A male dog’s instincts are to react to a female who is in heat.

Nature designed this occurrence to ensure the survival of the canine species.

When a female is in heat, her body emits a distinct odor that male dogs can smell from a long distance.

When he does, everything goes to hell for him. 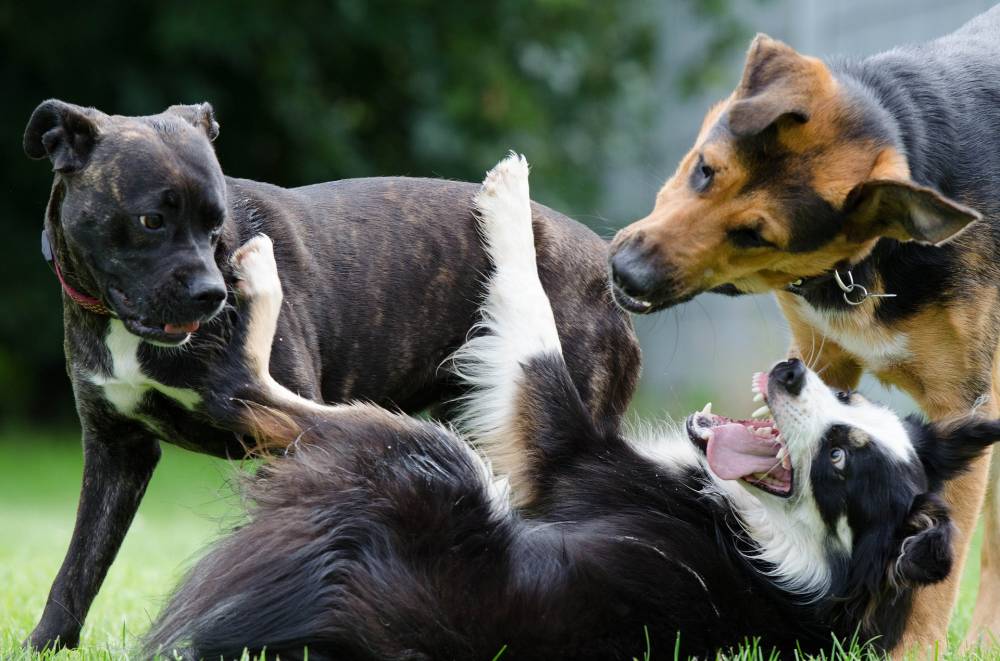 Every fiber of his being screams at him to find the girl and mate with her. So, how should you handle such a case?

How can you stop your male dog from smelling a female dog on heat?

Prevent your dog from smelling other females in the heat with these three tips.

When a healthy male dog smells a nearby female in heat, he will go to any length to get to her.

When a normally well-behaved dog begins to act strangely, it becomes difficult to manage him.

Male dogs may leap across, crawl under, or even cross a major roadway to get to the in-heat female dog.

If you don’t want a pregnancy, having both a female and a male dog that hasn’t been de-sexed living in the same house might be a bit stressful.

So, how can you keep your male dog calm throughout the estrus cycle of a female?

Vick’s vapor rub or similar methanol spray are excellent choices since they may mask the smell of the female dog during the heat.

Do you lock your dogs in the same kennel? If the female is in heat, spray her many times a day to stop the male dog from smelling her.

These sprays can significantly reduce the odor of your female while also calming your male.

Although menthol spray is intended for your female dog, you can spray it on both of your puppies, as recommended.

While the spray dries, occupy the female dog with a toy or a treat to prevent her from licking it off.

Separately playing with both dogs will keep them interested and distracted.

To keep the female engaged, place her in a room with chew toys.

Then go outdoors and play with the male dog.

That way, it’ll be unlikely for the male dog to smell the in-heat female.

Play with the female dog inside while the male is outdoors in a fenced-in area after you’ve played with the male dog.

To keep both dogs calm and comfortable, try to maintain a nice balance of equal time spent playing with them in distinct places.

Maintain a regular walking routine for the male dog, ensuring that he receives sufficient exercise for his breed and size.

Walking the male dog on a regular basis may help to keep him away from the female and ensure that he is tired when he returns home.

When the female is in heat, don’t take her for a stroll since she might distract male canines in the area.

Take her outside in a gated section of your yard and keep an eye on her so she doesn’t attempt to flee or chase down any passing male canines.

Housing The Male Till The Female’s Heat Has Passed

Even if you do your hardest to keep the dogs apart at home, the male dog’s aggressive behavior toward the female may be challenging to manage.

In this situation, it is best to board the male offsite, either in a kennel or somewhere else.

Stop the male dog from smelling any female in heat by locking the male in the kennel for the duration of the female’s heat, which may last up to three weeks.

You can help the male dog get used to staying in a kennel by allowing him to stop by for brief visits.

When the female dog is in heat, the male dog may be pre-booked to avoid smelling her in the kennel.

Keeping Him Away From The Female When She’s On Heat

The only way to stop a male dog from smelling others is to lock him away from a female dog in heat since he will not control his responses to her.

Also, keep the male dog inside or in a kennel, so he doesn’t get a whiff of her scent.

Request boarding and care for the male dog, with friends or family members looking after the female.

Allow your male dog to not go for walks or play with a female dog in heat.

If you are out of space or have many open rooms, confine the female dog in one room and the male dog outdoors until the female’s heat has passed.

Ensure there is a fence around the outside area to prevent the male dog from leaving the property.

This is only a viable choice if the weather is pleasant outdoors.

There are no local regulations or ordinances prohibiting dogs from being outside.

When a female dog is in heat, she may attempt to flee to locate a mate.

Her scent might draw the attention of nearby male dogs. 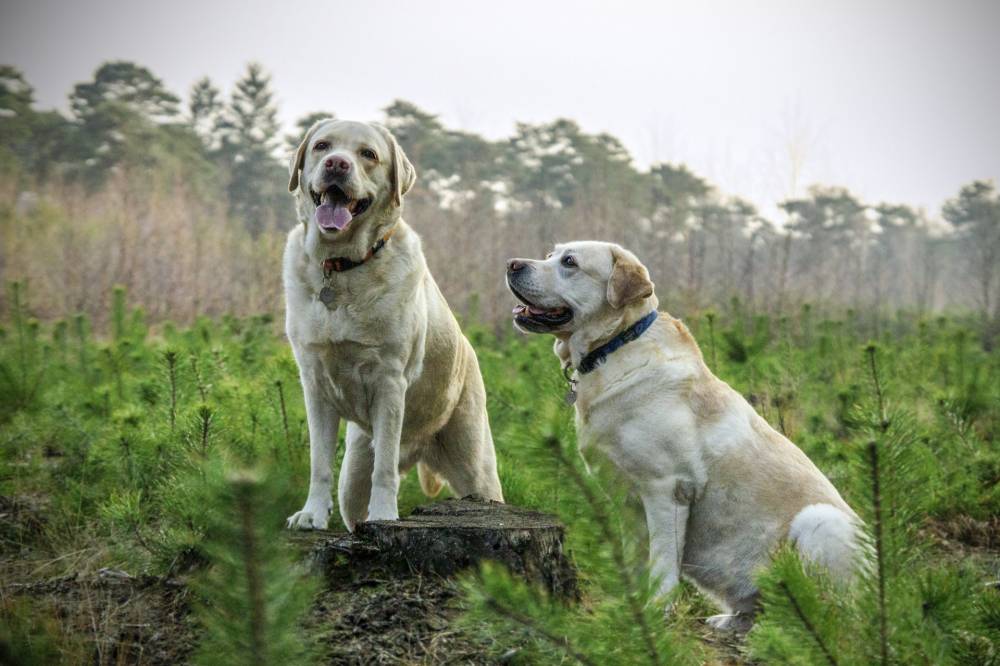 Keeping The Canines On Opposing Sides Of The House

If the two dogs share a home, keep as much space between them as possible since the male can smell and feel the female.

Put both dogs in different rooms as far apart as you can in your house.

Keep the door locked and avoid letting both dogs out simultaneously, so they are not near.

Make sure there are no female-owned toys or stuff in the male’s chamber since they will carry the aroma of the female.

When the male dog smells the object, he may whine, groan, or scratch at the door until the female dog has passed her heat.

Allowing An Expert To Handle The Matter

Castration, also known as neutering, is the surgical removal of the testicles.

Thus, you need to take your dog to a well-trained veterinarian to perform the procedure.

Though it is a simpler surgery than a spay, this procedure is performed under general anesthesia and is painless for the dog because he is sedated.

Making An Appointment With Your Veterinarian

When both animals are repaired, they will have a better result.

Most veterinarians recommend neutering male dogs before the age of six months to reduce their sexual desire and testosterone levels.

It’s preferable to have your dog spayed before she has her first heat, but you can still have the procedure done if she’s already in heat.

Keep in mind that neutering your dog will not prevent him from responding to females in heat.

He will simply be more subdued. As a precaution, you must keep the neutered male dog away from female canines in heat.

Assisting The Dog To Recover

The vet might recommend painkillers if that is necessary.

It’s typical for your dog to be queasy and have a poor appetite during the first few days following surgery.

For the first 1-3 days after surgery, make sure the dog rests and does not move or run too much.

Following the removal of the sutures, a male dog’s scrotum might temporarily enlarge.

After a while, the swelling should go away.

Bring the dog to the veterinarian straight once if fluid or discharge comes out of the incision or if the dog looks in a lot of discomforts.

After 7-10 days, you may need to return to the vet to have the sutures removed from the wound.

Certain veterinarians, on the other hand, use dissolvable sutures.

You must also watch for your pet’s activity after surgery, by making sure that it won’t have too many active movements during the period of 7 to 10 recovery period.

Don’t take him for a walk with too many people around, if possible carry him/her when using the stairs.

Place him/her also in a safe and quiet room so you can easily monitor the recovery.

Keeping a male dog in a house until the female’s heat period has passed.

This is one way to keep him from smelling other female dogs in heat.

Despite your best efforts, the male dog’s aggressive behavior toward the female may be challenging to control.

The male needs to be boarded off-site, either in a kennel or somewhere else.

Maintain the dog in the kennel for the duration of the female’s heat, which may last up to three weeks.

Separate the male and female until the female is no longer in heat.

This way you can stop the male from smelling the female dog.

Keep a male pooch peaceful by keeping him away from a female dog in heat since he will not control his responses to her.

If a room in your house is limited, keep the female inside and the male outside.

If you don’t have a lot of space or many open rooms, confine the female dog in one room.

Keep the male dog outdoors until the female’s heat has passed.

Ensure there is a fence around the outside area to prevent the male dog from smelling the female in heat leaving the property.

Separate the dogs into rooms on opposing sides of the house.

If the two dogs share a home, keep as much space between them as possible since the male can smell and feel the female.

Put both dogs in different rooms as far apart as you can in your house.

Keep the door locked and avoid letting both dogs out simultaneously, so they are not nearby.