Why do dogs display strange behavior after being neutered?

This question is frequently asked by pet owners, who are now aware that spaying or neutering can have a significant impact on their dogs. 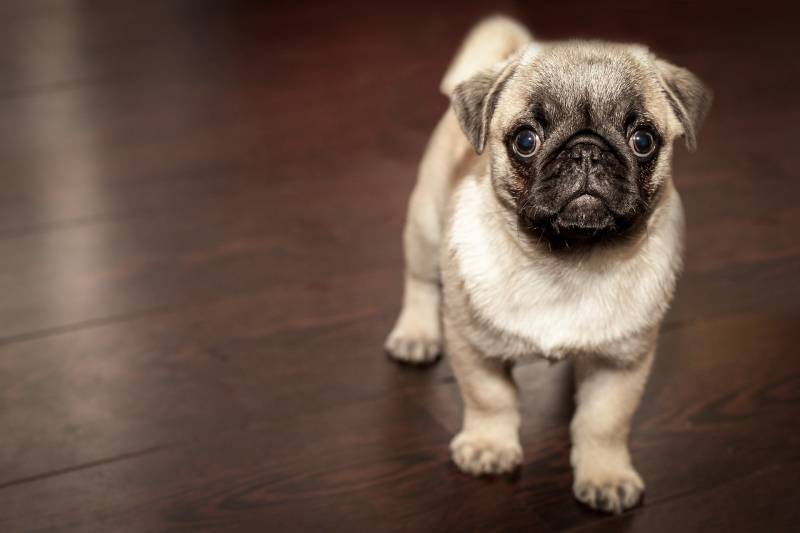 Neutering is widely practiced in the United States.

But, it has been linked to a wide range of negative impacts on dogs’ health and behavior, including aggression, fears of biting, territorial challenges, guarding, seeking out other dogs to fight with, escape attempts, and more.

Here in this brief guide, we’ve answered all your queries related to several strange behaviors in dogs after neutering.

Reasons Behind Strange Behavior of Dogs After Neutering

Neutering is the most common surgery in veterinary medicine.

Neutering your dog does not only decrease his desire to roam, but it helps reduce certain health risks, such as cancer and unwanted breeding.

Although neutering is a relatively safe procedure, you should expect significant changes in your dog’s attitude when you bring them home from the procedure.

That is just the truth, that you should be aware of.

After neutering a dog, the pet owner may experience some strange behaviors in their pets.

According to the Chicago Veterinary Medical Association, most changes are seen in male dogs compared to bitches.

It doesn’t mean that bitches behaviors stay utterly ordinary after the process of ovariectomy.

Female dogs also show some behavioral changes, but they are relatively low compared to male ones.

Furthermore, the effects of neutering a dog can vary from dog to dog as well.

These adverse effects, which can include heightened aggression, depression, anxiety, or even clinginess, only last for a brief period of time.

Some males who have undergone neutering might not even show any signs of the change.

Here is a list of strange behaviors which have been most commonly noticed in neutered dogs.

Seeing your beloved dog act out of character is not something you ever want to deal with.

According to a National Library of Medicine survey after neutering, the intake of food increases in dogs by about 32% in females and 42% in males.

Neutering male and female dogs can cause irregularities in metabolism as well.

The metabolism rises or falls according to the appetite of the pet.

The reason for unstable metabolism in dogs is that the secretion of sex hormones known as androgens and estrogen becomes low, which results in low or high metabolic rates in dogs.

The metabolism rate depends on the speed of appetite.

If the dog starts eating more than usual after neutering, the chances are his metabolic rate has increased.

Most owners witness this strange behavior after neutering their dogs.

It is true that after neutering, the dogs become lazy. They often tend to sleep more and pretend like they are not in the mood to do anything.

However, it is temporary. It is an effect of anesthesia that is used during surgery. The outcome may last 24-48 hours.

For a brief period of time, the dog is not in themselves because they are under the influence of surgical medicines.

That’s why they act dizzy and sleepy. The strange behavior in dogs after neutering is normal and of no concern.

The anesthesia can also cause vomiting after surgery.

So, if you witness your dog vomiting after you have fed it, don’t panic.

In dogs, vomiting is not unusual after neutering. It typically occurs within 1-2 hours of the procedure.

However, vomiting can continue for several days.

Although it’s usually nothing to worry about, you should always let your veterinarian know.

The leading causes are stress and pain resulting from surgery.

Another strange behavior after neutering dogs caused by anesthesia is sleepiness.

Your dog may feel scared, sleepy, and depressed following the neutering procedure.

This is all due to the anesthesia effect, which is normal, and the dog will continue this behavior for a few days.

So, no need to panic or rush to the vet. Just give them some extra love and care. That’s all!

This strange behavior is primarily seen in female dogs.

Due to the irregular (not balanced) production of estrogen hormone, the pet may face irregular urinary incontinence.

Sometimes, the male dog often pees on objects due to a behavior change as well.

The main reason for this consequence is pain.

The dog may pant and breathe rapidly due to the excessive pain he is experiencing.

If you notice your dog panting or breathing rapidly, immediately contact your vet!

Why Is My Dog More Aggressive Than Usual After Neutering?

It barks and runs to bite any stranger.

The stranger can be a person or a dog in the neighborhood and sometimes its owner.

Both males and females may demonstrate this strange behavior.

After neutering in bitches, they are not able to balance their hormones.

Which results in an increased level of testosterone (a hormone present in males) and ultimately a decrease in female hormones.

The increased testosterone level can be a cause of high aggression in female dogs.

Another major cause of aggression in dogs may be a pain.

After surgery, the dogs come back home tired and disoriented, which can increase their aggressive behavior.

How Can You Treat Strange Behaviors In Dogs After Neutering?

If you’re like most dog owners, you want to make sure your furry friend is as healthy as possible.

The treatment of strange behaviors in dogs is not difficult, but it takes time.

Below, we have compiled a list of all the possible solutions to treat strange behaviors in dogs.

Even though spaying and neutering are common procedures for dogs, they cause strange behavioral changes.

Many dogs sometimes weirdly behave differently after getting neutered.

The strange behavior after neutering dogs includes aggression, fear of biting, territorial challenges, guarding, seeking out other dogs to fight with, escape attempts, and more.

Such strange behaviors have been an area of great concern for dog owners and the focus of many researchers.