Home > Behavior > Why Do Dogs Spin In Circles? – Reasons Explained

Many dogs adapt behavior patterns that their owners have.

It’s why we love our canine friends so much. But why do dogs spin in circles?

Does it mean he is copying his human owner?

Not necessarily, but spinning in circles is a weird behavior pattern seen in most dog breeds. 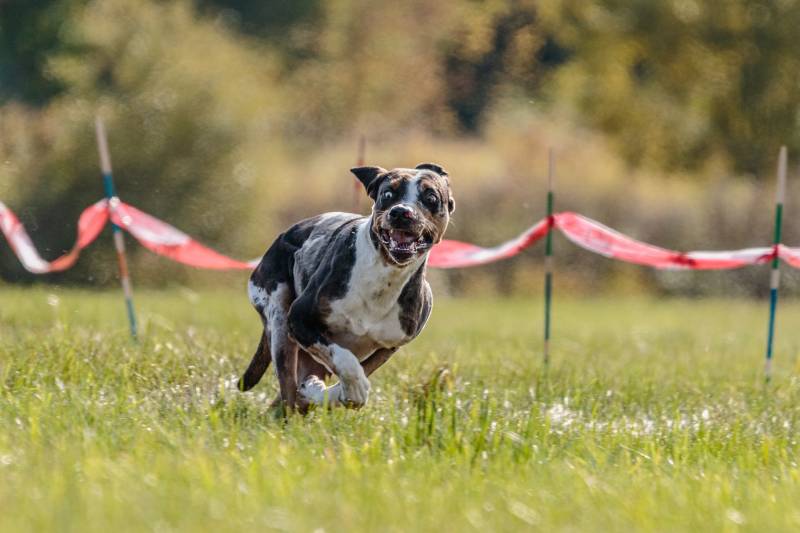 It makes you dizzy just watching your pet do that, but why does he do it?

7 Reasons Why Your Dog Is Spinning In Circles

1. They Make Sure They’re Comfortable

As mentioned, our dogs take on many of our habits.

If he is allowed to sleep on your bed at night, he will have witnessed some of your bedtime rituals.

But why do dogs spin in circles on your bed?

He will have seen you plumping up pillows or shaking up duvets or comforters.

He will have seen you adding blanker or even kicking off covers when you get too hot.

Dogs never just step into their baskets and plop down.

They sniff, paw at, and turn around a few times before they eventually settle down.

He wants to make sure that his sleeping area is comfortable.

Some dog experts tell us that this turning around-in-circles behavior is inherited.

Wild wolves have always done this, and domestic dogs have retained this genetic predisposition.

Why do dogs spin in circles before lying down?

Turning in circles before lying down is a way for a dog to make sure he’s safe.

Dogs in the wild have always known that they had to check out the area before lying down.

They then had to position themselves in such a way as to be alert to predators.

Spinning in circles would allow a wolf to sniff the air and the direction of the wind.

He would then lie down, knowing that he would be facing the right direction to pick up scents of danger.

Domestic dogs, even though they mostly sleep indoors, have inherited this characteristic from wolves.

Just like their ancestors, our pets will spin around a few times to make sure that everything is as it should be.

Only then can they settle down for the night.

3. Beside Himself With Joy

Think of when you pick up your 2-year-old toddler from nursery school. They are always excited to see you.

According to behavioral measures, a dog’s mental abilities are that of a 2-year-old child.

So you can understand that your dog is just a child when it comes to showing joy at seeing you again.

With the mental capacity of a tiny child, your dog takes great pleasure in simple things.

Dogs spin in circles when they are excited to see you, even when you’ve been gone for just 10 minutes.

But why do dogs spin in circles when they see you?

They don’t know how to contain their sheer joy at seeing you again.

This is particularly true of dogs who suffer from separation anxiety.

They can’t bear you to be gone for even a minute.

Even though dogs have the mentality of a child, we tend to forget how intelligent they can be in their own doggy way.

Why do dogs spin in circles when they see their leash? They know when it’s walking time.

When you take his leash down from its hook, he’s there, spinning excitedly in circles.

He knows just what’s in store for him. There are a lot of brand-new smells to explore. 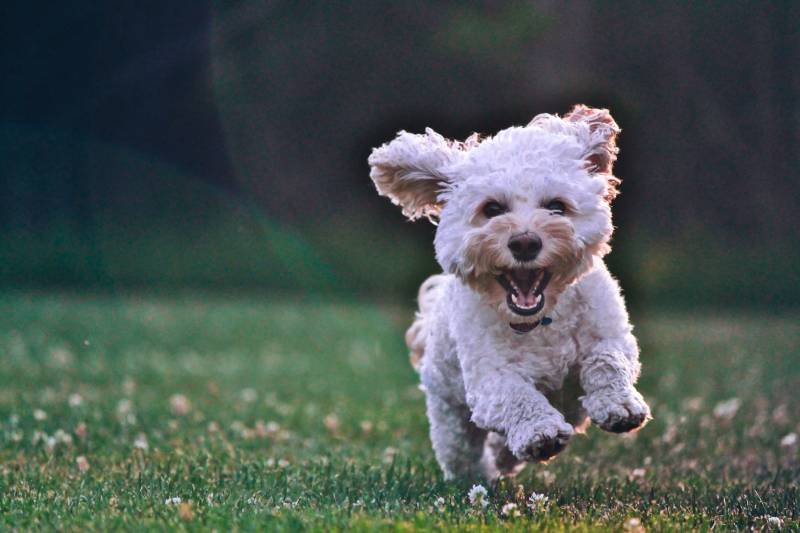 He knows all the signs that spell fun times for him.

It could be a ball game, new toys, or going for a walk. He is all eyes and ears.

He waits and watches, and it’s his cue to spin around and around at the mere prospect of fun times.

Some dogs who adore their owners literally go into tailspins at the sight of them entering the house after a long day at work or on vacation.

When they are excited, they spin quickly, bounce up and down, and some even yell out happy greetings.

Most times, your dog’s spinning in circles is indicative of sheer joy and excitement.

Other times there may be a more concerning reason.

It is sad when your best friend is walking in circles because of an illness.

Ok, so your pet won’t necessarily be spinning when he has an illness, but he will be walking in circles.

If there is no reason for excitement or joy and your dog is spinning for no reason, urgent veterinary attention may be required.

An ear infection is one of the most common illnesses that will have your dog walking in circles.

You can pretty much know it’s an ear infection because your dog will be shaking his head and scratching his ear.

An ear infection is something that has to be treated quickly by a vet.

Your vet can also establish if it’s not an ear infection but something else.

It could be a neurological problem, or he could even have suffered from a blow to the head.

Your vet will examine him and know the cause.

Dogs may also suffer from canine-compulsive disorder, which is very similar to OCD in people, and may spin in circles or continuously chase their tails.

6. They’re About To Poop

You dread winter nights giving up your warm spot to take your dog out for his final wee and poop.

Why do dogs spin in circles when they want to poop?

It’s such a ritual with some dogs as he spins around, trying to find the ideal pooping spot.

Sometimes he even tests your patience. He poops a bit and spins around again before settling on a new place to do his business.

There are quite a few reasons why dogs spin around before squatting to relieve themselves.

Some veterinarians tell us that they circle to make sure they’re completely safe.

Dogs don’t want disturbance sometimes, and these are those times.

They’re making sure that nothing disturbs their number 1 and number 2.

It’s once again behavior that reverts back to ancestral wolves.

He is just doing what dogs in the wild have always done – checking his safety.

Sometimes your dog will chase his tail and even make you sick with dizziness.

You may see your dog doing that once or twice.

He just invented a bit of fun and silliness for himself.

If you’re at work all day and your pet is left alone, make sure you leave him with some interesting, stimulating toys.

Tail chasing may entertain him for a while but not for long.

However, you may have noticed lately that he is doing it far more often and for longer periods.

You’re sure it’s some kind of compulsive behavior.

If it doesn’t stop, you’ll have to have a word with your vet.

You wonder if he’s not just plain bored. Dogs require plenty of physical activity to keep in good physical and mental shape.

You can avoid this habit by making life more fun and active for your pet.

You may have seen your dog spin round and round like a whirlwind, making you feel quite nauseous.

You may even laugh every time. He has caught on to the positive vibes you’re giving off, and he whirls around often just to get your attention.

Most times his spinning is harmless – he’s just a typical dog. Why do dogs spin in circles?

You can see there are a few reasons for this odd behavior, but it’s a typical canine thing.

He’s just super excited, he could be anxious, bored, or he’s checking out his surroundings.

If the spinning does become obsessive or he seems to be in some kind of distress, then it’s time to have a word with your vet.

As a responsible pet owner, you want to ensure that your 4-legged friend is as right as rain.