Home > Interesting Facts > Can Dogs And Wolves Breed? – All You Need To Know

When a domestic dog of Canis familiaris mates with a wolf, it results to have a hybrid animal known as a wolf-dog.

Wolf-dog resembles its parents, with genetic make-up from both the dog and the wolf parent. 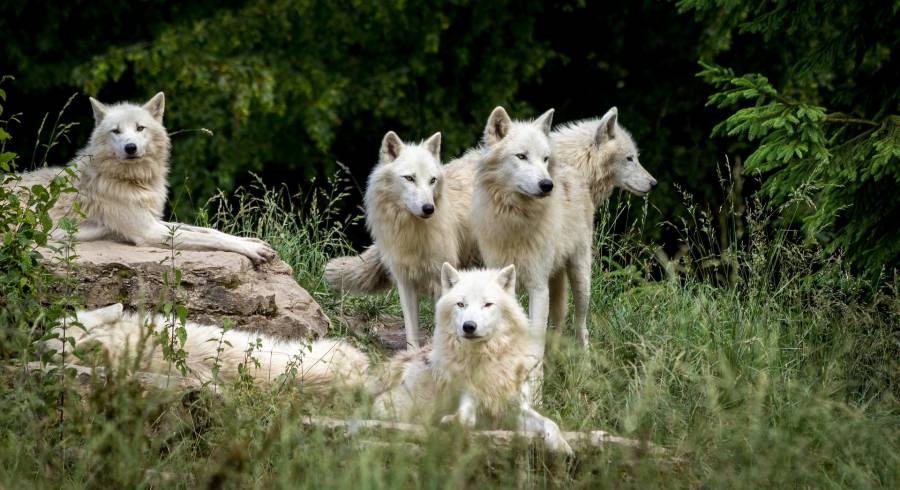 Wolves can exist independently of humans because of the survival traits that allow them to hunt prey, protect, and reproduce.

Dogs (except wild dogs) live in the human environment through years of evolutionary domestication that adapted to human lifestyle and survival behavior.

According to records from the late 1990s, there were over 10,000 wolf dogs living in Northern America, primarily in the United States.

Despite the fact that some wolves were intentionally crossed with dogs, gene sequencing has revealed that gene flow occurred in the wolf population but not in the dog population.

In 1982, Wyoming dating of dog skulls from ten thousand years ago showed evidence of similarities with wolf dogs, although questions later arose as to sufficient evidence from this dating.

Black wolves are said to have originated from Northern America and Italy.

Mutation in wolf population resulting from crossbreeding with dogs bequeathed black variegated coloration to black wolves, as documented by biologists.

As revealed in a 2008 study, this mutation yielded the gene for beta-defensin three produced by epithelial cells and neutrophils and is responsible for immunity against infections.

A biologist, Robert Wayne, believes that mutation transfer between dogs and wolves dates over 47 000 years ago, which produced the black wolves.

Wolves move in groups in the wild and express aggressive behavior toward wild dogs.

Any threat to this existence by wild dogs could tame the wolves and cause peaceful coexistence with the dogs.

It may eventually lead to hybridization.

Breeding of wild wolf dogs is typically in areas where there is an expectation for domestic dogs to be prevalent, though this breeding can occur in wolf-populated areas.

The increase in the population of wild wolf dogs has been a threat to the continued existence of wolves in the wild because of the possibility of wolf extinction.

The results from 2018 research examining the sequence of over sixty thousand mutated genes, single-nucleotide polymorphism, of a part of the wolf genome indicate that some Eurasian wolves are offspring of wolf dogs.

Features Of Wolf Dogs Versus Parents

The exact features of wolf dogs depend mainly on the wolf content. Some traits are outlined below.

Reproduction Between Dogs And Wolves

Domestically, wolves and dogs can breed because they have standard physiological features and share similar genetic materials.

However, wild wolves are aggressive and protect themselves against dogs, preventing interbreeding with dogs.

Growth And Maturity Among Wolf-Dog, And The Parents

Because wolves and dogs mature at various speeds, wolf-dog strength and mental growth are unknown. However, some facts are clear.

Other domesticated animals can quickly inherit wolves’ capacity for self-sufficiency. 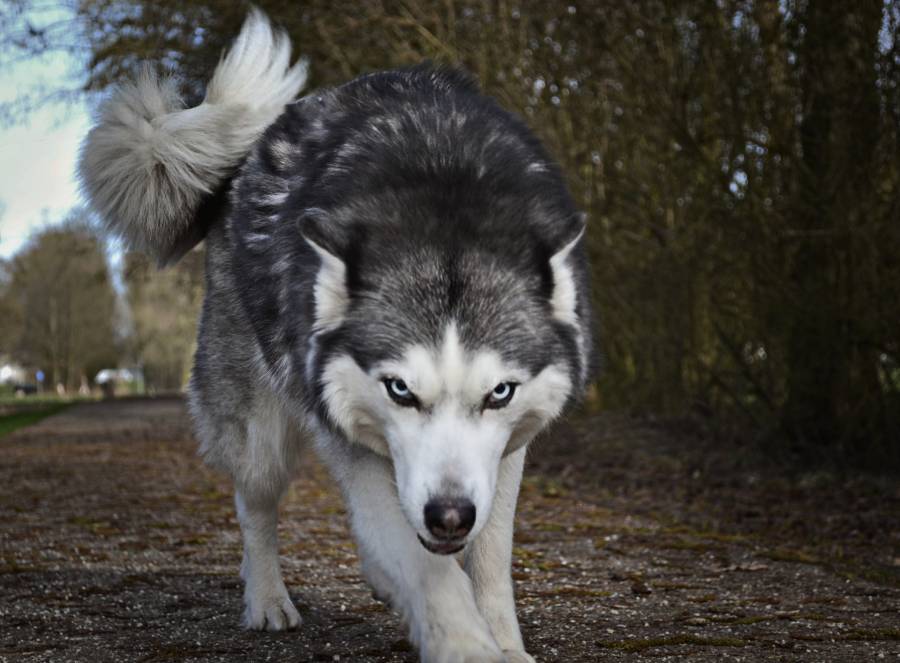 Hybrids exhibit the wolf’s territorial instinct to varying degrees due to combining the qualities of a dog and a wolf.

In summary, Wolf-dogs may exhibit combined maturation characteristics of both wolves and dogs.

Caring For Wolf Dogs As Pets

Educating people buying wolf dogs on their behavior, health, restraint strategies, and the rules that apply to their ownership is important.

Wolves are inherently social creatures relying on their pack for association and involvement.

Potential hybrid owners usually overlooked the importance of understanding the nature of the wild wolf and the domestic dog.

When the animal exhibits unexpected behavioral patterns, these pet owners may become frustrated.

Owners should also be aware that wolves kept in cages or chained will have a sad existence.

When any animal, wild or domestic, is denied essential freedom, humans are at risk.

To reduce this risk, the animal needs to adjust to living around people.

Before buying them, you should start changing their way of life, and you should keep up the training.

Owners of pet wolf dogs should vaccinate the animals.

Due to the fact that hybrid keeping is illegal in some areas, some veterinarians choose not to treat hybrids.

Others may require owners to sign a waiver acknowledging that the vaccine is being administered for “off-label” use and cannot be relied upon to provide complete rabies protection.

Crossbreeding has an uncertain outcome.

It’s similar to rolling the dice. It’s impossible to predict what you’ll get.

The perfect wolf hybrid would look like a wolf and act like a dog, but sadly, many individuals end up with a dog with wolf characteristics.

A wolf-dog inherits DNA from the parents, making it half dog and half wolf.

When the wolf-dog breeds with other wolves, wolves, or dogs, there is gene flow among the animals.

Any individual hybrid may alternately develop the morphological and behavioral traits of the parent; some could be mostly wolf or any variant or combination of the two.

If a domestic dog has had three generations of wild wolf ancestry, it is possible to perform genetic testing to inform the owner of that fact.

Some of the excellent wolf characteristics may be lost in hybrids, but there might be some remains of the wolves’ violent behavior.

The legalities of keeping wolves as pets present one of the most significant challenges.

Keeping a wolf as a pet is illegal in only a few countries around the world.

The laws are different in each region. In some jurisdictions, wolf dogs are illegal to own, while in others, they are grouped as wild animals.

When this does happen, it typically only does so when the owner has particular, hard-to-get permits.

But a number of variables will play a role, with your residence being among the most crucial.

It requires that owners obtain the same permits and cages as wolves.

Some states delegate hybrid law to counties and municipalities, while in other places treatment for hybrids is like dogs only need the recommended vaccinations and permits.

It is acceptable to own and transport wolves without a permit in the state of Nevada, for instance.

But it’s not quite that simple. For the sole purpose of being kept as a companion animal for humans, the wolf must have been raised in captivity.

Every state in the United States of America, though, has its own approach to the issue. Because of this, some US states permit the ownership of wolf-dog hybrids.

For instance, in Durham County, North Carolina, hybrids are still illegal, but not necessarily in other counties.

Because wolves and dogs are so closely related, it can’t be easy to distinguish between a wolf, a dog, and a hybrid.

It’s crucial to assess behavior and how well-adapted a hybrid is to living in a house with human companions.

With an emphasis on human safety, community, and the capacity to live in peace, the reality is that animals with more wolf-like behavior are unlikely to perform well in our homes.