Home > Behavior > Why Would A Wild Turkey Be By Itself?

The wild turkey (Meleagris gallopavo) is a bird that is not only famous as a symbol of the holiday season but also holds ecological, aesthetic, and economic importance in North America.

Wild turkeys are birds who all venture up the wild in groups.

But oftentimes, people witnesses a few turkeys gobbling here and there alone.

Some wild turkeys do not leave the same spot for days as observed. 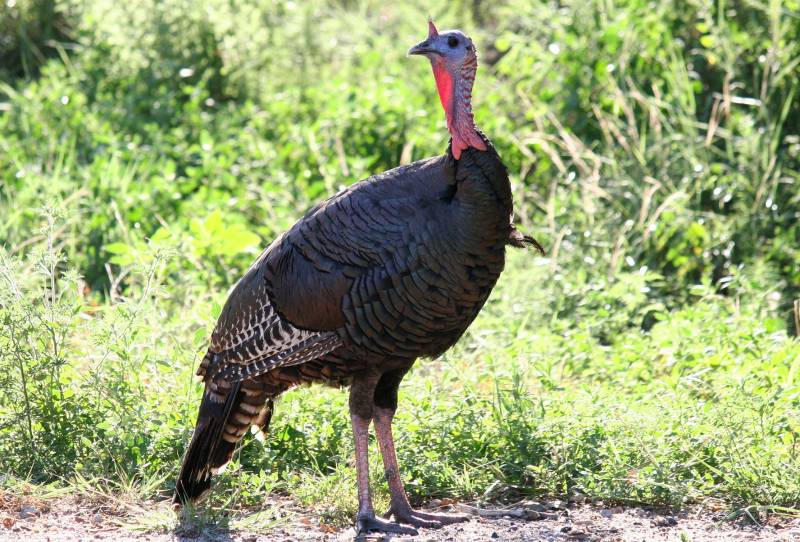 A wild turkey being by itself,  when it is a flock bird, intrigues people, and they want to know why.

If you, too, are curious to know why a wild turkey plays a lone wolf, then you’re at the right place.

In this article, we’ll explain all the plausible reasons why a wild turkey sometimes roams or stays alone.

Reasons Behind Why Would A Wild Turkey Be By Itself

Wild turkeys rarely move without their flock. Being birds of a feather who, all the time, flock together, wild turkeys are social creatures.

Wild turkeys perform most of their life activities together as a group.

Moving and foraging together gives them a sense of security against possible predators around.

Another possibility is that it is a young turkey calling out to its mother and other flock members after becoming separated from the group.

Throughout its life, a wild turkey might leave its peck or depict lone wolf behavior for the following possible reasons:

1. When A Wild Turkey Is Socially Cast Away From The Flock

As mentioned earlier, turkeys of a feather flock together.

A wild turkey is a bird that lives with his/her other peers for survival and safety.

They live in groups that have a pecking order.

Wild turkeys have a basic social organization known as a pecking order.

This order is a linear hierarchy wherein one single, alpha male turkey, or a group of turkeys, dominates turkeys or groups with lower social rank.

The strongest, highest-ranked tom (adult male turkey) individually dominates all the omegas in the flock.

How Pecking Order Is Determined In Wild Turkeys

Generally, most flocks consist of siblings units that have been raised together by one or more female mother turkeys.

Young siblings challenge and fight each other so they can determine their social rank or pecking order.

Wild turkeys often fight with other group members to maintain their social rank and show dominance.

A set of contests determine the social rank of sibling units within the flock during the winter season.

Sibling male wild turkeys remain in a single flock and stay together for life.

But in some rare cases, an omega might get casted-away from the flock or leave the group on its own.

The socially cast-away omega turkey may feel oppressed and decide to live on its own.

Your lone turkey might be one of those turkeys who are casted-away from the flock.

2. When A Wild Turkey Is Courting The Female Turkeys

Interestingly, in a single flock of wild turkeys, one matured tom (alpha) can rule over a harem of females.

A mature, dominant alpha tom is the only one who can mate with multiple female turkeys.

Other lower-ranked toms (omegas) have to wait for the alpha tom to be the first mate.

They don’t want to be under the dominance of alpha turkeys while courting female turkeys.

Your lone turkey could be one of those Jakes looking for potential mating partners on their own.

The alpha turkey ostracized a wild turkey that hasn’t found a mating partner since it doesn’t want competition around him.

An alpha male with the highest rank might force any omega turkey to leave the flock during a mating season.

Your lone turkey could be one of those omega turkeys who are casted-away from the flock by an alpha male because he doesn’t want competition around him.

Sooner or later, once the mating season is over, other flock members welcome the lone turkey back.

3. When A Wild Turkey Is Nestling Or In Mourning

Female wild turkeys are known as hens, and you might encounter one or more lone hens during the breeding season.

Usually, mother hens separate themselves from other flock members to locate safe spots to lay their eggs. 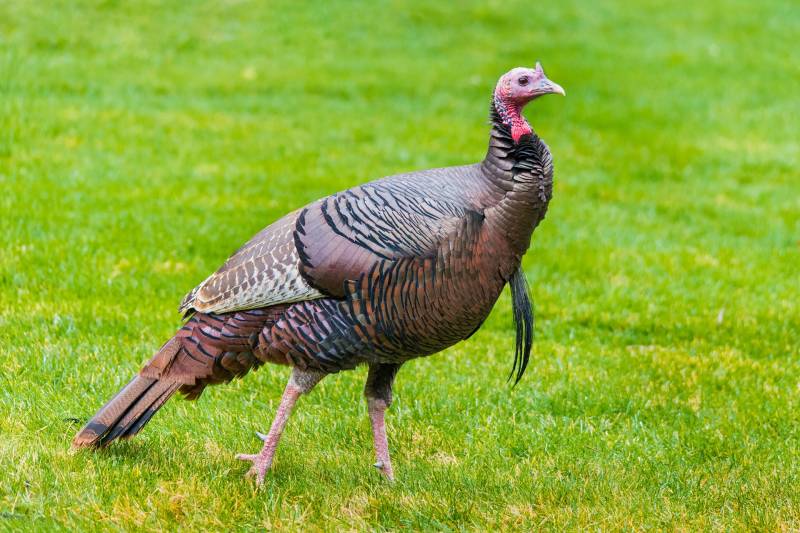 During nesting, the behavior of female wild turkeys dramatically changes.

They happily go alone and avoid other hens while searching for safer and more comfortable locations to lay eggs.

They often make nests at the base of trees or against fallen logs.

Most hens establish their nest usually within 200 meters of water as documented by biologists.

They lay eggs near areas where they can easily forage and feed the poults.

Being birds who do ground-nesting, wild female turkeys have to meticulously establish nests where predators are fewer in number.

Eggs of wild turkeys are particularly more vulnerable to predators compared to other birds.

Predators consume turkey eggs. They also kill and eat the neonates after when hatched.

Therefore, mother hens separate themselves and actively search for spots to ensure the safety of their babies.

Your lone turkey might be one of those mother hens who are searching for a place to build nests.

A wild female turkey might also be distraught to find her nest destroyed by either a predator or humans.

Your lone turkey might be a mother hen mourning the loss.

She might be hanging around from day till night at the same spot mourning the death of her babies but she won’t hang around for a week just to mourn.

To sum up, courtship or nesting could be two main reasons why a wild turkey is by itself.

Your lone turkey might also be a young Jake that has become separated from its group members.

The lone jake might be calling out to his mother and fellow flocks.