How wonderful is to see a nest in your garden and hear those adamant and tiny begging calls of baby birds every once in a while.

A nest is not only a place where a bird lays its eggs.

It eventually became a safe haven for baby birds once they hatched.

It is also a place where baby birds see the world at first and where all their firsts started. 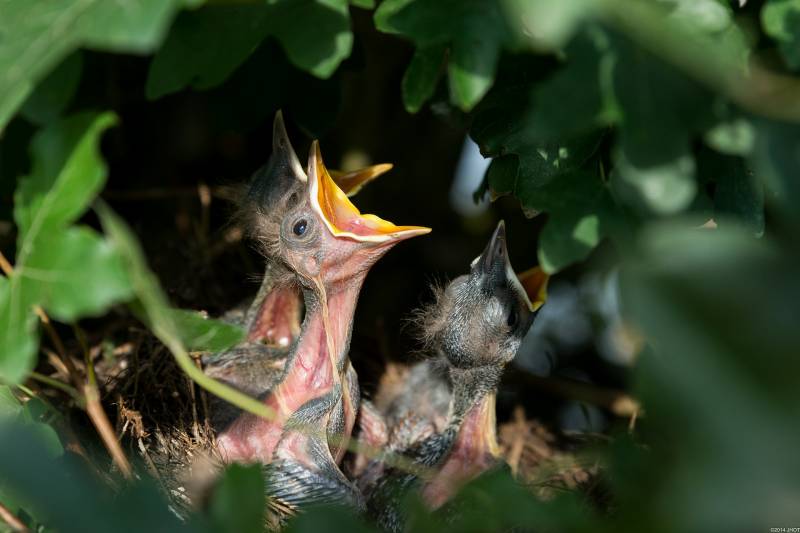 Though things look blissful and comforting when you see attentive parents with their baby birds, life is a tough row to hoe for them.

Life In The Nest

Baby birds face a lot of threats living in the nest.

About a quarter of baby birds die naturally while they are still in the nest.

Either there is something wrong with them that is not noticeable, or they are too slow when it comes to development.

Frequently, it can be because nests are vulnerable to attacks from predators.

Whatever could be the reason behind, nestling mortality varies based on many things.

Baby birds are favored prey for many predators.

They are so young, weak, and fragile that if a predator attacks them, they could not defend themselves.

So, the nest’s location is crucial and should be carefully decided by the bird’s parents.

The nest will be the shelter of their baby birds for the coming days.

If the location is in a common area, like in a tree, there is not much that can be done for protecting it.

Baby birds or eggs in these nests may die by falling out of the nest, or the entire nest may fall from the tree.

There are predators like snakes and other birds who can attack anytime, so bird parents should also be wary.

For birders trying to brood the birds, if the nest is in the nest box or a birdhouse, protecting the baby birds won’t be a problem.

You only need to put the nest or birdhouse in a good location. Putting a camera box near it will also help.

Nests come in divergent forms, such as cup nests, ground holes, and piles of twigs and leaves.

If the nest is too small for the baby birds, it could be suffocating for them.

For that same reason, baby birds bullying their sibling are a possible cause of mortality.

If the nest is built from spiky stuff and is too rough for the baby birds, it could also cause irritation.

Nests that are not properly built and secured during extreme weather conditions, such as storms, will be shaken by the winds and rain.

Basal parents, also known as first-time parents, could be one of the factors too.

So, they will abandon or even kill and eat them.

Bird parents will not give all their efforts to protect their offspring.

This behavior is very contrasting to humans.

And if the risk is too significant for them, they will leave the nest and the baby birds.

If the baby birds are left unattended, they will eventually die.

Malnutrition is a major contributor to a lot of the ailments that affect pet birds.

For baby birds to have a higher survival rate, they must receive proper nutrition to grow healthily.

Bird parents work hard day and night to provide food for their offspring.

From providing them protein coming from insects, fish, fruit, sometimes meat, and other food they could find.

But in some cases, if the bird parents are basal, they have a hard time finding food for their babies.

Thus, leading to malnutrition of the baby birds.

Or they are not feeding their baby birds properly because they did not figure out yet how.

There is also a high chance that they die from dehydration as they don’t get any water in the nest.

It’s a reality of birds’ life.

The level of temperature is also a factor when considering bird mortalities.

The growth and development of young birds depend on the nest being kept at the ideal temperature.

If bird parents are out on a sunny day for a more extended period in search of food, baby birds are at risk of dying from overheating. 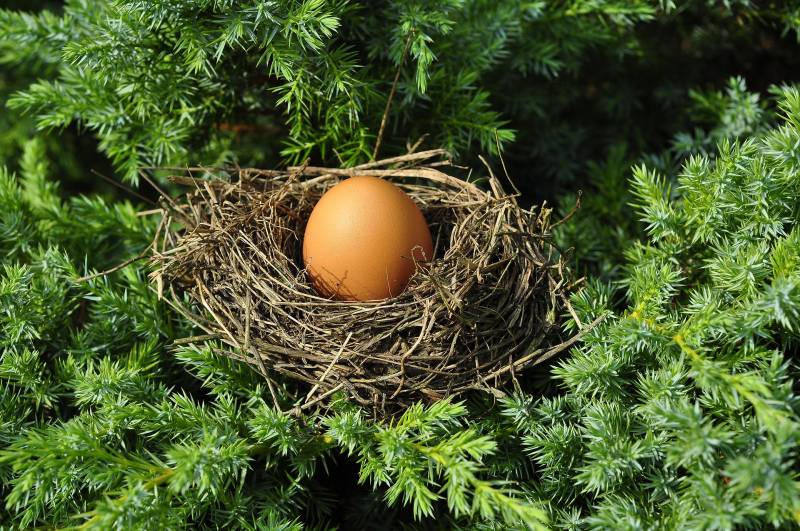 If the weather is not acceptable and there is no shade for the nest, the baby birds might be at risk of catching a cold or freezing to death.

Changes in ambient temperature, both long-term and short-term, can stress adult birds, preventing them from actively foraging and properly feeding the nestlings.

Rainfall can also have a negative impact on nestling provisioning rates and success.

It might be surprising, but yes, it happens to animals also.

When there are multiple baby birds in a single nest, the potential for sibling rivalry arises.

This may be due to competition for food and parental attention. The degree of rivalry varies.

.Ranging from a low level of violence to aggressive pecking of one sibling towards another until the bully dies.

This behavior mostly occurs when there is a shortage of food, indicating intense competition.

There are also times when bird parents favor one of the baby birds and give it more food and care.

Often, bird parents tend to side with the strongest baby bird leaving the weakest behind.

An empty bird nest serves as a breeding ground for parasites such as mites, ticks, fleas, and other scavenger insects, as well as carpet beetles, hide beetles, spider beetles, and cloth moths.

Feathers, droppings, nest materials, and dead birds are all sources of food for parasites.

Parasites can be deadly to baby birds as they are still young and can’t even defend themselves.

The parasites will remain in the nest if the birds do not die, leave, or abandon it.

Once the birds have left the nest, if these parasites are not eradicated, they will search for another host, typically a human.

The world is a competitive place, not just for humans but also for birds.

Their struggle to live started from the day they were born.

The mortality rate of baby birds is high, so every bird we see outside is a true survivor!