Did you ever wonder how animals see the world?

What do fish see? Can fish see water?

Underwater, everything looks blurry to humans.

Because water is denser than air, light waves bend as they pass from air to water.

That means an image isn’t focused precisely on the retina when in water, hence the blur. 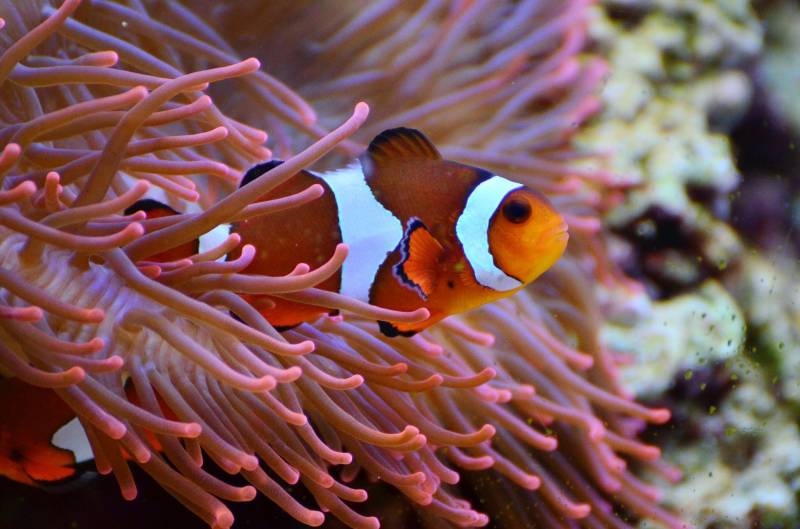 By contrast, fish have almost spherical hard lenses that can see everything up to a one-meter distance.

But, to answer the question, if fish can see water – no, they can’t.

Can Fish See Water? – The Vision Of Fish

The fisheye is very similar to the human eye and has the same parts.

But the parts function in a slightly contrasting way because of how light acts under the water.

There is a pupil (iris) for light level adjustments, a lens for perceiving an image, a cornea for structural barrier and protection, and a retina with light-sensitive cells.

The only difference is that fish lenses have a high refractive power because the cornea is directly in contact with water.

Meaning, fish eyes do not need to dilate and constrict when perceiving light.

On top of that, it has a broader field of vision than human eyes.

This is because of its cornea also makes it able to see wider angles like those camera lenses called fish-eye lenses.

However, the object being perceived is focused only in the center.

Besides, to focus the images, they do not change the lens’s shape.

But only move them closer to or further away, just like a camera lens.

But it does not mean that the fisheye can see water, as the water’s color is transparent.

They can only feel it through movement.

How eyes perceive things is all because of the light that travels through the interface of an element with different refraction indices where light should bend.

For the fish to see water, it should not be transparent so light can bounce off itself.

However, as they live in a diverse environment, the water may sometimes be opaque if not perfectly transparent.

Just like air, which is also transparent, the human eye can’t see it.

When there’s smoke in the air, you don’t see air.

But you see the light bouncing off the smoke in a manner that the light reflected or came from it.

The same thing goes for water and fish being able to see it.

What Do Fish See?

Although fish inhabits the water, they reside in a different environment where lighting completely varies.

If the absorption of light in the water grows, the illumination available ceases to decrease.

That is why it will depend on how many light wavelengths are being received for the fish to perceive colors.

Fish have four different cone types, one of that is detecting ultraviolet light.

The ultraviolet cones serve to see the plankton, although not all fish have them.

Some species only have it when they are still larvae. In contrast, other fishes have it at a specific stage of their adult life.

A perfect example is the rainbow trout fish, which have them only if they reside on the river banks.

Most fish species can visualize colors due to those chemicals in their eyes, allowing them to perceive colors in different spectrums.

They can spend their entire lives in a vibrant environment because their vision varies depending on their habitat, such as underwater filled with coral reefs or on gleaming sand.

So, we can assume that whatever is underwater, fish can perceive it.

However, seeing the colors is not achievable at night.

This helps them find their prey despite various backgrounds and recognize mate prospects and predators.

There are fish that can sense ultraviolet, and others are also responsive to polarized light. 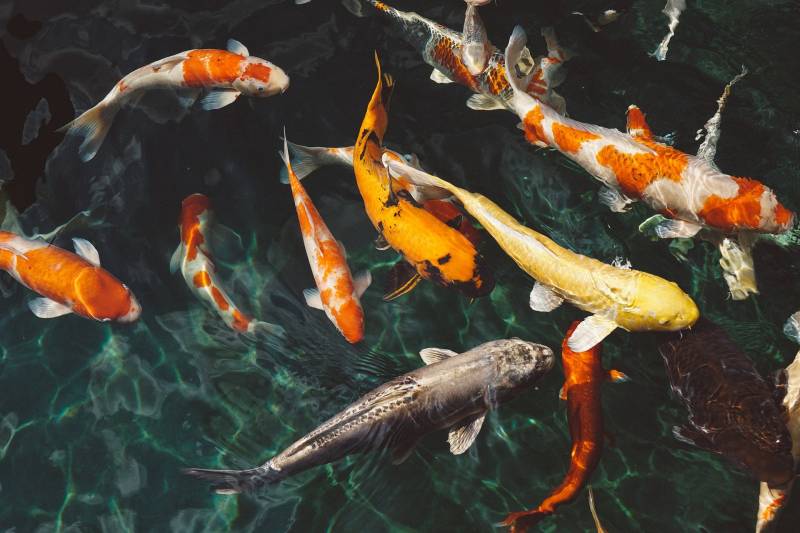 The vision of the fish displays a developmental adaptation to their habitat.

Depending on the kind of water environment they live in, their eyes will adapt.

Like the fishes which reside in the deeper part of the waters, their vision is designed for the darker environment.

Although fish can see underwater, it doesn’t mean they can see the water.

The clarity of water significantly affects how light absorbs underwater.

It is usually influenced by factors like airflow, suspended solids, algae, and the sun’s angle.

For example, in a depthless pond, the clarity of the water is low during the warm season because of the algae.

Some visual system of other species is accustomed to different habitats.

Fish that live primarily in depthless, clear water will have better color vision.

Fish that reside in the deeper part of the water has bigger eyes holding more rods, which aids the fish to recognize the light in a naturally dark environment.

Other fish have already foregone much of their eyesight in favor of other senses.

Suppose there is small light or none at all extending into the water.

In such a case, a fish will continue to perceive little, nonetheless of how advanced its eyes are.

So, senses, like recognition of easy-to-dissolve chemicals and lateral lines, occur when identifying food and predators.

Experts have a term called “window of vision” of the fisheye to the world over the surface.

This is almost directly over and above them.

It is a cone-shaped area of vision that the fish can perceive.

The nearer the fish is to the water’s surface, the smaller the broadness of the “window.”

Anything outside the “window” tends to be concealed by the mirror effect.

The same appeal to the human eye and explains why photographs taken underwater feature a round halo of light and look distorted.

This window’s center is exact and focuses on a fish but becomes misty towards the edges.

A fish could not focus on objects straightly above it, though.

Outside of this 97.2 field, fish cannot see anything above the water, only reflecting the surface.

However, it all depends on water clarity, ripples on the surface, and light levels above the water’s surface.

Can Fish See Water? – Did You Know?

“The quality of fish vision also depends on their diet as well. Say, for example, a lack of vitamin B1 (thiamine) can lower the ability to capture prey and decrease growth.”

To wrap this out, what a fish sees and what we see are very different.

These may even vary between individual fish or fish of different ages.

We may not truly understand what exactly a fish sees through its eyes.

Still, if nothing else, it gives us the idea that vision is an essential sensory system in general.

A fisheye may not see water, but they have eyesight that is made in the best way for their environment.