Some birds become active at night, screaming out their different intentions, which could make you wonder what birds are screaming at night.

There are particular birds that are intelligent animals, like crows, ravens, owls, magpies, and parrots.

They can learn a vocabulary of 1000 words or more.

These birds have unique bird calls of their own, which they use to communicate.

If you aren’t familiar with them, you may even become disturbed or unsettled to hear their high-pitched screaming, squawks, and screeching,

No one can blame you for thinking it’s a scene out of Halloweentown whenever these birds scream at night.

Creatures of the Night

Most birds sleep at night.

They are diurnal – active during the day and asleep at night.

And many nocturnal birds use the night for their activities.

They have a mysterious aura about them.

Many are predators, and with their excellent eyesight, they pounce on other birds, rabbits, rats, and frogs.

Many birds sing and chirp at night, but what about the screamers?

Owls are famous for their nighttime screams, but many other birds croon at night.

Some of these are the nightingale and the mockingbirds.

But there are those birds that don’t have hauntingly beautiful voices.

What are the birds that have blood-curdling screeches?

What are they trying to communicate between the cacophony?

All their sounds have different purposes, as follows:

Owls Are the Top Night Screamers

You cannot blame bird lovers interested in identifying the shrieks of birds in the night if they misidentify the birds.

The screaming at night is very similar among some of the owl species.

The Great Horned Owl, native to the Americas, is one of the bird species known for their night screaming.

But even with this one bird, they have different calls.

The male and female of a breeding pair will perform alternating calls.

You can hear a mix of screams, shrieks, hisses, whistles, and different wavering cries.

They will also snap their bills when stressed or disturbed.

There are other screamers among the owl, like these nocturnal birds of prey.

Screech owls make the most unusual noises at night.

If you’ve experienced the screams of screech owls, there are no less than 25 species.

It is hard to imagine that such screams can come from a fairly small owl species.

These Screech owls are nocturnal birds, and some are no larger than a robin.

They may lead solitary lives and aren’t seen very often, but they are extremely vocal.

Some don’t screech that often, but they have distinctive calls, with some sounding like the whinny of a horse.

In New Zealand, they’ve got the Screeching Morepork Owl, the only surviving native owl.

The bird is known for its plaintive call.

Even though it is a small owl with striking yellow-green eyes, its shrill calls are heard almost exclusively at night.

Its screaming can be a repetitive squawk sound and a yelping-like call.

Few people will believe the range of noises you get from Barn owls.

It’s why they are often referred to as screech owls.

They are widespread predators coming from all corners of the globe.

These pale-colored owls don’t hoot as you’d expect, but they emit an eerie screech and will also hiss.

This harsh scream of theirs lasts just 2 seconds.

It’s more often the male, and he will often scream from the air, inviting a female to inspect a nest.

When agitated, these owls will also snap their beak. 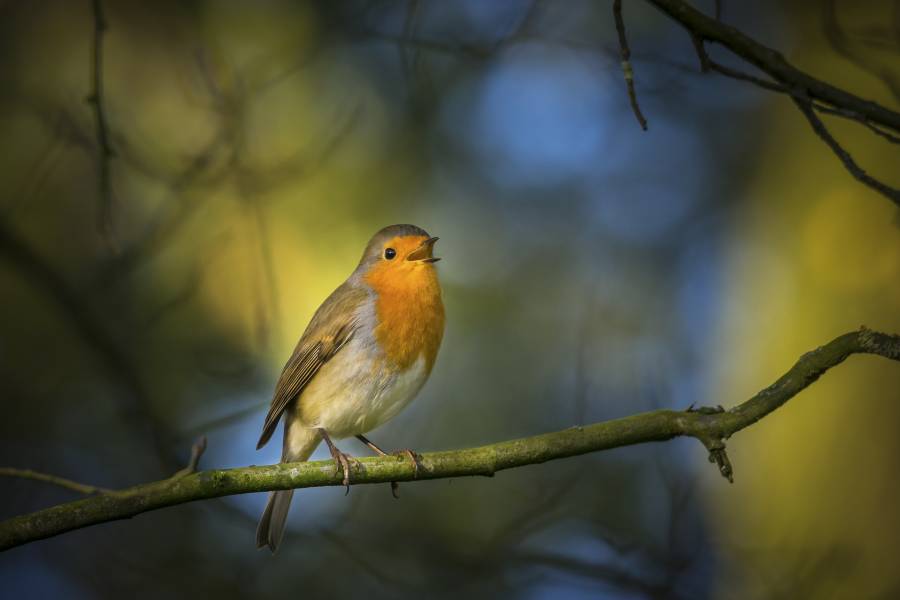 The Barking Owl found throughout Australia is another of these screaming birds.

The most common call you can hear from the owl is a woof-woof sound.

This species also makes the most unusual sounds, described as someone screaming for help.

This shrieking call from the Barking Owl is called the screaming woman call.

Take a look at the Bush stone-curlew.

It is a big, long-legged bird endemic to Australia.

You’ll find them stalking slowly at night, looking for insects.

When it detects someone, it adopts a rigid posture.

It looks quite laid back as it quietly and slowly gets about its business at night, but it has a blood-curdling scream.

It is why this bird has been nicknamed the ‘screaming woman bird.’

Its high-pitched shrieks carry on the night air.

Some of the more primitive humans on the continent believe the bird is associated with death.

The bird becomes particularly territorial during the breeding season and uses those screams to ward off any competition.

The Common Loon is a member of the Loon family of birds.

During the breeding season, the birds live on waterways in Canada, the northern United States, and parts of Greenland, Iceland, and the Atlantic coast of Europe.

The bird has a variety of vocalizations, the most common being the yodel, tremolo, and wail.

It uses these sounds to communicate a distinct message, with the bird being most vocally active in May and June.

The wail and tremolo calls are heard more frequently at night.

The tremolo call is the laughing call, which they use to signal alarm or distress.

The bird emits a tremulous series of up to 10 high notes.

Meanwhile, the yodel call is long and only the males make this sound.

The Loon’s wail is a long call, which people compare to a wolf’s howl.

Great Potoos are known for their piercing, distinctive black eyes.

It seems natural that such a weird-looking bird would have a creepy call.

The bird is native to Mexico, Central- and South America, and Guatemala.

Fossils of these birds have also been found in Germany and France.

The most well-known characteristic of this unusual bird is its call, described as an unsettling moaning growl they make throughout the night.

Eastern Whip-Poor-Wills are birds described as easy to hear but hard to see.

You will hear the Whip-Poor-Will screams as it calls out its name.

Their calls seem to go on endlessly.

There have been bird observers who have taken the trouble to count the relentless screams of the bird and they identified 1,088 whip-poor-will calls.

They recall that the bird screamed out without a break.

During the day, it is quiet, and it finds a spot on the forest floor to sleep.

Other Birds That Sing at Night

Owls are well-known to be the ones owning the night with their singing and screaming, but there are other birds that take the stage too.

You might find them haunting when they sing at night, but they can be eerily beautiful.

Take, for example, nightingales. They are named as such for a reason because they sing at night.

Only male nightingales sing, intending to woo a female.

A notable characteristic of nightingales is their shyness, that’s why they only sing from the comforts of bushes or thickets.

Northern mockingbirds also sing at night. And as its name suggests, it can imitate sounds from its fellow birds, other animals like frogs, and even objects like creaky doors and car alarms.

While male nightingales are timid, male northern mockingbirds sing out in the open.

The great reed warbler also sings extensively at night and during the breeding season. Extensive here literally means that male great reed warbles can sing from 20 seconds to 20 minutes nonstop to woo a female.

Owls Are the Birds Screaming the Most at Night

They are the most identifiable nocturnal birds, surrounded by a wonderful aura of mystery.

Their calls can be heard coming out of forests at night.

You can hear a riot of calls between the owls and other birds, from hoots to screams, screeches, and shrieks.

Anyone interested in the mysterious world of birds will be blown away by the many calls they have.

Some of them can even imitate the calls of other birds, confusing many humans.