Picture this – a quiet night with you curled in your bed, just about to dose off.

Suddenly, you hear the sound of a baby crying.

While this may sound like the plot of a horror movie, there’s a very logical explanation for this. 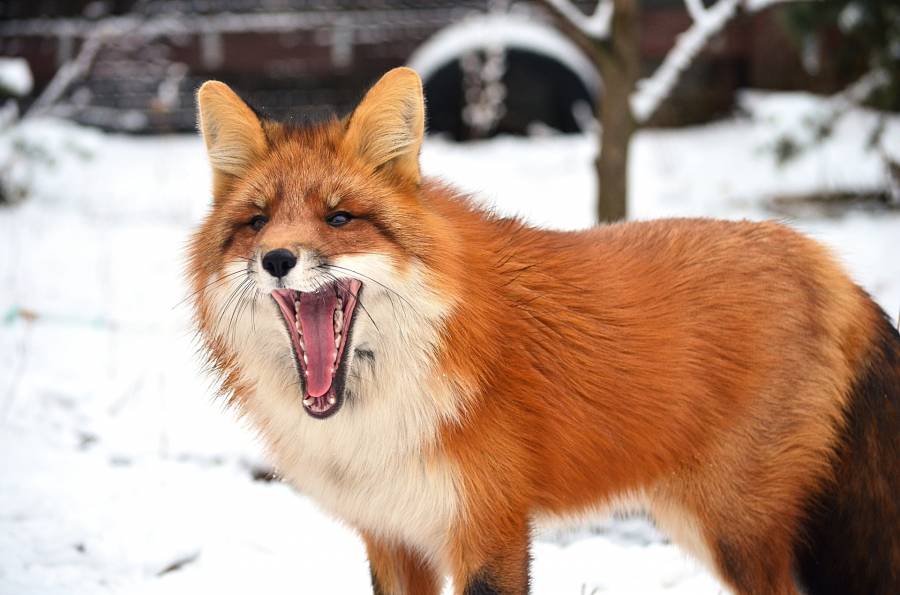 In addition to well-known sounds, some animals have special calls which sound human-like.

While this may be a coincidence for some animals, domesticated ones may intentionally make these sounds to attract people’s attention.

Here are ten that can easily trick you into believing a child is out in the wilderness.

Instead, they have various vocalizations, just like cats and dogs.

And one of those voices sounds like a screaming child.

Foxes can be heard making a scream-like howl.

This sound is similar to that of a baby undergoing torture.

As uncomfortable as that sounds, foxes make this sound, especially during the breeding season in spring.

While vixens mainly make this sound to lure foxes, you may hear it from foxes.

So, if your area has foxes, think twice before going out to rescue any babies nearby.

Cats are domesticated animals that sound like screaming children.

One type of meow that cats make when they need something sounds very similar to a human baby crying.

Science has further proven that cats can meow at the same frequency as an infant’s cry.

One theory for this is that cats use human instincts to care for babies to their advantage.

Feral cats sound like babies as well. During heat periods, their calls while attracting mates are quite similar to infants crying.

Bobcat screeching has been compared to a distressed child’s cries.

In many parts of North America, it is a sound produced by rival males during the winter mating season.

Many people have called 911 after hearing the sounds of bobcats during mating season.

The felines are almost entirely nocturnal in urban areas, making them rarely seen.

They are also naturally elusive and cautious, especially around humans.

The wailing of these large cats has been compared to children screaming and women in agony.

Interestingly, the males make this sound while competing with females.

As snarls, growls, and howls usually follow it, this sound can be downright scary, especially during winter nights, when bobcats’ mating season begins.

However, there’s nothing to worry about. Like many animals imitating children’s sounds on this list, Bobcats are usually harmless.

You should keep your pets indoors, though these giant cats may target them.

Porcupines sound exactly like cooing babies during the night.

The child-like noises of this animal may be behind the urban legends of ghost babies in the woods.

Porcupines are vocal animals that use screeches, coughs, grunts, and more to communicate.

They’re especially chatty while warning predators and relaying messages to one another.

If you get the chance to hear a porcupine’s baby-like sound, you may notice that it sounds a little cartoonish.

However, it’ll definitely sound scary if you hear this sound during a pitch-black night.

According to a study, these apes make high-pitched peep calls while feeding or traveling.

These sounds are very similar to photo phones, which are children’s sounds before developing speech.

Male chimpanzees can form social groups or parties through the chorusing of pant-hoots.

They can also use this behavior to show their conspecifics how dominant and powerful their party is.

Native to Australia, lyrebirds are excellent mimics who can imitate various sounds.

So, it should be no surprise that these animals make baby-like sounds.

Lyrebirds have made the news because of this ability.

In September 2021, a zoo visitor captured one of these birds, making an ear-splitting impersonation of a wailing baby.

A video of this birdcall later became viral across social media.

While this may be the story of one bird, more out, there may sound like wailing children.

So, maybe a trip down there will help resolve this mystery. 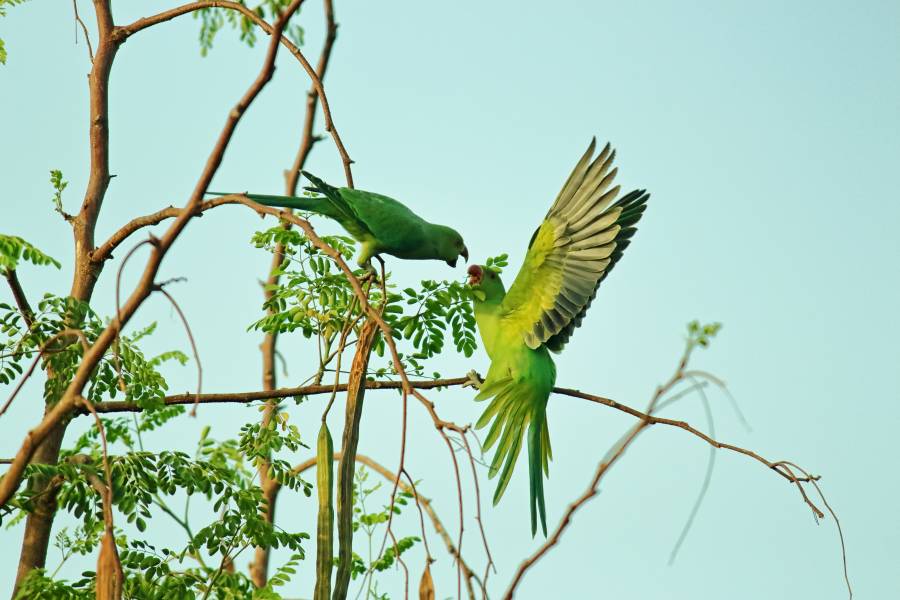 Another feathered animal that can imitate children’s sounds is the parrot.

Parrots are experts in imitating various sounds ranging from ringtones to other animals.

So, surely they can master the sounds of sobbing children.

And many parrots have, causing their owners a lot of trouble with their neighbors and even Child Protection Services.

So, how can these birds make child-like sounds?

Parrots’ brains are structured uniquely to allow them to imitate sounds easily.

What makes them more likely to pick sounds is their vocal learning abilities.

And these abilities are possible due to larger shells in their brains which further help them imitate human sounds and speech.

Despite their name, these mammals aren’t feline or catch fish.

They’re members of the weasel family that tend to avoid humans.

It’s easy to mistake these sounds for actual people calling out for help.

It’ll be either while the fisher cat is hunting or looking for a mate if you ever come across this sound.

Therefore, the purpose of this sound is respectively to indicate a kill or attract the opposite gender.

Peacocks another bird on this list, are majestic birds that provide a visual treat.

Their voices, on the other hand, are a different story.

The shrill shrieks of these birds sound like children being tortured.

And since these birds are loud, you can expect the sound to travel far and wide.

It was one of the main complaints of the residents of Pasadena in LA County.

According to them, the birds “sound like babies being tortured through a microphone.”

Also, when these birds detect something dangerous in their environment, they will scream loudly.

Some might compare it to a hybrid of a cat meowing and a baby crying.

If you’ve ever been around a baby or a cat, you’ll know that their sounds are extremely effective at capturing your attention.

Not to mention, spotted catbirds are a species of feathered bird that makes screams similar to those of young children.

They earned their name because of their bizarre cat-like wailing calls.

And since cats are also animals that sound like crying babies, this bird’s call put it on this list.

Unfortunately, the chances of you hearing this bird live may be small unless you reside in the rainforests of North Queensland in Australia, which is where this bird lives.

If you get the chance to hear it though, you can catch its cries around dawn and dusk.

What To Do if You Hear These Animals Imitating Screaming Children

You may be concerned if you suddenly hear the sound of a child, be it cooing or wailing.

However, the first thing you should ask is whether any of these animals that sound like screaming children live nearby.

If the answer is a ‘yes’, stay indoors.

Considering that most animals make these sounds during mating and hunting periods, you’re safer within your four walls.

If you’re still worried and would rather investigate the sound source, contact the police.

They have the skill and gear to check whether you’re hearing a child or an animal imitating one.

So, don’t let your curiosity get the best of you.