Home > Behavior > Why Do Peacocks Spread Their Feathers – Top Reasons

Peafowl is a family of birds with beautiful feathers.

Generally, peafowls are used as ornamental birds for display purposes.

The beautiful feathers of peacocks are very enchanting to people. 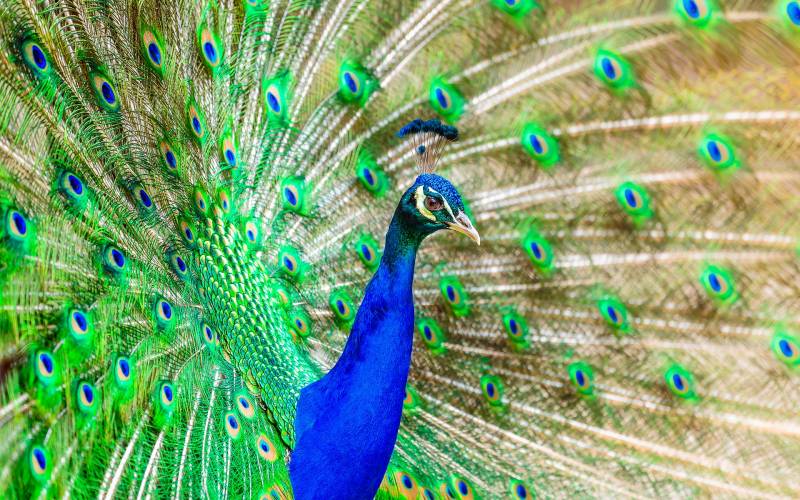 Interestingly, the peacocks spread their feathers for certain special rituals that are common among their family.

The size and the colors of their plumage play a very significant role in performing the rituals.

In this brief guide, you’ll come across all the compelling reasons and stories behind why peacocks spread their feathers.

Peacocks Spread Their Feathers For Courtship

Peacocks spread their feathers for the ritual of mating to attract the peahens and they usually produce particular kinds of sounds with the help of their feathers.

They use different parts of their plumage to emit sounds to signal the peahens.

The mating season of this population ranges from March to April.

Peacocks are clever enough to produce calls for attracting peahens and revealing that they are sexually more active than others.

Peahens have a unique sensing ability in their crests.

It has been researched that the vibrations created by the tail of a peacock can be sensed by the crest of peahens.

In this way, they can communicate to decide whether they want to mate or not.

How Do Peacocks Produce These Mating Calls?

Research conducted by Roslyn Dakin and his teammates in 2016, shed light on the biomechanics of peacock feathers.

They had researched how peacocks’ feathers generate sounds of different frequencies to communicate with peahens.

The team used different techniques for their research and had done fieldwork as well as lab work and also studied the morphology of the peacock’s feathers.

Their research aimed to shed light on how the vibrations created by peacock’s plumage.

They had studied that peacocks train their feathers for performing the ritual of courtship.

They usually perform this action while the peahens are around.

Peacocks will only try to impress those peahens whom they want to mate with.

If the peahens get attracted by this visual attention, then they will become involved in copulation.

The researchers wanted to know if the mechanical properties and morphology of the feathers play some kind of role in courtship in peacocks.

They used high-speed videography to record the movement of the peacock’s feathers in front of peahens. 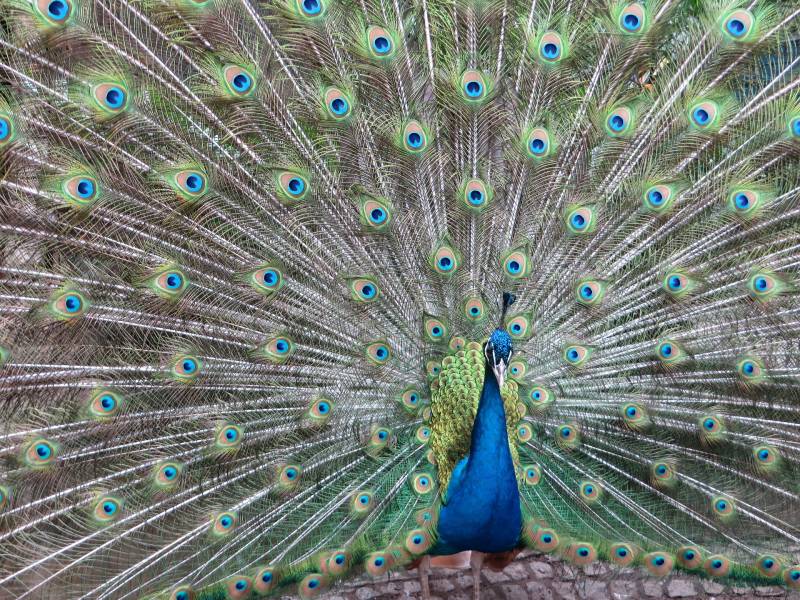 By using high-speed videography, they wanted to know how the movement of eyespots presents on peacocks’ plumage hover.

Then, they compared the recorded sounds with the sounds made by the vibration created by other animals.

The movement of the peacock’s feathers starts from the tail.

It goes from the tail to the upper parts of the plumage.

The estimated frequencies for train rattling and covert rattling are above the predicted value for animals.

While the estimated value for the frequencies for wing shaking and train shivering is within the range of the predicted value for animals.

The frequencies of the vibrations reduced by train rattling decreased with the time of the mating season.

Once it gets to the peak amplitude. The frequency of the vibration does not affect by the following variables:

The tail feathers of the peacock interface weekly with each other during train rattling displays.

The peacocks that are majorly involved in courtship rituals vibrate their feathers having frequency ranges from 22 to 28 Hz.

Peacocks Spread Their Feathers To Show Their Attractiveness

Peahens are usually very choosy when it comes to selecting a partner for mating.

The plumage and the health of peacocks help them to attract more female peacocks towards them.

The number of eyespots present on the feathers of peacocks indicates their health.

The more eyespots on feathers the more will be the chance to have more mates.

So, How Do Peahens Know Which Male Is More Attractive?

Their morphological characteristics, for example, the size of the body, length of the feathers, etc. affect the vibration created by the peacocks’ feathers.

The feathers require more force when shaking when their body weight is heavier than usual.

Peacocks also vibrate their feathers in the absence of peahens, commonly known as wing shaking.

Meanwhile, a peahen vibrates her tail when responding to a peacock’s train rattling, known as covert rattling.

This is a rare behavior of peahens and the reason for this difference in responses is the weight of the feathers of peacocks.

Adult peacocks have heavier feathers than sub-adults. This is why peacocks spread their feathers to show females their manliness and attractiveness.

There is a chance of damage to the long feathers of peacocks when they display and keep them erect for display.

This risk is compensated by the unique composition and shape of their eyespots.

The eyespot feathers are flexible enough to facilitate the vibrations at large amplitude.

According to Darwin’s theory, peacocks rattle their feathers when they involved themselves in courtship.

Sexual selection by peahens depends on different factors and recent studies have proven it.

The shape of eyespot feathers affects the frequency of the vibrations created by the train rattling.

According to behavioral biologists, there is a need to do more research about the features on which females discriminate among the selection of peacocks.

How do the peahens know which peacocks are healthy and suitable for mating just by displaying their feathers?