Ducks have been known to make varying sounds like chattering or growling, and the primary sound associated with ducks is quacking. Why do ducks quack? 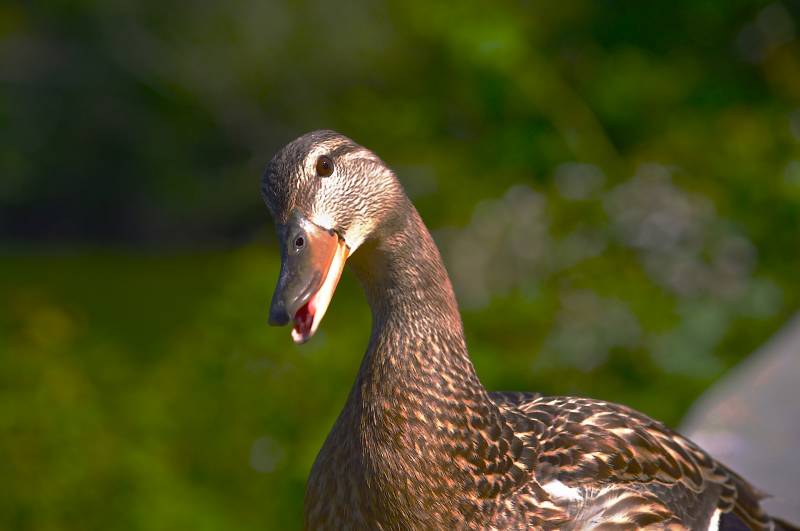 Your ducks may quack early in the morning or at night, and the sound can vary in degree of loudness and even frequency.

Are you wondering why they make this sound?

Quacking As A Form Of Communication

However, we may not fully understand the exact reasons why they quack.

In some situations, ducks quack to let others locate their position.

So, a duck may adopt quacking to make other ducks find them.

Quacking can also be an expression of impending danger.

This is common with mother ducks alerting their ducklings of predators or other threats.

Female ducks also use quacking to claim a nesting area when they are about to lay their eggs.

In ducks, loud, incessant quacks are usually a sign of apprehension and danger.

For nursing ducks, quacking is also a way of telling humans to stay off their ducklings.

On the contrary, quacking can also communicate mood, like showing how happy they are.

How Do Ducks Understand Each Other?

Some ducks are typically noisier than other species.

Take, for example, “puddle ducks,” which spend most of their time in water puddles.

These puddle ducks seem to be talking all the time out of wariness, whether they eat, take off, or land.

They want to let each other know their feelings and status or to alarm others of impending danger.

Why Do Ducks Quack At Night?

The usual reason for quacking at night is to raise the alarm for danger, like when a predator is around the flock.

Some ducks rest during the day and become active at night.

When ducks are feeding at night, they may quack.

This may last through the night since they are active throughout the day.

In the wild, many ducks have adapted to stay awake through the night to evade predators.

In such conditions, they are generally quiet to avoid being discovered.

When ducks are domesticated, they are likely to quack at night because it is now in a more friendly environment.

Domestication may make them lose the defense instinct of staying quiet through the night.

Why Do Ducks Quack In The Morning?

Quacking in the morning can directly indicate a duck’s mood.

There is a joyful mood when the day starts, which can be why your ducks try to show it.

It can just be a call for companionship on a bright new day.

It is the same way humans feel a surge of energy early in the morning.

Ducks quack in the morning to show their early morning excitement too!

Why Do Ducks Quack When They Fly?

You may hear flying ducks quack while on their flight, making you wonder why they do what they do.

Since they fly in a V formation, there is a belief that quacking allows the duck to locate each other as they lead the group in turns.

The quacking can be translated as a sort of chatter, a communication method among them.

It could also be a way for its followers to cheer on the group leader or motivate each other during the flight.

Some ducks have been known to be lousy and chatty as they engage in their activities.

The quacking could also be their means to communicate the direction of flight as they go along with the group.

Not All Ducks Quack

There could be many reasons why ducks quack, but it is worth noting that not all of them quack.

Generally, female ducks are more vocal than their male counterparts.

And a female duck also quacks to make a breeding space for its eggs.

They would also quack to communicate with their ducklings or ward humans off them. 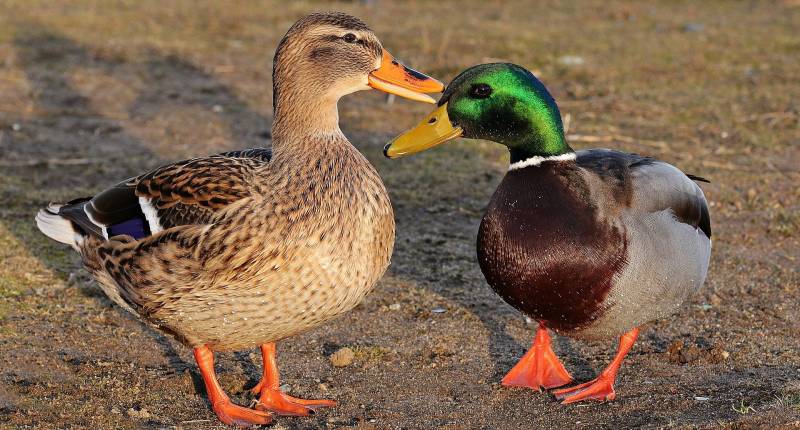 Male ducks can become vocal and quack when trying to attract a mating partner.

But generally, female ducks are more vocal than males.

Instead, they make softer sounds like chirping or whispers.

Quacking can also be breed-specific.

For instance, the Muscovy do not usually quack – even their females.

These breeds are usually more vocal than most of the other species.

Additionally, these vocal groups can be chatty with sounds other than quacking.

Quacking Is All About Communication

Communication is an integral part of our daily lives as humans.

With our level of sophistication, we may think that animals don’t communicate.

This is not true because animals do talk, too, just in different ways than we do.

Ducks use several sounds to communicate between themselves and other animals.

Quacking is one of the sounds that ducks employ for communication and female ducks are known to quack more.

Quacking could also be a signal for other ducks, letting others know about their presence or showing that there is danger in their environment.

Mother ducks also communicate with their ducklings by quacking.

Communication doesn’t just happen between ducks, but it also does with humans.

Ducks quack to express their happiness and satisfaction to their owner.

Or it could be an expression of joy after a good meal or a nice swim.

Generally, ducks quack to show others their mood and state of health.