Home > Behavior > Why Ducks Attack Each Other? – True Reasons

Ducks are bullies. They are aggressive towards other ducks in a flock.

If you own ducks, you might have figured that by now as it is a hard time passing the backyard without getting attacked by one of them. 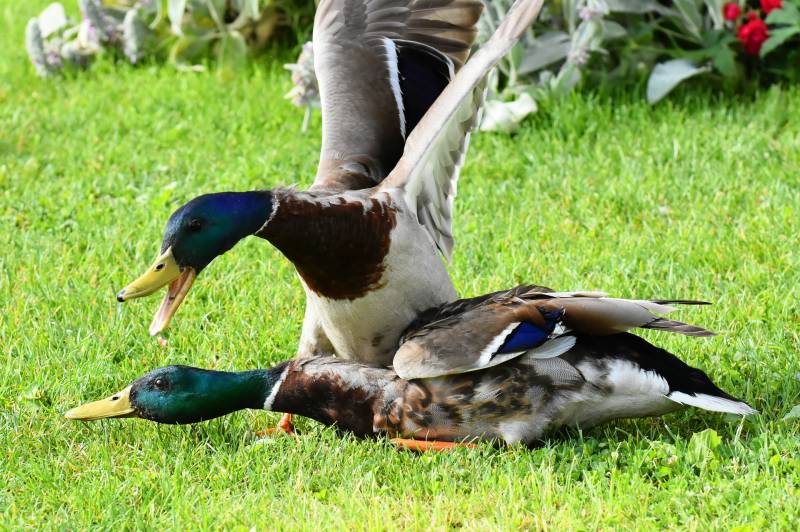 You must be wondering how your flock keeps losing its feathers or why they appear bruised.

It’s only a bird but a bird that scares you. Whatever you do, it doesn’t seem to stop bullying.

But you know what they say! There’s a solution to every problem.

The Possibilities Behind Duck Aggression

There could be two possible causes of a duck’s soaring aggression. It’s both dominant and hence showcasing its bossy attitude.

Or that it wants to mate you or another duck. Both of these circumstances are unacceptable.

The latter one (trying to mate you) surely sounds absurd but it mostly applies to those ducks that were raised in isolation and hence have not been around other ducks-females, he vents his sexual aggression on human beings.

The best way to deal with this is by getting your flock some female ducks.

In rare cases, a drake still might attack you even around females. That’s when he’s trying to assert dominance.

Drakes are extremely aggressive when it comes to mating a female. Ducks prefer mating in water.

This allows the female to withstand the weight of a male.

A male grabs a female duck by her head and forces her underwater which looks like he is trying to kill her.

This however is only an act of showing his dominance.

If he attacks you, then he’s most likely trying to remind you that he is the boss.

Every time he sees you in his territory, he perceives it as a violation of his boundaries to invade his space or steal the female ducks.

This perception compels him to defend his niche by attacking you.

Ducks like humans have a social life. They maintain a “pecking order” which is a sort of hierarchy that decides the boss among ducks.

Just as how parents assume command over their children or employers over employees, ducks do the same.

Ducks decide the leader and the entire hierarchy in the pecking order through fights.

They can range from minor skirmishes to full-fledged battles, depending on the situation.

Males and females both get into these fights, but fights are typically much more serious are direr between males.

And out of the two genders, it’s only the males who practice dominance over humans.

The drake sees a human as part of that pecking order.

If you are someone who is naturally assertive by the way of your presence and body language, a drake might realize that you are indisputable and hence might not even try to challenge you. Other people however encourage their drake to assume dominance over them.

The Start Of Aggression

In the majority of cases, drake’s aggression begins the day he hatches.

It starts when you fondle him, shower him with love, feed him an abundance of treats and allow him to give you kisses on the cheek.

Basically, that’s you imprinting a drake onto yourself and hence inviting trouble. 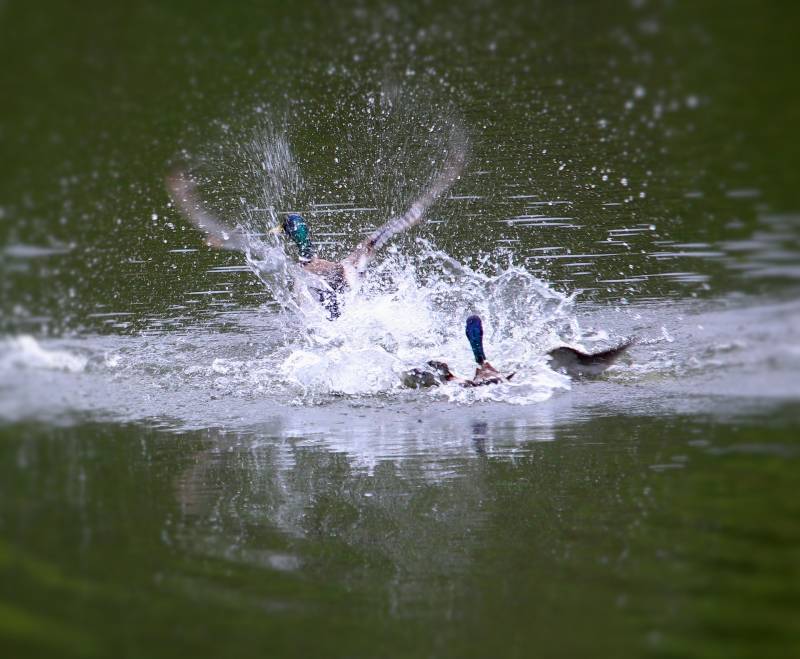 Now to put things into perspective. Those kisses are not loved pecks.

Those are dominance pecks called anthropomorphization.

Pecking is a serious deal for ducks and if you’re allowing them to land kisses on you, you are affirming their dominance as alpha.

What appears harmless to you will evolve into superiority-derived aggression when the duck grows and matures.

He grows into a drake devoid of love and respect for other ducks and you.

Now, he feels compelled to assert his dominance in the pecking order and he will do whatever it takes to maintain that status.

How To Actually Stop Aggression

Wearing medieval armor against a violent drake is not a viable protective measure.

Likewise, you cannot shield the remaining flock either.

Petting by giving them treats to make them recognize you as not a threat may also not work.

You can use some of the advice enlisted below to manage aggression.

You can assert your dominance over the drake by assuming a higher place in the pecking order.

When he attacks you, you can simulate a fight as a rival drake would.

Pin him or hold him down for some time until he no longer protests. Repeat the action if necessary. Don’t give up.

Prevention And Tips If Ducks Attack Each Other

Preventing aggression in your drake is probably difficult now that he has matured but you can practice measures to discourage it.