If you are a duck lover, the one fear that horrifies you the most is your duck or duckling falling ill. Ducks, unlike other animals, do not exhibit any noticeable symptoms when they fall sick. This aspect makes it difficult for the caretaker to perform an early diagnosis. 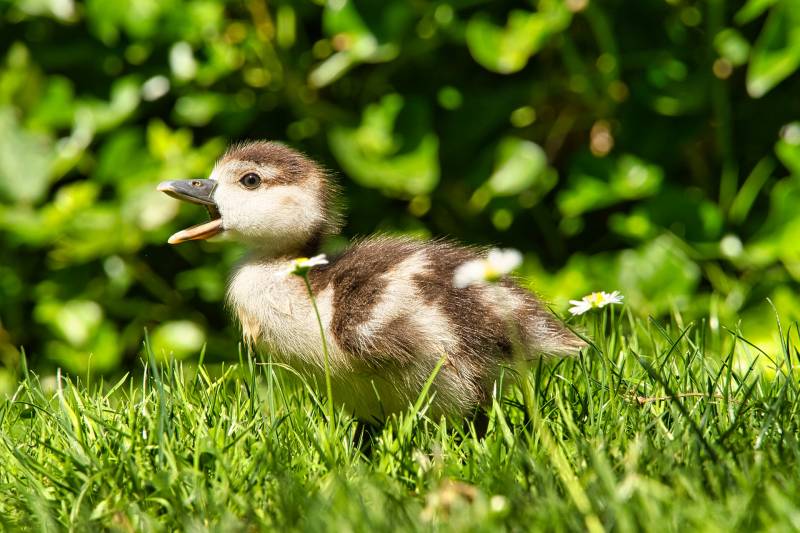 The ailment is usually treated with more intensive procedures at a later stage. One underlying symptom of every sickness in ducks or ducklings is sneezing and coughing. It, however, may not always be a cause of concern.

Possible Causes Of A Duckling Sneezing And Coughing

Sneezing might not always occur as an outcome of an underlying disease. However, sneezing and coughing together should sound the alarm for getting your ducklings examined.

Your duckling might be sneezing or coughing to aspergillosis. It is a fungal infection that is frequently misdiagnosed as the common cold. It is typically a disease secondary to another infection.

It is often caused by a fungus “Aspergillus fumigatus”. It forms spores that settle on moldy grains and wood shavings. Moldy grains are a common vector of this disease. The spores are lethal in small amounts.

If your duckling has been ailing for a long time, it probably has aspergillosis. Once the spores invade a duckling’s respiratory system, they accumulate in the air sacs and form dense plaques that are hard to eradicate. Ducklings can fall fatally ill to this infection. Likewise in adult ducks, the situation gets dire as well.

Usually, a veterinary doctor performs antifungal drug treatment on the ducklings, but it is an intense and lengthy procedure that takes up to six months. You can therefore practice measures to ensure the safety of your ducklings. 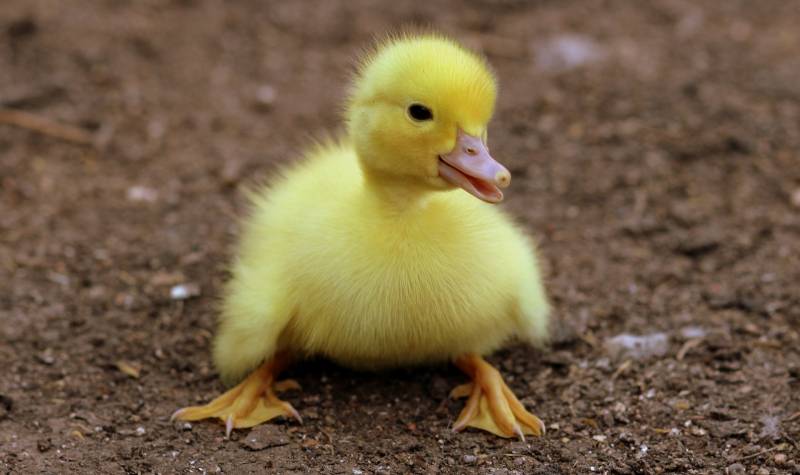 Maintaining a clean house and adequate ventilation keeps away Aspergillosis. You should use avian-friendly fungicide spray to keep their living space clean. Since Aspergillus spores grow in wet and humid conditions. Therefore you should ensure that avian living space is moderately warm and dry.

If it is necessary to keep the barn warm in winter, you should replace straw with wood shavings to prevent avian living space from getting too dusty or moist.

If severe infections affect a flock, it is advised to permanently separate the ducklings from humans to avoid spread.

This disease is presented as sneezing, snoring, and coughing. The symptoms later progress to secretions that leak out the nose or eyes and cessation of egg-laying.

The name itself suggests that this disease is highly infectious. It is viral, and it spreads through the air.

Since it’s highly contagious, you should isolate your infected ducklings to prevent the infection from spreading to the remaining flock. Provide them with a warm and dry place to recover. A vaccine is also available for infectious bronchitis.

It is a common duck infection caused by E.coli bacteria. It affects both ducklings and older ducks. It often follows a primary infection such as infectious bronchitis. It causes infections in a duck’s bloodstream, peritoneum, and yolk sac.

Common symptoms are coughing and sneezing, whereas other symptoms include retarded growth, loss of appetite, and swollen abdomen.

Numerous treatments are available for collibacillus. The treatment protocol varies depending on the degree and location of the infection. You can control the infection by ensuring proper sanitation and the use of additives in duckling food.

This disease needs to be consulted with a veterinary doctor and should be dealt with immediately. It spreads rapidly and inflicts immense damage. If identified in time, it can be managed and treated with an antibiotics course.

This disease, also known as fowl cholera, is highly contagious. It is fatal for duck health. It is caused by harmful bacteria.

Majority of the ducklings who contract fowl cholera develop localized infections. If the infection is left unattended, it could lead to a duckling’s death.

Several symptoms exist for avian cholera. A common manifestation is dejection. Other common symptoms are persistent coughs and diarrhea. Some ducklings may display ruffled feathers and decreased appetite.

In some cases, liquid discharge from the duckling’s eyes, mouth, or nose occurs. This discharge is caused by infection of nasal passages. Inflammation may also be observed in the joints that could lead to lameness.

Avian cholera has to be dealt with by a professional. The disease has to be thoroughly examined before prescribing antibiotics. The class of antibiotics and dosage depends on the stage of infection.

This infection has a high chance of reoccurrence. Therefore, you should take the necessary preventative measures. You should maintain proper sanitation, hygiene and administer a live oral vaccine at 6 weeks. Make sure you implement effective measures for rodent control as well.

As mentioned earlier in the start, coughing and sneezing might not always be indicative of a lethal disease. Some ducklings might be sneezing or coughing due to blocked nostrils only. This simple issue has a simple solution to it.

If your duckling has suspected blocked nostrils, place it in a tub of warm water or under a hot shower. The steam will open the blocked airways.

If there is a lot of gunk blocking its nostrils, then use a Q tip soaked in warm water for intervention.

Let the duckling soak for some time before removing the gunk. This makes it easier to remove it. If you try to remove the gunk when it’s still hard, you might damage the tissue and cause more harm.

If you want to identify a disease in your duckling flock, you will have to perform close observation while spending ample time with it. By performing regular body examinations, you will learn to differentiate between a healthy and unhealthy duckling.

Nevertheless, you need to maintain a healthy and hygienic avian living space to keep away any germ (viruses, fungi, and bacteria) from infecting your flock.