Tail-wagging is an activity usually associated with dogs. But what does it mean when ducks wag their tails? 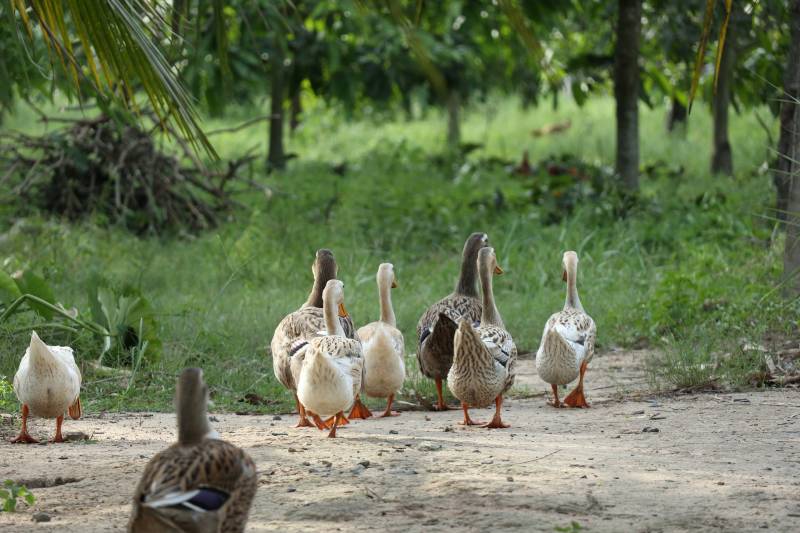 Ducks have been loved by many for many reasons. They are one of the most widely spread birds found in almost every environment. Their tail-wagging can be a lovely sight, but there is more to it. Ducks may be communicating many things with their tail.

When Ducks Wag Their Tails

Pets and domestic animals communicate in different ways, and ducks are not an exception. In a similar fashion to a dog tail-wag, ducks can also wag their tails in excitement. Here is a list of situations when ducks can be seen to wag their tails:

There are many things that can excite a duck, and this can result in tail wagging. One of the apparent causes of excitement is food. After a duck has been well fed, there will be excitement, and this can cause it to perform the tail-wagging ritual. When ducks have a nice drink, they can also be seen to wag their tails.

When ducks are in a good mood, they may wag their tails. The presence or sighting of a friendly or familiar face is another factor of excitement for a duck. This is especially true when it is the person that feeds the duck.

Friendly duck species like the Muscovy and Perkins are usually known for wagging their tails as a positive gesture. They do this also when they are generally happy and in good moods.

Wild ducks have also been known to wag their tails when they rest from a stressful situation. It could be an escape from a predator or a threat in the environment. The tail wagging here could be used to cool off the stress and relax.

Mating in ducks is a process that involves coupling. The female duck will select a male that will be its mate for that breeding season. The onus then lies with the male to impress the female of his choice. This is common practice with the birds – the male seeks to woo a female for mating.

The male ducks in its bid to woo a female, may be seen wagging its tail coupled with other mating-specific behaviors. Some of these mating behaviors are wing flapping, preening and head pumping. Tail wagging may also be seen in females during the breeding season. But it is mostly observed in males trying to attract a female partner.

Tail-wagging is may not be the sole indicator of readiness for mating in ducks. Once the wagging is accompanied by other mating behaviors then your duck is looking to woo a female. The mating season in ducks is usually around spring and early summer in the wild.

Domesticated ducks may breed throughout the year, but the breeding season is still dependent on the specific species. For some domestic duck species, the tail wagging and other mating behaviors may proceed all through the year. This is because the mating is not as seasonal as it is in the wild.

Ducks are waterfowls, and they spend a considerable amount of time swimming. They must get wet not just because they love the swimming experience but for their preen glands. The preen glands, usually called Uropygial glands, are oil-producing glands found in most birds. They are essential for keeping the duck’s feather waterproof.

The duck needs to get wet to keep these glands from drying up. If dried up, the duck might develop a condition called wet feather where the feathers are no longer waterproof. 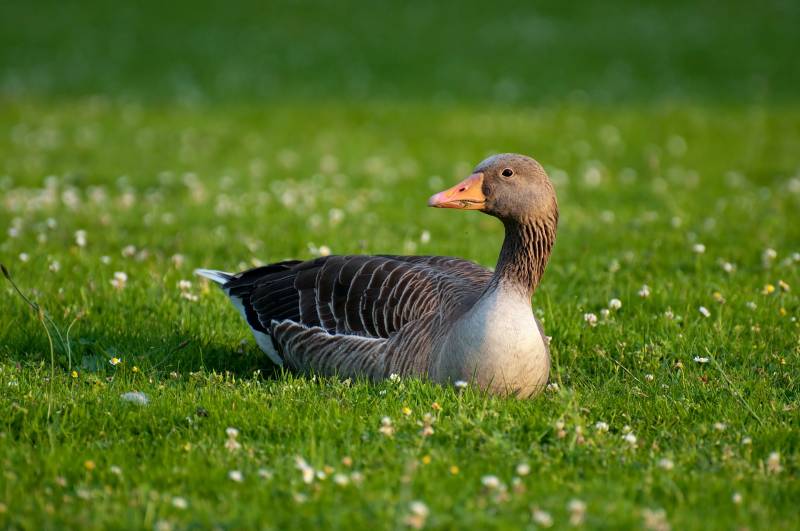 As important as getting wet is for the duck, it does not remain wet all the time. To dry its body after a swimming session, the duck often wags its tail. Wagging of the tail can also be an expression of satisfaction and enjoyment after a nice swim.

This is also similar to how a dog wags its tail after a bath to enhance its drying. A duck shakes off excess water droplets from its body by wagging its tail repeatedly several times. This will fasten the drying process of the moisture off its feathers.

Waddling is a style of walking with short steps and a clumsy swaying motion. This is how ducks walk, mainly because of their size and body shape. The clumsy swaying of the body can throw the duck’s weight over, and there may be a need for a balancing motion. That’s why this movement can be accompanied by the wagging of the tail.

To keep balance when walking, a duck way wags its tail. As the duck waddles, the body will keep shifting from side to side. It is then only a need for balance to make use of the tail.

The wagging of the tail will help to counterbalance the body shifting and keep the duck balanced while it walks. This may not apply to all duck species. Indian runners, for instance, do not waddle.

Pets and domestic animals have been loved for their ways of communicating. Ducks do communicate too, that is what we have seen with them wagging their tails. Tail-wagging in ducks can be a normal process of maintaining balance while working or a body drying mechanism. But there is more to it!

Ducks communicate their excitement and happiness with tail wagging. They appreciate their owners, and after a good meal or drink, they sometimes wag their tails.

Tail wagging can also be attributed to a feeling of accomplishment in ducks. After going through a challenging task, probably jumping over a platform, you may see your duck wag its tail!