Each of them owns an explicit personality that makes them interesting, and keeping them is worth rewarding. 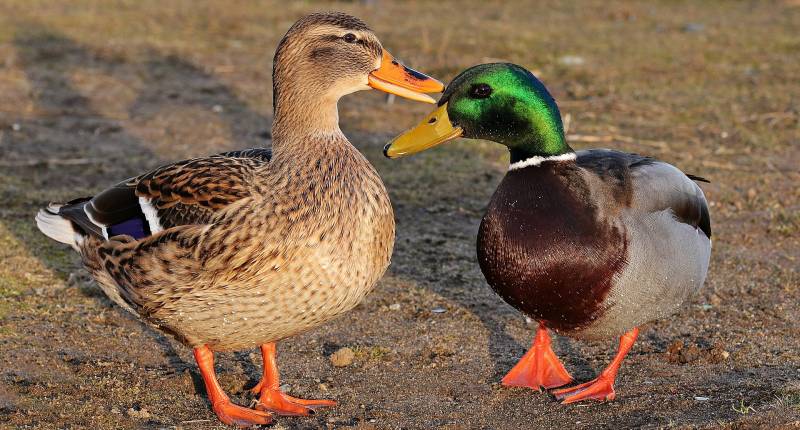 Having the capability to interpret their behavior allows us to comprehend more why they do certain things, especially if you plan to raise a duck in the future.

In this article, we described duck body language and the reasons behind different behaviors.

This is common to every species of duck. After the duck hatch from its egg, it will imprint on whoever it will see first.

If they hatched in the nest where the mother duck is sitting, naturally, they will imprint on her.

Also, if it happens to be in an incubator, the duckling will imprint on other ducklings who are inside as well.

The training will be a lot easier if by chance they will see the keeper and imprint on him or her.

Once the baby duck is imprinted to its mother, fellow duckling, or the keeper, it will stick to them and follows them around.

If, for example, they will not see the keeper for a long time, they will give a series of loud quacks.

However, this behavior will eventually subside once the baby duck is accompanied by other ducks.

This duck’s body language explains in a more precise way why we often find ducklings in a flock and follows the mother anywhere.

It’s adoring to look at whenever you saw a duck wagging its tail feather.

The majority of ducks, like Domestic and Alabio Ducks, to mention a few do this as part of the drying-off routine after swimming.

Often this duck’s body language can also be associated with a showing of excitement or happiness.

They wag when they drink water or when they finished a meal – it’s as if they say, “I’m happy.

However, there is more reason than this behind the wagging.

For other ducks like Muscovy, wagging the tail is a way for them to show aggression, especially for males.

Tail feather wagging also means courtship for some ducks like Mallard, where they will shake their tails along with their heads simultaneously to impress female ducks.

This particular skill is present in every duck. When you find them hopping out in a pond or pool, we can already assume that they will preen.

Preening is a process where ducks will clean their body, especially the feather part using their beak.

Glands all over their body will release an oily substance that acts as an insulator to keep them warm.

Without the oily substance from their glands, their feathers will not be waterproof. Yes, duck’s feathers are waterproof.

Pekin Ducks and Mallards are known to preen in a group to guarantee each other’s safety from enemies and predators.

Muscovy, on the other hand, is not obsessed with water compared to other ducks.

They only do preen at least once a day and do not even take that much time.

The breeding behavior of ducks is quite violent, and this also reflects in their body language.

If you are new to ducks, you might think there is fighting or bullying another duck.

Nevertheless, breeding behavior for ducks only happens once a year.

Wood ducks start to breed around late winter or the beginning of the spring season.

The drakes will attract the attention of hens with a quack call while displaying their colorful feathers.

After they breed together, they will build a nest in a tree that will somehow look like a hole.

Wood ducks especially build a nest near the water for easy access. 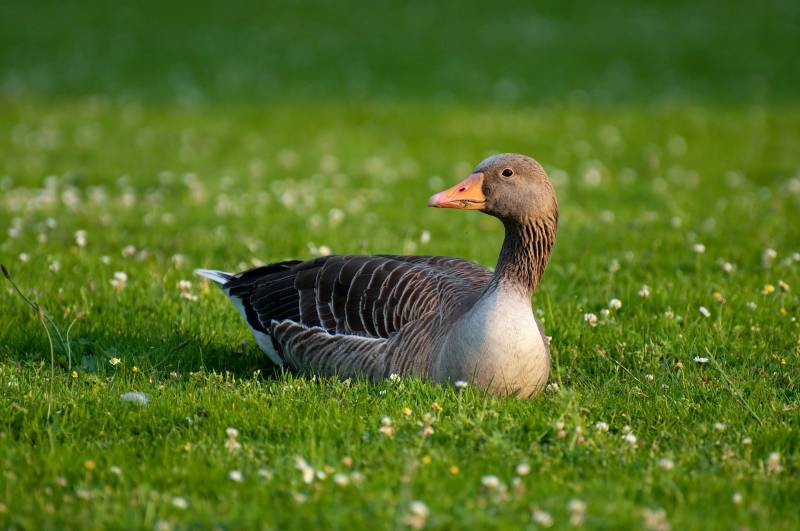 The ritual for Pekin ducks and their body language is a little different also, as there will be five hens assigned to one drake.

Too many drakes are not advisable to avoid displaying aggression that could hurt the hens, thus the rule.

The ritual mostly happens in the water for a desirable experience for the hens, after which they will start building the nest.

Head Under The Water

Contrary to the idea that ducks only eat bread and popcorn, these web-footed animals are omnivores, meaning they both eat plants and animals. Ducks feed on a variety of foods like aquatic plants and animals, worms and insects, mollusks, and fish eggs.

A species of duck called Merganser only eats small fishes.

This explains their behavior when they put their heads under the water.

It means that they are scooping up some plants, insects, and small fishes.

Frequently, they also dive into the water to search for more delicious meals.

Buffleheads, Scoters, and Mergansers are some of the duck species that are known to do so.

They are a lot heavier compare to other species, thus allowing them to stay under the water.

If you see a duck getting on the back of the other duck, it’s called surfing.

This duck’s body language is often associated with a mating gesture, and it’s normal behavior for both the same or opposite genders.

It usually happens when they are off swimming, and they just want to be playful.

If you find the ducks tilting their heads, it does not always mean they are angry.

Most of the time, they do it for them to position their eyes in the socket.

When they can find the right angle, they start scanning the environment searching for predators or food.

This is perhaps the funniest and most adorable behavior ducks do.

This is their method of washing their nostrils from all the dirt stuck into them.

Watching the ducks interacting with each other either in water or on land is very relaxing to the eyes.

Being able to determine their body language is much more exciting and helps you to understand them more.

Ducks are excellent companions in the backyard and just like any other animals they are also loving and fun to be with.