As a dog parent, even minor changes in your dog’s behavior could be a worry for you.

Dogs are happy creatures; they get excited at the smallest things.

Everything from getting a good belly rub to playing catch can stimulate feelings of excitement in your dog.

You can tell through their wholesome responses, such as running around and the heartwarming wagging of the tail. 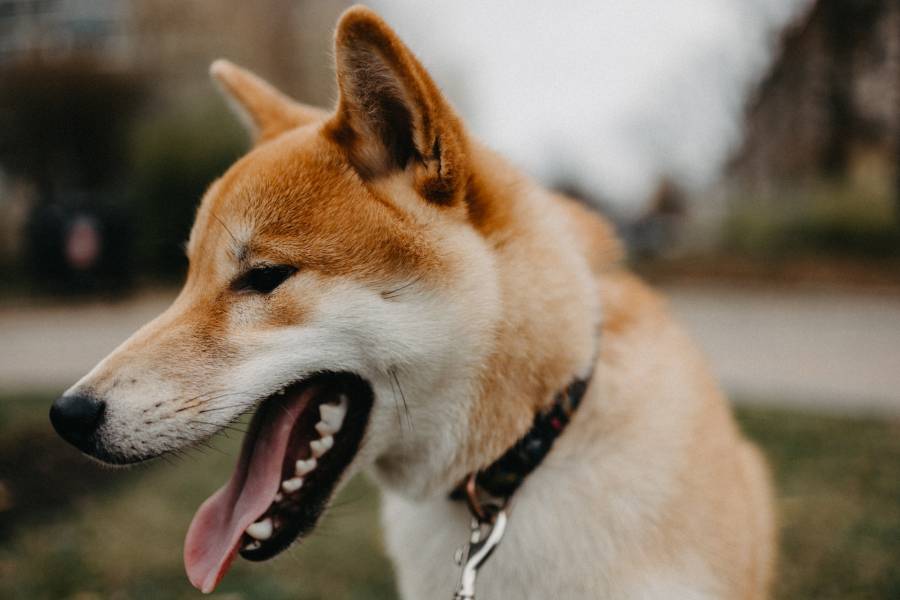 If, however, you’ve noticed that your dog’s coughing and gagging when excited, it should be a cause of concern.

Before you get all worried, you may want to go through the reasons behind your dog’s coughing and gagging while excited.

Here are the reasons behind your dog coughing and gagging when excited explained:

As someone who does not know what a dog’s coughing and gagging when excited could mean, a dog parent may discard it as a regular cold.

While it could be harmless, there are some pretty worrisome reasons why a dog coughs when excited, and can be fatal.

One thing that could be causing your dog to cough or gag whenever it is excited could be its collar.

When a dog pulls on its leads, it causes the collar to squeeze its windpipe.

It could put pressure on the cartilage in the windpipe.

It causes your dog to cough or gag, primarily when it draws in more air when excited or physically active.

Standard solutions include using a harness instead of a collar and lead training your dog.

It ensures that the dog does not tug on its lead, making it difficult to breathe.

One reason your dog could be coughing and gagging when excited is tracheal collapse.

The trachea, also known as the windpipe, is a flexible tube. It has rings of cartilage that are c-shaped and sturdy.

When these rings of cartilage collapse, this condition is known as tracheal collapse.

It causes breathing problems in dogs, making it difficult for oxygen to reach the lungs.

Furthermore, it can also explain why your dog coughs and gags when excited, especially if the cough is harsh.

The cause of tracheal collapse is often unknown and unidentifiable in dogs.

However, it is hereditary in dogs. It can be passed on from generation to generation, so it is a pretty common health disorder.

Furthermore, as most such illnesses in dogs go, they are prevalent in certain breeds.

It is essentially standard in middle-aged to senior dogs aged 4 to 14 years.

The following are the symptoms to look out for in your dog if you suspect it has tracheal collapse:

There are other signs that you should look out for. For example, dogs with tracheal collapse are prone to many other respiratory diseases.

Furthermore, you will notice that the symptoms are more evident than ever when your dog exercises or drinks water or is excited.

What Can Be Done?

Unfortunately, tracheal collapse in dogs is irreversible and fatal.

You may treat your dog with antibiotics to make the illness less painful, and cough suppressants can also come in handy.

There is, however, no treatment. 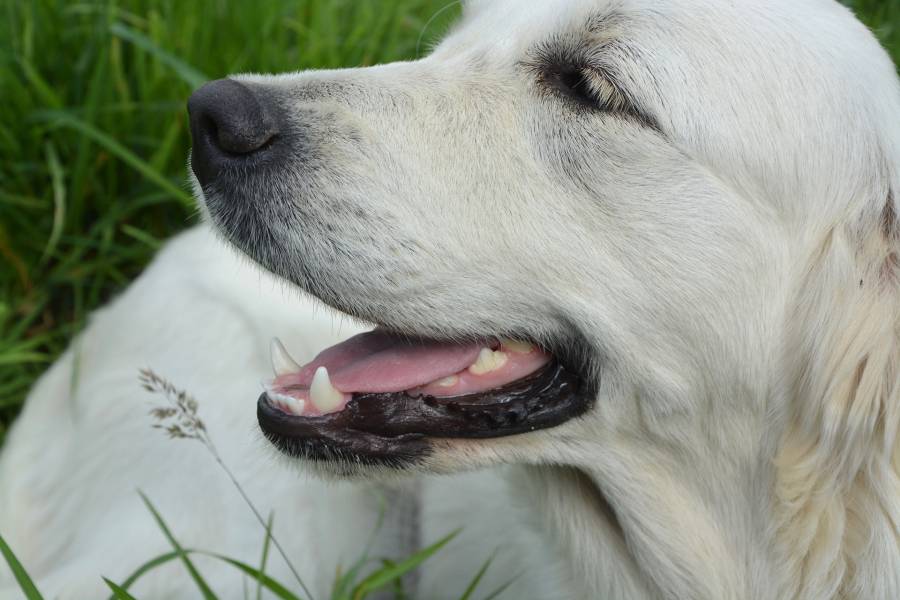 Another reason your dog may be coughing and gagging when excited is Kennel cough.

Kennel cough is a form of cough that is dry and persistent.

It can cause fits of cough every short while in some dogs and regular coughing during the day in others.

Due to contamination and the coughs set in 5-10 days after the initial infection.

It can continue for up to a few weeks. Gagging regularly to observe sounds like your canine is coughing up hairballs.

Kennel cough can make it hard for puppies to breathe.

It is why you can notice that when your canine gets excited, they make this choking sound.

It can be exacerbated when your dog is excited. However, it can be treated.

Other Symptoms Of Kennel Cough

Other symptoms that you should watch out for if your suspect your dog has kennel cough are:

Most dogs, however, mostly appear healthy apart from the coughing when they have kennel cough.

How Is It Caused?

Likewise, it is transmitted with bacteria on toys, meal bowls, or different shared objects.

A canine’s respiratory system typically prevents the invasion of infection.

However, specific environments leave them vulnerable to infection.

These environments could be crowded spaces, exposure to heavy dust and cigarette smoke, cold areas, and poorly ventilated areas.

Another reason your canine constantly coughs or gags when it gets excited might be pneumonia.

Most frequently when the pet eats, the larynx and esophagus cause coughing.

To stop food from entering the trachea after swallowing, the larynx typically closes.

Food may enter the trachea if the larynx is ill and is unable to close when swallowed.

Unusual esophageal dilation may cause food to pool.

Following that, the food may reach the mouth and travel through the airways into the lungs, where it may cause pneumonia and coughing.

The buildup of fluids or phlegm in the lungs indicates a respiratory condition known as pneumonia.

Most cases of pneumonia in dogs are because of a bacterial infection.

It is a severe condition and calls for immediate consultation and care from a veterinarian.

So, it is advisable that you have the veterinarian’s contact information nearby if your dog is sick.

Symptoms of pneumonia in dogs to look out for are mentioned below:

One cause of coughing in dogs due to excitement could be a heart problem.

While this cause of coughing in dogs is relatively uncommon, it is not nonexistent either.

On the other hand, a faster breathing rate commonly indicates heart problems.

With the coughing coupled with shortness of breath and an increased breathing rate, you may want to look out for heart problems in your dog.

The final verdict is that if your dog often ends up coughing or gagging when it is exciting, this is not entirely normal.

It is advisable that you have to consult your vet right away if this is a common occurrence in your dog.

Especially if your dog belongs to a more susceptible breed, you may want to act accordingly.

It’s important to determine the cause of coughing because it can be a sign of many different illnesses.

While dogs who are coughing but are not in heart failure are less likely to require urgent care, dogs with heart failure require immediate evaluation and medication.

Monitoring the sleeping respiratory rate is a simple and effective way to tell a cough from heart failure from other causes, such as fungal infections, kennel cough, or heartworms, to name a few.

This guide has explained to you the other signs and symptoms in dogs, aside from coughing and gagging when excited, that you should look out for, which would help you figure out if your dog has a respiratory disease.

By reacting as suggested, you should check for the harmless causes early on and then observe the other symptoms.

Then consult a vet right away if the symptoms persist as they could be fatal.

Knowing that pets are very dear to parent owners, you should be extra vigilant regarding your or someone else’s pets.

They can’t communicate their feeling, so they need us to keep an eye out for them.