There’s no single reason why dogs suddenly die with their tongues hanging out.

Many theories range from illness to poor diet and nutrient deficiencies to injuries and birth defects.

Even though death is often sudden, we can’t help wondering if our canine friends sense that death is imminent. 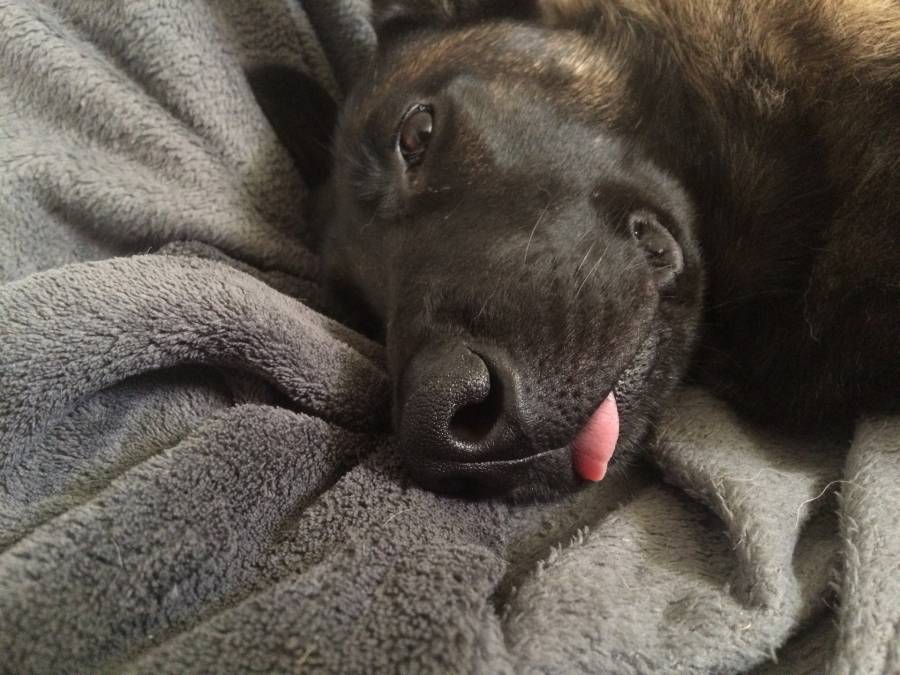 Should you worry about your ill dog to the extent that you make an urgent vet appointment?

Can your ill dog suddenly die with his tongue out?

Losing a pet like this can be a horrendously painful experience.

It is worse coping with the death of a pet when the animal appears to be healthy.

Many people take their pets regularly to the vet for a check-up.

Heart Disease – The Most Common Cause Of Sudden Death

Heart-related diseases are the most common cause of sudden death in dogs.

Hemangiosarcomas are a type of cardiac-associated tumor, but other cancers that are less visible can also be a cause.

About 6% of the cases in the study were primary cardiomyopathies, and sudden deterioration of long-standing valvular disease can result in rapid death.

When your pet suddenly dies with his tongue sticking out, it has something to do with the way his body relaxes in death.

When an animal dies, its body relaxes, including its jaws and tongue.

The tongue is no longer held inside the mouth. In its relaxed state, it pops out of the mouth.

As the tension leaves your dog’s muscles in death, he may even urinate or defecate as the muscles completely relax.

A dog can die with its tongue out due to a heart attack or a respiratory attack.

When the body does not get enough oxygen, it’s common for the dog’s tongue to hang out upon its death.

If the tongue is blue, the root cause was likely a lack of oxygen.

Any animal’s tongue and gums will typically turn blue after passing away because of a lack of oxygen.

It is unavoidable once the animal’s heart has stopped beating and its breathing has stopped.

This lack of oxygen in the dog’s dying moments causes its tongue to hang out when it dies.

Blood clots and abnormal heart rhythms or arrhythmia are the top culprits.

In dilated cardiomyopathy, the ability of the heart to pump blood normally is compromised, which ultimately leads to heart failure.

If you have other dogs and worry that they might also be in danger, you could ask a veterinarian to examine your dog to try to identify the cause of death

Your dog will not experience a heart attack as we do.

They can, however, experience heart failure, which stops the heartbeat.

This cardiac arrest occurs when the respiratory and circulatory systems stop functioning.

Bodily functions shut down, and the tongue relaxes and protrudes outside the mouth.

It can be worrying when there is no apparent injury, yet there is blood coming out dog’s nose or mouth.

Seeing nothing but a stunned, dazed dog can sometimes be more traumatic.

Internal injuries caused by a car accident can cause your beloved canine friend to go into shock.

Internal bleeding can cause a pet to die suddenly.

A dog can look and behave normally; then, suddenly, it can collapse with the tongue hanging out and die. 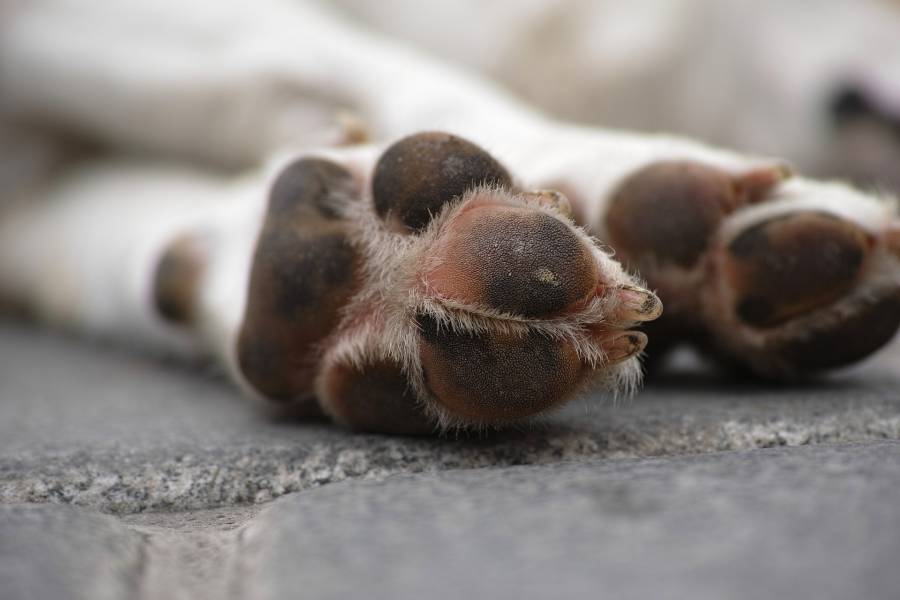 Not many dog owners are even aware of the life-threatening condition called bloat.

Another name for this deadly ailment is gastric dilation-volvulus.

It involves the twisting of the stomach. Gas gets trapped, and the abdomen becomes severely bloated or swollen.

Delaying veterinary treatment may even lead to a dog’s death.

Strenuous exercise immediately after drinking and eating as well as gulping down too much water can cause this deadly condition.

While it is a condition more seen in larger, deep-chested dogs, smaller dogs are also vulnerable.

Heartworm disease can lead to heart failure and other organ damage. It can also lead to sudden death.

A parasitic worm causes the disease.

The worms look toxic, and they twist and turn their way around your pet’s innards.

Dogs with heartworms can have a cough, have difficulty breathing, and have unusual weight loss while still having a swollen belly.

It can cause your dog to die as it can lead to heart failure.

It’s a shocking but actual fact – sudden death in puppies is a stark reality.

This is referred to as fading puppy syndrome and can happen in the first weeks of a puppy’s life.

Any number of birth defects that were not immediately obvious could be the cause.

It may be a weak puppy with a poorly developed immune system.

Canine herpesvirus is another common cause of fading puppy syndrome.

It can cause sudden death in a very young puppy.

The puppy may have had a low birth weight, vomited, had diarrhea, been ignored by the mother, and had difficulty breathing.

You may check on the puppies to see that the smallest pup has died with its tongue hanging out.

Keep Toxins Out Of Reach

Puppies need constant supervision. While you’re not around, they can get into all sorts of places.

So many puppies ingest toxins such as pool chemicals, medications, and even some human foods.

Ingesting toxins is a common cause of sudden death in puppies and adult dogs.

As a responsible dog owner, it becomes vital to check around your home and make sure that your puppy can’t get into ‘out-of-bounds’ areas.

Drugs that might benefit your health can be deadly, life-threatening medications for your dog.

Instead of being life-saving meds, they can have the total opposite effect on your dog.

Even a small dose can cause your pet to die suddenly with his tongue out.

Nobody would dream that a seemingly healthy 2-year-old dog of any breed could suddenly die with its tongue out.

You may wake up in the morning to find your beloved pet lying lifeless.

You may look down in bewilderment at your pet, who has left no clue as to the cause of his death.

A dog can become an integral part of your life.

lt can be traumatic for a doting pet owner to witness the unexpected death of a pet dog.

Determining the cause of sudden unexpected death becomes important as it brings closure to the unpleasant event.

Pet owners need to know why their dog could die suddenly with its tongue out.

Did it have something foreign lodged in its abdomen?

Did it have some other infectious disease, or was he poisoned?

You’ve given your canine friend security, and you’ve given him love, and now you have to bury him.

Don’t be restless about what caused his death. Get the vet to perform a necropsy.

With the information you achieve, you can be prepared for your next pet and put this traumatic incident to rest.