Home > Behavior > How Do Geese Mate

If you’ve ever seen a goose and wondered how they mate, you’re not alone.

The mind is naturally designed to be curious, and this curiosity is the basis of all scientific progress. 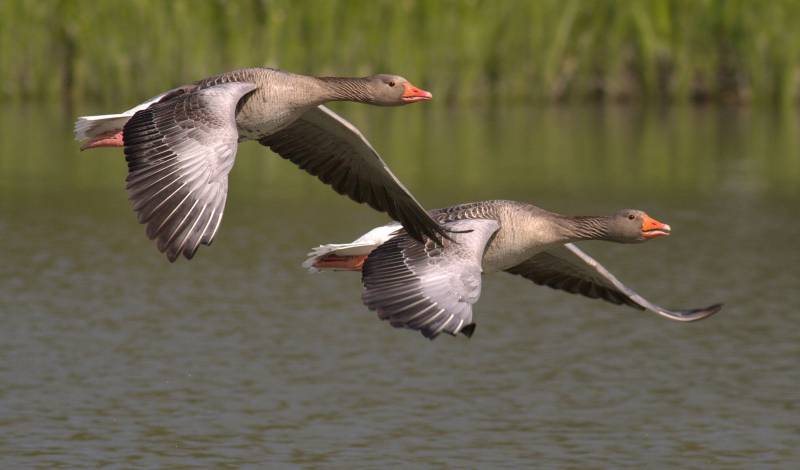 As luck would have it, man has been curious about geese’s mating for generations, so there is a lot of information on it.

This article will tell you all you need to know about geese and their mating habits.

So, grab your popcorn or coffee and keep reading.

Like most animals in nature, a male goose mates with a female goose.

First, one party has to court the other, and in this case, it is the male goose.

The courtship begins when the male goose flies above a flock of geese and identifies a female he is interested in mating with.

He lands and heads straight for the female geese, bobbing his head to show interest.

If the female approves of the male, she also begins to bob her head and move closer to the male.

A typical sign of rejection is the failure of the female to bob her head or move closer.

No one likes rejection, but if it happens, the male goose leaves the female undeterred and begins to bob his head for another female.

Though the male goose is very respectful of the female when rejected, he is not above fighting over her when the head bobbing process is interrupted.

If a male goose begins to bob his head to a female goose and is interrupted by another male goose’s head-bobbing, a fight would occur between both males.

The fight shows the female who is superior as the successful goose gets to continue with the mating process.

Males fight by biting each other, clapping their wings over the other, and chasing themselves.

The fight comes with a lot of angry honking and misplaced feathers until one of the male geese yields.

The successful goose then begins his walk of triumph by lowering his head and swinging it left to right while honking and hissing.

When he reaches the female, he raises his head and lifts his tail to announce his success.

The female does the same thing if she approves of the mating.

Geese can also mate in water. The process is similar to mating on land.

The male goose wades to the female while bobbing his head.

If a fight ensues, the successful male goose grunts loudly jump out of the water, and lands gently to announce his win.

The courting process of geese is brief and will only last longer if a fight begins.

Just like humans, geese love to clean up before they do the deed.

Now that the courting stage is successful and the breeding season begins, the mated pair prepare to breed.

They do this by having a dust bath, spreading their wings, and stretching.

When the male goose, also known as a gander, is finished with its preparation process, he searches for the female.

Geese only mate during the breeding season, and depending on their species, they migrate to breeding sites.

When all the mating conditions are satisfied, the male goose begins to peck the female goose to alert her of his intentions.

She proceeds to lower her body and allows him to mount her.

Canada geese breed from March to May, and like all other geese species, they have a permanent nest they return to every year.

During the breeding season, the female fashions a nest by making holes in the ground.

When the hole is sufficiently deep, she then proceeds to layer the depression with lichen, mosses, twigs, and leaves.

If the nest is destroyed, the female geese create another one close to the previous nesting site.

The nest is usually around a water bank. 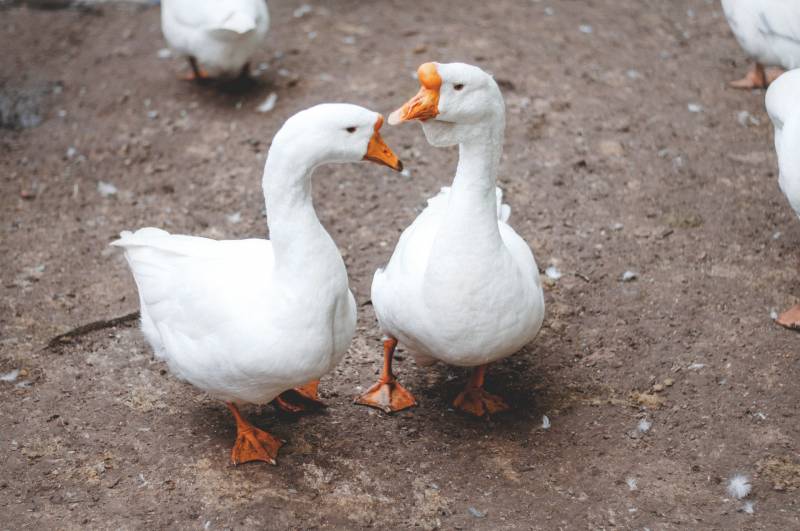 The number of eggs laid per season depends on the specie of the goose.

In the case of the Canadian geese, they lay an average of five eggs per year, with some females laying as many as nine eggs.

During the incubation period, the female goose remains at the nest, using her body heat to hatch the eggs.

The period from laying to hatching – the gestation period – is usually about 28 to 30 days.

This also differs by species. The male goose guards the female goose during this period and provides for her.

When the eggs hatch, the new parents guide the goslings to the water and show them how to feed, drink water, and swim.

The next day, the parents take the goslings to a general brooding area with other families.

Crèche is what we call this group of families and their children and it is quite a sight to see.

The parents protect the goslings for the first 10 weeks or until they start to fly.

There you have it! The discoveries of several scientists are all crammed into one article.

All this is possible through the power of curiosity.

There are so many creatures living and roaming the earth today that can help you notice the beauty surrounding you.

Nature truly is a beautiful thing to observe. Keep observing and stay curious!

Thank you for reading.