Doves are mostly gregarious species that are commonly spotted in residential areas. 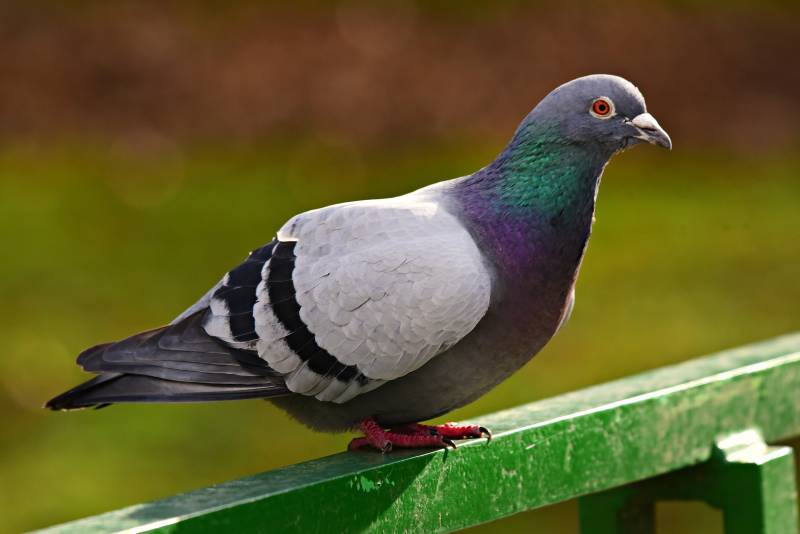 Like most birds, it’s sometimes tricky to ascertain the reasons for the sound they make: are they mourning or simply making arbitrary sounds when they coo?

If wondering why doves coo, this article explains the primary reasons why they make this sound.

Here are some of the reasons doves coo:

Bird sounds that are used for communication are named call notes.

Doves use cooing as one of the ways they communicate with each other.

While the sound may sound arbitrary to the human ear, it conveys a message to the other birds.

For instance, a mother dove may coo to call the attention of her babies, otherwise known as squabs.

The coo sound made by Mourning Doves is typical, gentle, and sad, as the name suggests.

However, the term does not in any way connote that these birds are grieving or mourning whenever they coo.

2. Doves Coo To Get Attention

Cooing is part of the mating process. Most birds have songs peculiar to each species to attract or call out to the opposite sex for mating.

However, mourning doves usually “play the wooing game” by cooing.

Although it is more common for males to coo, even female doves coo.

The cock or the male dove coo whenever they want to look for the company of a female nearby.

Although the female doves sometimes coo too, it is not common to initiate the call to mate.

The male coo is typically more enunciated than the female coo, which sounds weaker.

Therefore, if you hear the sound from a distance, it is most likely produced by a male.

3. Cooing In Doves Is A Part Of Nest-Building Habit

While people build houses for shelter, birds build nests; they make nests to protect themselves and their young ones.

Doves are birds from the Columbidae family, and they integrate this habit as part of their lifestyle.

You might notice these birds cooing while building a shelter.

This habit can be compared to someone singing while completing a particular task.

Also, cooing is sometimes a call out from the hen to its squabs.

They make this sound so their squabs can return safely to the nest.

Do Doves Coo When They Are In Danger?

While cooing is the most common sound doves make, it is not the dominant sound they make while in danger.

Typically, doves make a rattling sound whenever they sense an incoming threat.

This rattling sound is usually produced by flapping their wings when they try to take off from imminent threats.

Consequently, this sound warns the other birds nearby that a predator might be near.

Besides, sometimes, the sound may frighten predators and chase them away.

So, it’s very unlikely for a dove to coo because it’s in danger.

Although the sound is not necessarily indicative of danger, it is possible that such a bird might be in trouble.

Why Do Doves Coo At Night?

Doves are diurnal animals. At night, they are primarily asleep or inactive since they are active during the day.

Therefore, it is common for them to be quiet at night.

So, cooing at night is considered usual for doves. But if a dove coos at night, it is probably in danger.

A mourning dove, for instance, might coo when startled by a predator or a sudden movement.

After the cry out, it is typical for birds in danger to fly away from their current environment and make a fast flapping sound with their wings.

This sound will typically warn others of the danger around them.

Also, doves interested in mating at night may use their call notes to find a potential mate within proximity.

Why Do Doves Coo When They Fly?

Another interesting behavior amongst mourning doves is that they coo when they fly sometimes.

However, this behavior of flying and cooing simultaneously is typical among males.

And obviously, they do this whenever they are trying to woo a hen.

They usually like to crouch at the highest branch of a tree.

Afterward, they soar in the air for up to 150 feet while cooing.

Following that, they sing as they approach the female they are wooing.

The male coo is usually very loud and can be heard at a distance.

That makes it possible to fly at great heights while singing at the same time successfully.

There are usually between five and seven notes in a call, with the middle note generally being the highest.

Why Do Doves Coo All Day?

As earlier explained in the article, doves coo for several reasons.

However, cooing is less common at night. Mourning doves, in particular, could coo to reach out to a potential mate.

Also, they might coo to call out to their young ones or warn the other birds of danger. 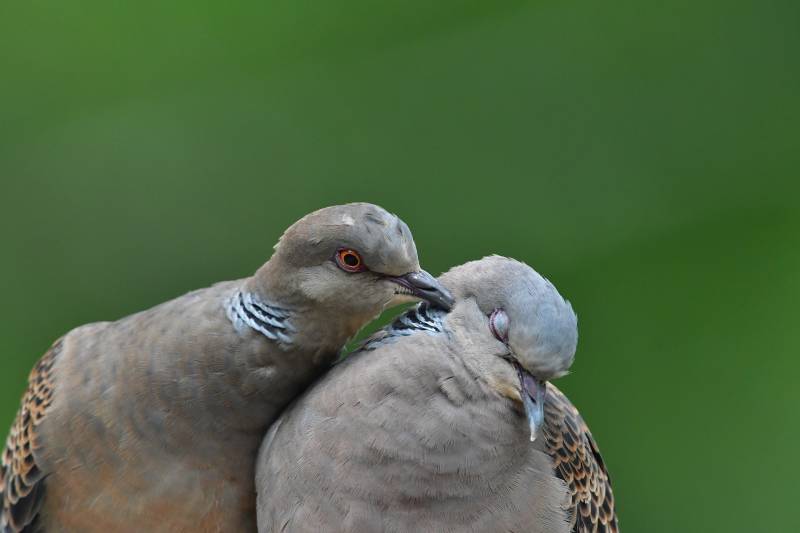 So, maybe you have these birds around your home, and it seems like all they do is sing all day long.

The most common reason doves may coo all day long is when they are building their nest.

It could take these birds about two to four days to complete the nest-building process.

Therefore, they sing along while they are at the task.

Female doves coo, but it is rare for them to do so. Cooing is more common for males.

The cocks have louder pitches, and their coos are even more enunciated than their female counterparts.

A male dove’s nest call is more articulated as a “coo-OO-oo” sound, whereas female birds’ coo might sound like an “ohr ohr.”

Moreover, the females sometimes bow and coo when choosing a male to be their mate.

Also, they coo to mark their territory and warn other birds to stay away from that area.

These behaviors are also displayed by male doves when trying to woo their potential mate.

Birds like doves are a significant part of the ecosystem.

The mourning dove, for instance, is very common in urban areas.

Therefore, it is essential to understand the sound that these birds make to interact with them efficiently.

However, pigeons and doves are diurnal, whereas owls are a nocturnal species.

Besides, owls are not typical in residential areas, although some suburban regions might have a few.

Pigeons are more prevalent in North Africa than in other parts of the world.

But despite being in the Columbidae, they are typically much larger than doves.