It is not common for animals in the wild to throw their feces.

It is the trait for monkeys, particularly chimpanzees, kept in captivity.

There is a psychological explanation as to why monkeys throw poop when kept in captivity. 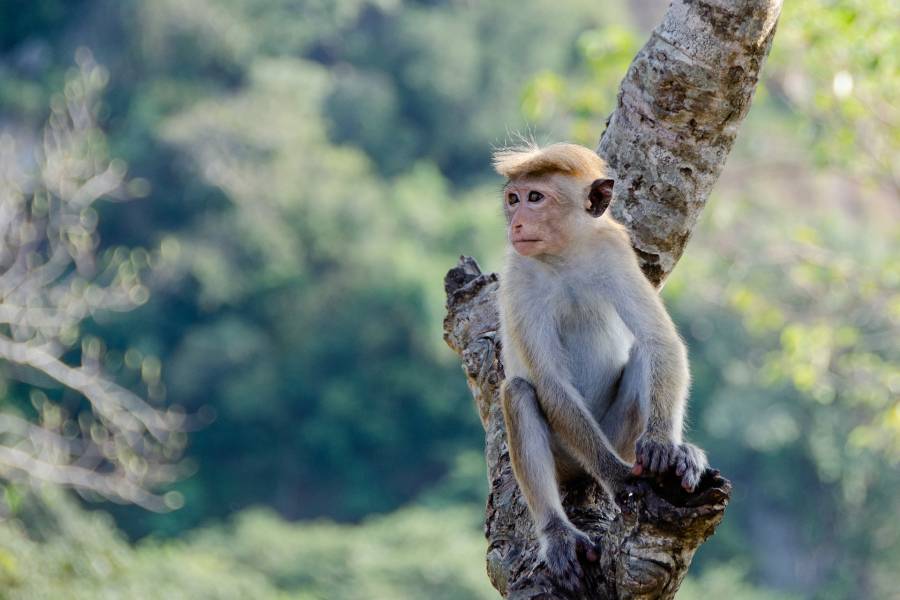 It involves their excellent nonverbal communication skills, aggressive nature, intelligence, and frustration, which build up in caged environments.

Research has been conducted to study the behavior of monkeys and resulting in finds that suggest that you need to be careful around monkeys kept in captivity.

Additionally, since small cages can further increase the stress levels of monkeys, poop-throwing behavior may be more common in these animals.

Poop-throwing behavior may be more common in captive monkeys than in wild monkeys for a variety of reasons.

Here are all the reasons why monkeys throw poop explained:

They Reconcile To Aggressive Advances

Many people think that one of the reasons why monkeys throw poop is because they are angry.

However, it is a reaction to aggression rather than an action fueled by aggression.

Monkeys can often get aggressive and get into fights with each other or other forms of social conflicts within their groups.

When a monkey, especially a male, gets into an aggressive conflict, its response is to reconcile.

This not only helps the monkey return the aggressive gesture but also helps them improve their social bonding and standing.

More often than not, the response is to throw a tree branch or rocks.

They may also stand up and wave their arms.

While these are only some forms of expressing assertiveness and aggression, this explains the question of why monkeys throw poop.

It is a learned trait and explains why monkeys may throw poop at humans.

Agitation From Being Kept In Captivity

It is common for monkeys in their natural habitat to throw rocks and drag tree branches and exhibit all kinds of behavior.

However, it is not so common for them to throw poop.

They express their aggression in other ways, such as throwing poop, which is more common in captive monkeys.

So, one reason why a monkey might be throwing poop is that it is agitated in captivity.

When monkeys are removed from their natural habitat, i.e., from the wild, this causes them to experience agitation.

It is cruel to keep monkeys in isolation as they are social animals.

They do not respond well to being kept in captivity, particularly in zoos.

All this treatment, combined with being kept in isolated environments, away from the wild, lead to much stress and frustration.

This is one of the many reasons why monkeys may express this frustration by throwing poop.

Frustration From Getting Stared At

When kept in captivity, monkeys already tend to get agitated from their treatment.

It is amplified when combined with the onlookers in zoo environments and is one of the reasons why monkeys throw poop.

While already agitated due to separation from the wild, every day at the zoos involves thousands of people passing by and ogling at monkeys as if they are a source of entertainment.

Especially when groups of people gather up to stare at monkeys, it fills them up with feelings of frustration.

They respond to frustration by throwing poop, much like we humans throw our thing when we’re frustrated.

As a form of monkey communication is throwing objects, and they cannot find many objects in their zoo environments, they resort to throwing their poop.

If you are bothering a monkey at the zoo, you need to watch out.

A well-coordinated monkey will get the right shot, and you will be bombarded with poop. 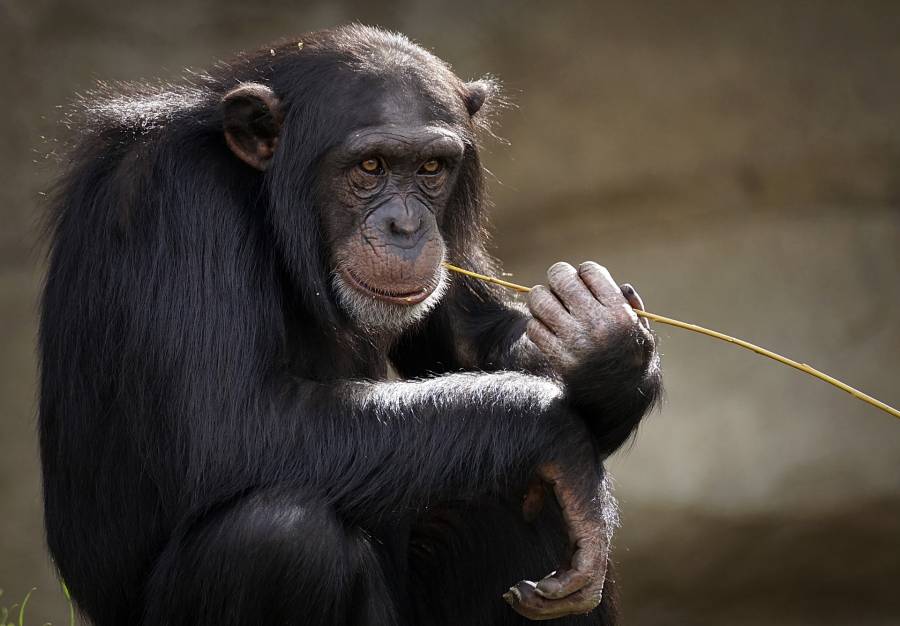 It Is Part Of Their Communication

Primates include both apes and monkeys.

One of the reasons why monkeys throw poop is that it is a way to communicate.

Monkeys use many non-verbal cues such as postures, gestures, and facial expressions to communicate amongst themselves and with humans.

They discovered that poop throwing is frequently associated with aggressive behavior, such as hitting or chasing the other chimp.

This behavior implies that throwing poop is a means of expressing hostility.

All these factors contribute to saying that monkeys are humans’ closest relatives.

It often leaves people in awe when they see monkeys conveying their emotions.

Now you might be wondering what this has to do with why monkeys throw poop; it is explained as we go further.

One form of communication among monkeys is throwing tree branches, rocks, and other objects within their environment.

Since research has proved that better throwers within monkeys are better communicators, it establishes that throwing and communication are related.

Furthermore, since research has not shown any physical prowess in monkeys who throw better, it can be concluded that throwing poop is not a product of hunting instincts.

Asserting Dominance In Their Social Hierarchy

Since it has been observed that better communication within monkeys is linked with better social standing, other research-based deductions can be made.

The fact that males are more likely to engage in this behavior than females leads the researchers to note that it may be connected to rivalry for territory or status.

For instance, males may successfully intimidate their rivals and establish dominance by throwing poop.

In order to establish their position in the hierarchy, they hurl their waste at those higher up the food chain.

Monkeys learn dominance hierarchies by observation of other social hierarchies.

Rather than fighting each time they meet, they establish a relative rank and tend to throw poop in the process.

It means that by showing aggression towards other monkeys, they are trying to establish rank.

For instance, if a monkey shows aggression towards another, the second may reconcile aggressively.

It is done to show the attacker who’s boss.

They may also exhibit this behavior towards other monkeys who are in a lower rank than them in the social hierarchy.

So, in conclusion, monkeys tend to throw poop at other monkeys they think are beneath them.

With throwing poop as a sign of communication, it is safe to say that a monkey who throws better is a better communicator.

The better poop thrower a monkey is, the better they are at communication.

Granted that it might seem like a farfetched way to communicate for us, animal communication works in different ways.

Given that even something as simple as throwing an object requires a lot of complex brain activity, a better thrower would also be coordinated.

Being a good thrower indicates that the monkey has heightened development in the motor cortex and left-brain hemispheres.

Therefore, the more developed a brain is, the better the owner of the brain would be at throwing objects.

This part of the brain is responsible for communication processing, which indicates that all these traits indicate the intelligence of a monkey.

It means that a monkey being a better throwing indicates its smartness.

It is backed by a 2012 study published in the journal Philosophical Transactions of the Royal Society B.

Who would’ve thought that one reason why monkeys throw poop is that they are smart?

They Are Directing Their Attention To You

Suppose you are not bothering a monkey and not doing anything to upset them and yet become a victim of their poop-throwing attention.

In that case, this may be them trying to communicate with you, and you need not worry that you are seen as a rival; rather, you should be flattered!

Since we have deduced that throwing poop is normal and common among monkeys kept in captivity, once you understand why monkeys throw poop, you should use this knowledge to know how to act around them and try not to upset them.

Monkeys are intelligent creatures who do not bow down in the face of any threat and act out in aggression.

Therefore, it would be stupid to mess with them and inhumane to frustrate them on purpose by disturbing them when visiting zoos.