Home > Behavior > Why Do Monkeys Bite Their Babies?

Getting beaten by your mother or family isn’t a pleasant experience for any child, especially when babies depend on them for survival.

Humans punish their kids to teach them the difference between right and wrong.

But why do adult monkeys bite, drag, or, in rare cases, even kill their babies? 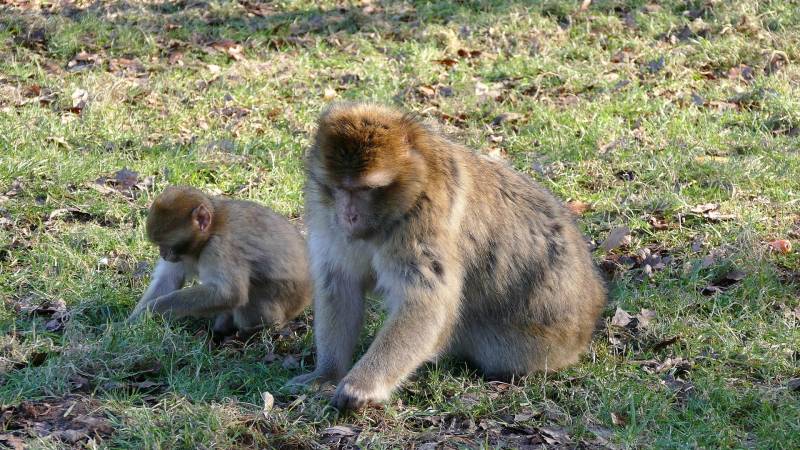 Several behavioral biologists have conducted extensive observational studies on this harsh behavior of adult monkeys towards their innocent, young babies.

A handful of researchers have provided some insights into the potential causes behind why monkeys bite or abuse their babies.

Scientific Reasons Why Monkeys Bite Or Abuse Their Babies:

During the first few months of babies’ life, mothers abuse their newborns by dragging, throwings, sitting, stepping on, biting, or slapping them.

A wealth of longitudinal and observational data have proposed the following main rationales behind why monkeys bite their babies:

1. Monkeys Bite Their Babies Out Of Playacting

It is just mother dotings and lovely teasing.

This biting isn’t a depiction of mother aggression but playfulness.

In return for mothers’ bites, the babies also bite their mothers.

2. Monkeys Bite Their Babies To Discipline Or Encourage Their Independence

According to Italian behavioral biologist Dario Maestripieri from Emory University and Kelly A. Carroll from Berry College, Georgia, mother monkeys frequently bite or slap their young to discipline their naughty behavior.

Mothers also sometimes bite their young to encourage their independence.

Baby monkeys only live with their mother for a certain amount of time.

Later, they move away from their mother’s care to explore their surroundings independently.

“Monkey mothers sometimes bite or slap their infants”, stated Dario Maestripieri, “to discipline their behavior or encourage their independence”.

Baby monkeys live with their mothers for one year to 18 months.

Like humans, young monkeys are forced to live independently and discover their destinies.

3. Monkeys Bite Their Babies Due To Social Deprivation Or Captivity

Whereas occasional bites or slaps are a form of light punishment – dragging the babies by their tails, throwing or pushing them at a short distance or ground, and other harsh behaviors such as stepping or sitting on the innocent young babies are not at all considered as mere punishment.

This is sheer aggression vented by abusive mothers on the young.

According to a 1978 research study led by Gerald C. Ruppenthal and his colleagues, Stephen J. Suomi, Mary L. Collins, and Harry F. Harlow, baby monkeys raised in isolation or captivity from the very moment of their birth are more likely to become aggressive mothers.

The research study was published in a renowned scientific journal, Journal of Abnormal Psychology, Volume 85, Issue 4.

“When baby monkeys are separated from their mothers at birth and reared under social deprivation conditions (caged)”, stated Dr. Gerald C. Ruppenthal,

Gerald C. Ruppenthal and his colleagues concluded that female monkeys raised without having any mother figure around were more likely to become abusive mothers.

Motherless mothers bite or abuse their young as they have no prior experience handling their newborns.

Japanese anthropologist Dr. Koichi Negayama from Osaka University further explained in her 1981 research paper that when mother monkeys are kept alone in captivity, they abuse their babies even if they weren’t separated from their mothers when young.

When there’s nothing around them to vent their stress, they release their frustration by biting their babies.

4. Monkeys Bite Their Babies Because Of Maternal Protectiveness

Monkey mothers roughly groom or bite their babies as a form of maternal protectiveness.

According to Dr. Troisi and D’Amato from the University of Rome, female abuse is linked with maternal protectiveness.

They bite, drag, or slap their young to punish them when the baby monkeys try to break contact with them.

Abuse associated with maternal protectiveness is not as harsh or grave as to result in a baby’s death. 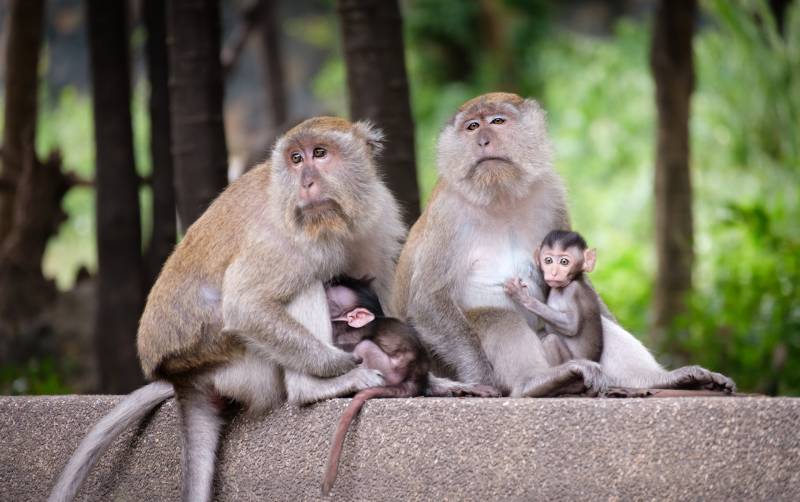 Monkey mothers are emotionally attached to their tiny, cute babies.

Therefore, they may become anxiously violent towards infants when they try to break contact with them.

5. They Are Genetically Related With Abusive Monkeys

Being social animals, monkeys learn what they see.

According to a 1997 study led by Italian behavioral biologist Dario Maestripieri from Emory University and his colleagues from the Yerkes Regional Primate Research Center, USA that infant abuse in monkeys runs in families.

If a female monkey was abused as an infant, she would also become an abusive mother.

The researchers postulated that maternal abuse in monkeys is passed down from generation to generation.

Like humans, an abused individual is likelier to become an abusive person.

During the research, Dario Maestripieri noticed those monkey mothers who frequently bit or abused their babies were closely related females.

They were either sisters or mothers and daughters.

The primary reason why monkeys harshly bite or abuse their babies is hereditary relatedness to another abusive monkey.

Monkey mothers adopt the parenting style they had observed or learned from their mothers.

Is It Possible To Break The Cycle Of Abuse?

Because abusive monkey mothers evolved from an abusive environment or were genetically inclined to abuse, early behavioral intervention is key in breaking the cycle of abuse.

And based on the study of Dario Maestripieri, evidence suggests that monkeys become who they are in favor of experience rather than genetics. This also means that monkey mothers who are genetically inclined to abuse may worsen when they grow up in an abusive environment.

As humans punish their children for doing something wrong, monkey mothers bite or slap their young to discipline them.

Socially deprived or stressed mothers may be more abusive than simply biting or slapping.

But it’s a rare occurrence.

Most monkey species adore their young and provide them with all the care and love they need as babies.