Home > Behavior > Why Do Squirrels Move Their Babies?

A lot of drama occurs in nature, and sometimes they leave you mystified about why certain things are happening the way they are, including why squirrels move their babies.

One of the biggest dramas associated with squirrels is mother squirrels moving their babies from nest to nest. 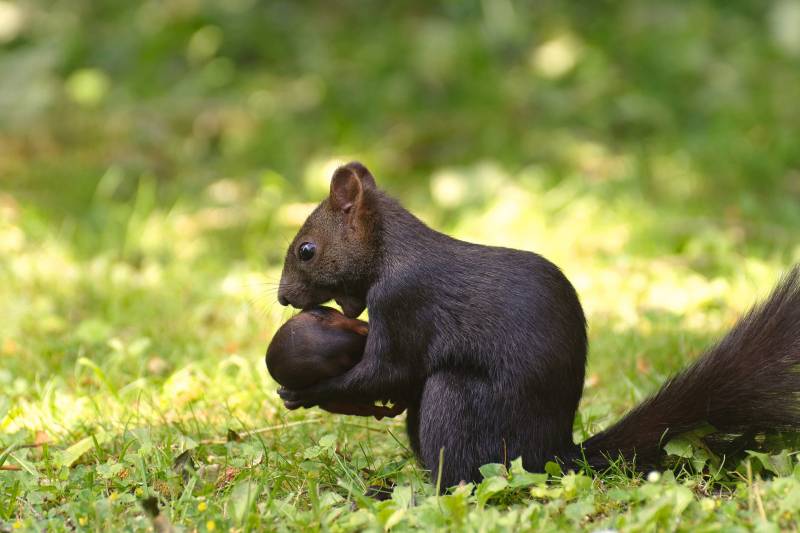 The mother carries out her actions energetically, which is a beauty to observe.

However, many people wonder why she carries out the exhaustive act.

This article aims to uncover the reasoning behind the why and the how of mother squirrels moving their babies.

While the baby squirrels depend on her, a mother squirrel moves her babies from nest to nest.

As she is very protective, she doesn’t perform this action lightly.

There are usually strong reasons behind her actions, and they are as follows:

1. Mother Squirrels Move Their Babies To Protect The Babies From Danger

Many wildlife animals protect their young ones in various forms.

When a mother squirrel prepares for her litter’s birth, she creates multiple nests in the same area in case of potential relocation.

She begins relocating when the mother squirrel spots a predator close to the nest.

Once an intruder disturbs the nest, she abandons the nest and moves to a more secure one.

The new nest is usually on the same tree but at a higher level.

A simple act such as shaking the nest is enough to trigger the mother squirrel.

She identifies the nest where she wishes to move the litter and moves them one by one.

Then, the mother squirrel gently holds the baby with her mouth, swiftly crawls, and leaps the distance to the new nest.

She stuffs the baby squirrels into the hole when she gets to the new nest.

Once she deposits her young safely, the mother squirrel scurries to a nearby branch and collapses.

Whether large or small, the mother squirrel carries the baby squirrel to the new nest as it is still under her protection.

The act is usually exhaustive.

The mother rests on the nearby branch, closing her eyes for a few minutes before starting the process again until all the babies are successfully transferred.

2. Mother Squirrels Move Their Babies To Provide A Bigger Nest For The Growing Litter

When the mother squirrel notices that movement in her current nest is limited and her litter is growing beyond the size, she relocates them to a bigger nest.

In this situation, she searches beyond the tree housing the current nest for adequate space.

When she finds a comfortable cavity or branch, she builds the nest – drey – by interweaving twigs, moss, grass, leaves, bark, feathers, and fur.

The nests are usually at least 30 feet above the ground and shaped like a globe.

Due to the similar location, humans usually confuse squirrel nests with bird nests, but birds do not use leaves when making their nests.

3. Mother Squirrels Move Their Babies To Protect The Litter From Harsh Weather Conditions

Mother squirrels can also relocate their litter during wet and stormy weather.

If her current nest cannot protect her litter during heavy rainfall, the mother squirrel temporarily moves them to a cavity within the same tree to protect them from the weather.

Holes within trees made by other animals offer more protection than open nests on branches. 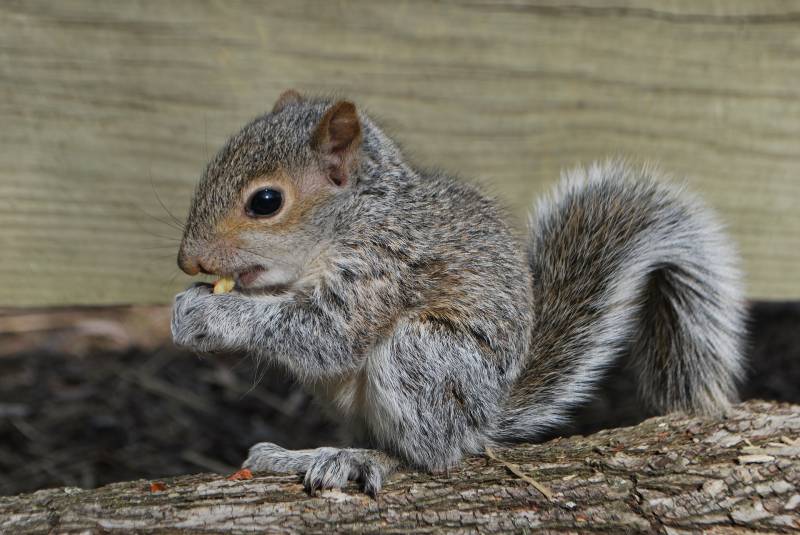 When the baby squirrels gain enough survival skills, they venture out independently and never return.

The young squirrels leave before they are 12 weeks old, usually, before another litter arrives.

Before they go, the mother squirrel effectively performs her role and is very protective of her babies.

The Resistance Of Baby Squirrels During Relocation

The mother squirrel’s courage and hard work when relocating her litter are to be commended.

As she transfers the babies one after the other, the first baby doesn’t fight much while relocating, but this is not the case for the other babies.

The ones left watch their mother inquisitively from the old nest and develop an opposition for the entire process.

When the mother squirrel successfully secures the baby and moves it to the new nest, she goes through another resistance as the baby tries to avoid being deposited in the new nest.

Despite the trial the mother goes through to transfer the successive babies, she never gives up and continues the procedure until all her litter members are in the new nest.

This shows how dedicated mother squirrels are to protecting their litter.

Should You Help Mother Squirrels Move Their Babies?

Understanding how baby squirrels respond to being transferred is essential to consider.

If you attempt to transfer them yourself, thinking you’d help their mother, think again.

Because baby squirrels, especially in the wild, may become frightened, stressed, and confused.

And out of fear, the mother may abandon them.

What To Do When A Baby Squirrel Is Left Behind?

If you find a baby squirrel left behind, and you can raise a squirrel, you may adopt it and nurture it.

To feed a baby squirrel, you can use bottles, syringes, and droppers, whichever is available.

Then, use Esbilac milk or Pedialyte and dilute it with water if you use powder.

Best if you choose the liquid form readily available in the market.

Never give them milk we consume, such as cow’s milk, because it is not suitable for squirrels.

Don’t overfeed them to avoid bloating and indigestion.

Squirrels reproduce twice a year – during winter and early summer.

After mating, female squirrels gestate for an average of 45 days and deliver their litter during early spring or late summer.

Each litter consists of about three babies that rely on the mother for food and protection.

Squirrels are polyandrous, and there is no limit to the number of females a single male squirrel impregnates per season.

Once mated, the male squirrel leaves the female and may only return to mate again.

The female is alone during the pregnancy and single-handedly takes care of the litter after birth.

The little things, such as watching a squirrel move its baby, can be just as beautiful as a flower blooming or birds flying in formation.

But all of these would be lost if we don’t observe it as it is happening.

Next time you see a squirrel moving its baby, appreciate its protective instincts.

Also, have your camera ready to shoot some beautiful moments!