Home > Behavior > Why Do Squirrels Cry

Fluffy tails, nuts, and raiding attics are not the only characteristic features of a squirrel.

They are also known for their cries.

Night or day, squirrels communicate and make sounds to express their situation.

The sounds vary and can either come out cute, like the muk-muk sound, or grating, like the quaa sound. 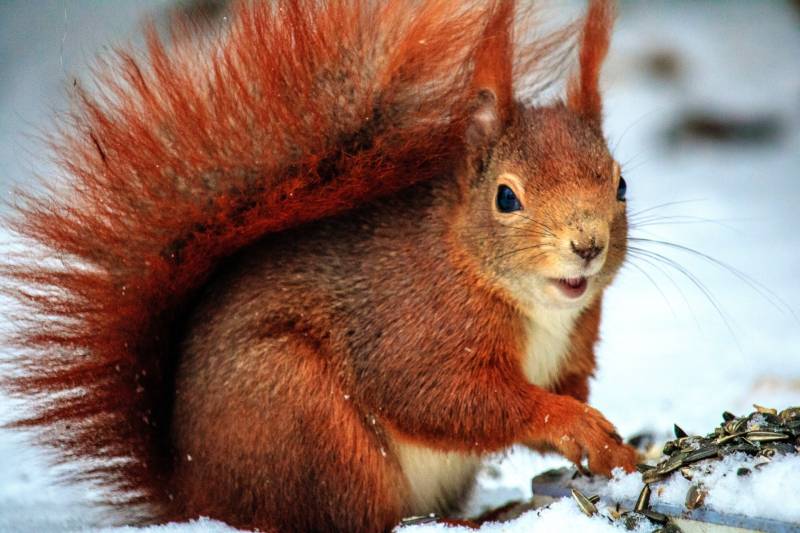 Keep reading to discover the various sounds squirrels make and why they make them.

Squirrels make various sounds, some loud while others quiet.

Here are some popular reasons why squirrels cry:

Domesticated squirrels rarely make this type of cry, unlike wild squirrels, who are prey to a large number of predators.

They can evade some predators but others, not so much, leading to a wide difference between domesticated and wild squirrels’ average lifespan.

Big birds such as eagles, hawks, and owls also hunt squirrels and make a meal out of them when captured.

When the squirrel spots a predator, it makes various sounds and scurries away for protection.

Other squirrels, upon hearing the sound translate it to mean that a predator is nearby and hides.

The cries can either be:

Eastern grey squirrels usually use the kuk, quaa, and buzz sounds, while the seet, barks, and seet-barks are shared among the North American red squirrels.

The various sounds are usually progressive and can also be used in combination.

For example, when the squirrel sights the predator, it swishes its tail, then makes the buzz sound, followed by the kuk, and finally, the quaa sound.

Also, the sounds can communicate the type of predator.

Barks typically indicate a ground predator, while seet and seet-barks are reserved for airborne predators.

2. To Express Anger Or Aggression

Depending on the species, some squirrels are highly defensive of their territories and food sources.

This is the case for American red squirrels with food sources such as the seeds and cones of evergreen trees.

They have been observed to warn off intruding squirrels from their food sources with rattles and screeches.

The squirrel’s cry begins with a rattle, informing the intruder of its presence.

Then the rattle is followed by a screech to threaten the intruder.

These sounds go together with teeth chattering, feet stomping, and tail wags to express hostility towards the trespasser.

This type of cry is usually shared among baby squirrels.

It involves the muk-muk or a moaning sound to call the mother’s attention.

It is soft and usually goes undetected by predators and humans.

Newborn squirrels have minimal mobility, zero vocal abilities, and rely on the mother for milk.

They cannot make any sound at that stage, but within a week after birth, they can make a squeak, and within three weeks, they can scream and perform the muk-muk sound.

Adult males also use the baby muk-muk sound when expressing their mating interest to a female squirrel.

The males do this because they want the female to be receptive and not feel threatened by their presence.

The mating instinct begins when the female is approaching her heat period.

Then the males gather around her and make the muk-muk sound.

Finally, when the female is ready, she runs, encouraging the aroused males to pursue her around the territory.

The males make loud kuks and quaas to discourage the weaker males from continuing the chase.

The stronger males then fight until one of them emerge as the winner. 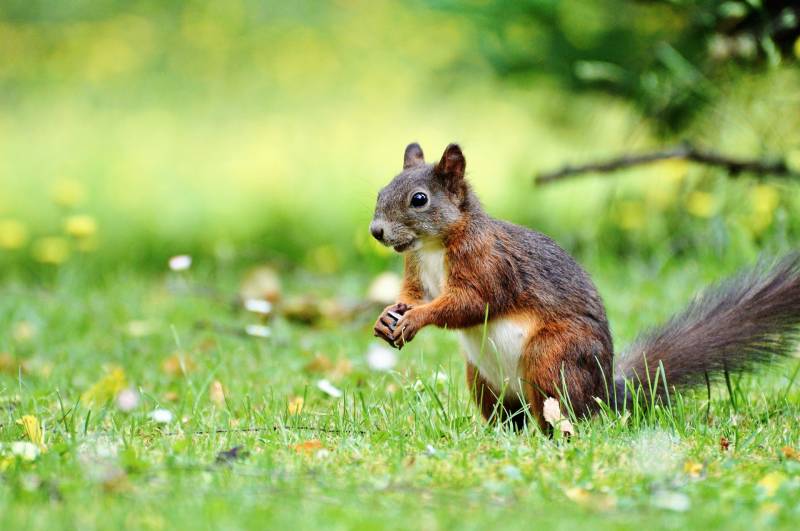 The dominant male who successfully fights off other males gets to continue the pursuit and therefore wins the race.

The female stops running when there is a clear winner and makes a moaning sound to indicate that she is ready to start mating.

The female is only in heat for a few hours, so squirrel mating sounds good together with aroused males pursuing a female around the forest.

This type of cry is usually one-way, as the squirrel is not trying to call the attention of other squirrels to its situation.

When a squirrel gets injured, it makes the muk-muk and a moan in expressing its pain.

The squirrel may make louder screeches or quaa sounds whenever the injured spot is incited.

Recovery is possible, but the prospects are very slim.

Squirrels in this situation are either rescued by humans, captured by predators, or killed by harsh weather conditions.

What Is The Intensity Of A Squirrel’s Cry In Different Situations?

You can hear high-pitched cries when squirrels are afraid, in pain, in distress, alarmed, sending out a warning, scaring off predators, and in danger.

Squirrels That Cry At Night

The most popular sounds made by squirrels are the danger/alarm calls.

It is usually made during the day as squirrels have poor eyesight at night and difficulty detecting predators.

The only squirrels active at night are the flying squirrels, who perform most of their actions during the night.

They can see clearly at night and make alarm calls when an intruder is sighted.

They also search for food and mate during the night.

If you happen to hear squirrels crying at night, you must live close to the habitat of a flying squirrel.

They live in attics, coniferous forests, and woodlands.

You must have heard a squirrel cry, but did you discover the true purpose of their cry?

That should be a challenge for the next time you hear them.

Figure out its purpose by observing the squirrel and its environment.

Translating their sounds may become your next favorite hobby!