Home > Behavior > Why Squirrels Make So Much Noise? Now We Know! 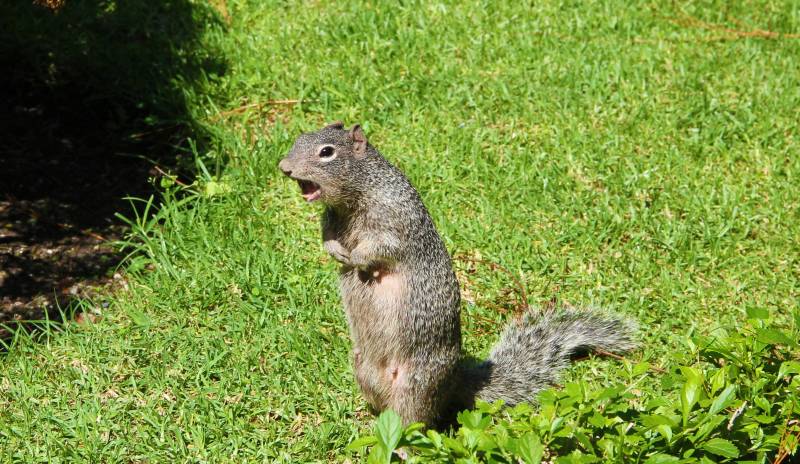 Squirrels are generally referred to as troublesome, and this is not only because they raid attics and damage electrical cables.

They also cause trouble by grating on our nerves with their penetrating noises.

The sounds they make are numerous, and in squirrel-infested areas, it may lead to sleepless nights.

This article will explore the type of sounds made by squirrels and the reasons they make them.

Sounds Made By Squirrels

They use various sounds to communicate and express themselves.

Squirrels made sounds commonly referred to as chattering or chirping.

The four main ways in which squirrels vocalize their feelings are;

These sounds can also be used in combination.

Age, size, gender, and other situations also affect the volume and type of sound made by squirrels.

Reasons Why Squirrels Make So Much Noise:

This type of noise occurs more in tree squirrels than ground squirrels.

Tree squirrels are incredibly territorial and usually make threaten Kuks and Quaas to prevent rival squirrels from approaching their space.

Because they are so high above the ground, tree squirrels do not have to worry about ground predators and make loud noises while in the trees.

The situation is different for ground squirrels as they have to communicate in quieter tones while trying to evade both aerial and ground predators.

Ground squirrels spend more time communicating as a community than making sounds to protect their territory.

This sound is more common among ground squirrels as they come into contact with more predators.

When the squirrel spots a predator such as a hawk or a cat, it begins to make a string of loud “barking” noises – kuks – to alert the other squirrels in its community.

You can mistakenly identify the sound made for danger as territorial sounds, but if you carefully observed the squirrel, then you can discover the real reason for the sound.

On some occasions, territorial sounds and danger sounds are made at the same time, but this only happens when two squirrels are fighting over territory.

Squirrels make sounds to discourage other animals from approaching them or their food.

The squirrel scolds the intruder by making kuks and screeching sounds.

For instance, when a squirrel spots an animal it can contest, such as a mouse, it threatens them.

If the animals refuse to leave, it attacks.

Squirrels can also scold humans when they approach their nest or food and are not beyond attacking when provoked.

Baby squirrels make this type of sound as they cannot fend for themselves in the first 2 months after birth.

They make the muk muk sound to alert the mother of their hunger and call her back to the nest.

Humans rarely hear this type of sound as the baby squirrels remain in their nests high above the ground. 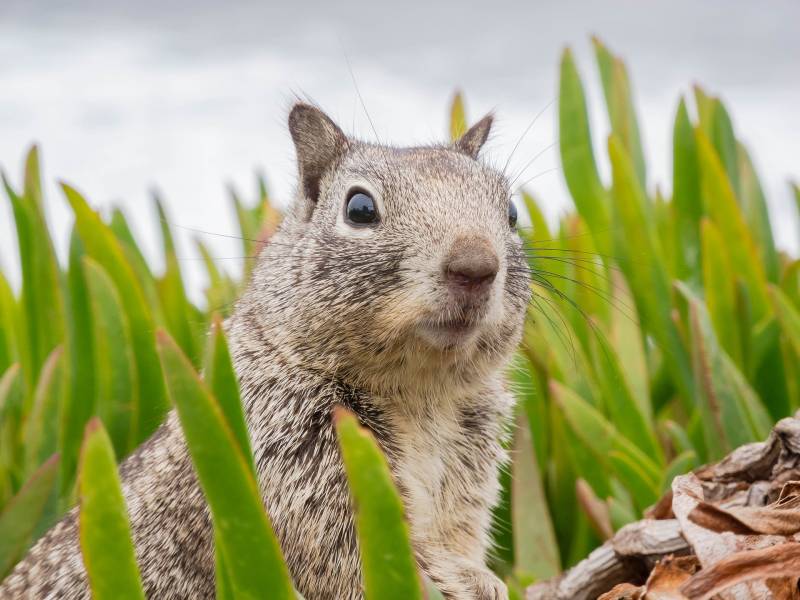 Baby Squirrels can also make screaming noises from about three weeks old and use this sound to call their mother when they spot danger.

When a male squirrel spots a female squirrel that he is interested in mating with, he vocalizes his interest by making the muk muk sounds of a baby squirrel.

Female squirrel interprets the kuk or quaa sound as a threat, thus, the male squirrel doesn’t make this sound.

He woos her by making puffing sounds and chasing her across the forest.

When the female squirrel approves of the mating, she stops running and makes the kuk and quaa sound at a steady and tonal pace.

They referred to this sound as a moan.

One or more male squirrels may pursue the female simultaneously, which would lead to a fight pronounced by loud territorial sounds and scratches.

The winner of the fight gets to continue pursuing the female and eventually mate with her.

Why Squirrels Make Noises At Night

Most squirrel species are diurnal and can be found resting at night.

Flying squirrels are the only squirrels that chirp at night, and they do not make as much noise.

However, when they are communicating with each other, they make ultrasonic sounds or loud sounds.

Since flying squirrels are nocturnal, they perform at night all the actions performed by other species during the day.

So, the chattering may be to express danger, mating, or mark territory.

The squirrel noises regarded by humans are crying noises are actually kuks and quaas made when a predator is spotted.

It is a distress call/cry made to alert other squirrels of the danger.

The crying sound can also be heard when a squirrel is injured and unable to return to its nest.

In this situation, the squirrel cries until it is eaten by a predator or rescued.

They also cry when they feel stressed, struggling, or when there is trouble.

Though the noises can be pretty exasperating, there is beauty in observing the squirrels communicate with one another.

Squirrels aren’t big, and neither are they scary, but they have been able to protect themselves and their young ones.

They do this by effectively communicating with their families and their community.

Next time you spot them in a park or the woods, observe them communicate with others or simply watch them in their element and appreciate the beauty of nature.