Home > Guides > How To Get A Pet Raccoon? – Necessary Steps

Are you planning to bring a pet raccoon home but have no idea about the legal procedure?

Do you want to know municipal, provincial, and federal policies and regulations related to owning an exotic animal?

If yes, you’re at the right place. 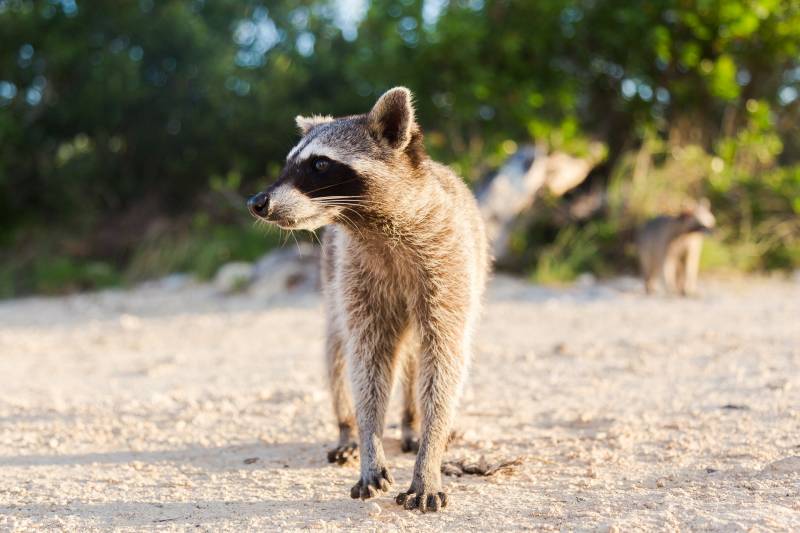 In this brief guide, we’ll address the laws and regulations related to wild raccoons in different states.

How can you get ownership of raccoons as pets? What legal procedures do you’ve to follow to get a pet raccoon legally?

How To Get A Pet Raccoon In The United States

That’s why they aren’t allowed to keep in many states.

The government banned the possession of wild raccoons as they are vectors of pathogens, harmful bacteria, and parasites that can cause complicated health issues.

Raccoons are also destructive and can cause severe damage to agriculture.

Their possession is illegal in Arizona, Maryland, Idaho, Kentucky, Colorado, Louisiana, and Massachusetts.

But, fortunately for you, some states still allow you to own a raccoon as a pet.

With a permit, you can own a raccoon in States like Indiana, Pennsylvania, Nebraska, Michigan, South Carolina, and Virginia.

Follow the simple steps to own a raccoon as a pet in the US.

The Police regulation, Chapter 169.04 stated, “No individual may own any live wildlife animal unless the individual holds a legal license or other approved certificate to own the wild species as required under s. 29.319 and the individual are otherwise in agreement with Chapter 169.04 and the rules promulgated under this chapter.”

Search for the nearest wildlife agency to cross-check the laws and regulations against owning a raccoon as a pet.

The agency will guide you in the right direction.

The wildlife agency will also let you know the latest laws related to raccoon ownership.

Your local city jurisdiction may have additional restrictions and laws against owning a pet raccoon.

You may need other municipal or provincial permits.

The agency will better put insight into the latest amendments in practices and restrictions.

It is illegal in almost every state to take a raccoon from the wild.

The government can take strict action against you for this. Do your research before you decide to buy from an online source.

Different states have different laws and regulations to ensure your raccoon’s safety; make sure it is legal.

Otherwise, it will be fairly impossible to find a vet.

It is highly recommended that you buy a raccoon from an authorized and reputable breeder or vet.

This will ensure that you’re purchasing a parasitic-free, healthy raccoon with a health certificate.

Unless the online seller has an authentic certificate and is a reputable breeder, be wary of online scams and try to avoid purchasing raccoons from online market services.

Check the breeder’s license and certificates for added guarantee.

It is illegal to own a raccoon without a permit.

You need a permit in advance if you intend to purchase a raccoon from a breeder in another state.

You must also submit an import permit application if you plan to bring raccoons from another state.

In such a case, a CITES (Convention on International Trade in Endangered Species of Fauna and Flora) permit is required.

You must submit a health certificate to your state’s government along with import permits to prove that the imported raccoon is free of any parasitic diseases.

How To Get A Pet Raccoon In Canada

Similar to the US, several Canadian states don’t allow the possession of raccoons as pets.

Raccoons are native to almost every state in Canada. 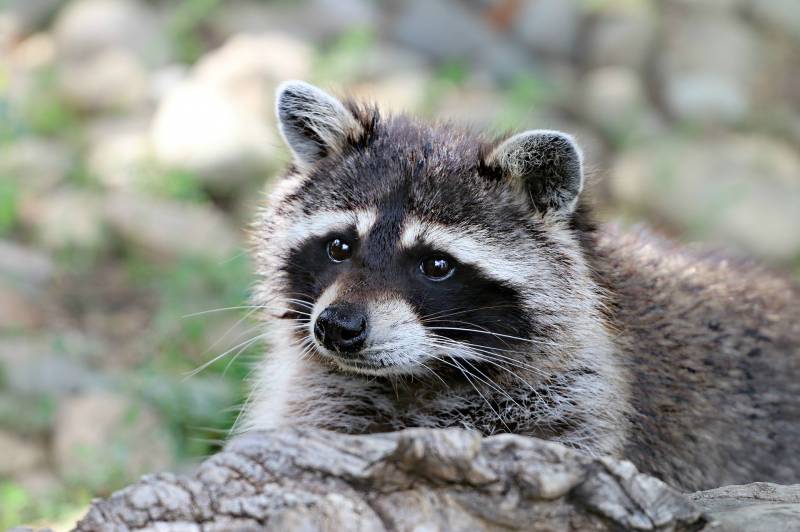 In some provinces of Canada, you might get to own a raccoon with permits.

For instance, in Nova Scotia, you can own an injured or orphaned raccoon.

Because injured raccoons are not able to survive in the wild, the provincial government allows people to provide shelter to injured or orphaned raccoons.

In Ontario, you may get to own a raccoon if you run a zoo or are a researcher.

Only if you’re engaged in raccoon scientific research will the provincial government permit you to purchase the animals.

Aside from zoo owners and researchers, no one is permitted to own a raccoon.

According to The Police regulation, Chapter 169.04, “Veterinarians providing treatment, public zoo or aquarium, and researchers involved in the related study are exempt from holding a license or other approval as required under this chapter to own any wildlife.”

Only these two provinces in Canada permit raccoons to be kept as pets. All other provinces do not allow this.

The legal process for obtaining a raccoon in Canada is similar to that in the United States.

If you are eligible to own a raccoon in Canada, follow the same procedures.

How To Get A Pet Raccoon In The Uk

Unfortunately, you can’t own a raccoon in the UK.

Since 2016, the Britain government has strictly forbidden keeping a raccoon as a pet.

The government has classified them as non-native species that are a highly invasive risk to native wildlife species and biodiversity.

The UK government prohibited raccoon ownership, importation, sale, and breeding by private individuals, and also throughout the EU.

Under the Wildlife and Countryside Act, you commit an offense if you release a raccoon or allow it to escape.

Roaming raccoons are pests, and if seen by anyone, they should immediately report it.

Furthermore, their behavior is also unpredictable, and people should not approach these roaming raccoons.

It is indeed best to stay away from raccoons for people’s safety because they bite or attack when they feel threatened.

The law forbids anyone, not even zoo owners, from breeding raccoons of the current species.

The UK government is only allowing zoos to exhibit existing stocks of raccoons.

If you’re conducting research on the raccoon species, the government may grant you a special permit after completely submitting The Invasive Alien Species (Enforcement and Permitting) Order 2019 form.

However, your chances depend on the nature of your research, such as whether it is for scientific or medical purposes.

Raccoons are declared as highly invasive and fairly destructive in almost every part of the EU.

To get a pet raccoon in the EU, you must follow the necessary municipal, provincial, and federal laws and regulations.

Only this way, possessing a raccoon won’t bring unwanted trouble for you.