Home > Interesting Facts > What Do Dogs Think Of Humans?

Over the years, dogs have won the status of humans ‘best companions.’ They will invade your lap, fight you with pillows, guard your home, and endlessly love you. But do you ever wonder what dogs think of humans?

Dogs love their owners; this is no more a myth than a scientifically proven reality.

The study of animal cognition that scans a dog’s brain discussed the synaptic connections inside. 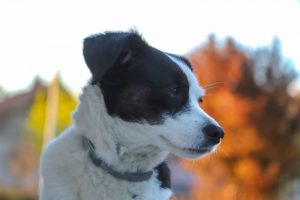 A study revealed that just the scent of an owner could stimulate the reward center of a dog’s brain because dogs navigate the earth through their nose.

Smelling is their most vital sense.

Out of a world of aromas that dogs can sense, their owner’s scent activates a significant part of their brain.

No wonder dogs recognize, realize, and respond to every human move. They acknowledge their human family and have specific thoughts about them.

What do your dogs think about you?

Dogs desire to be fed by their owners

Research conducted on the feeding patterns of dogs concluded something exciting. Some dogs receive their favorite food in front of their owners, strangers, and when they are alone. However, most of them showed extreme enthusiasm and desire when their owners fed them.

However, when fed in front of strangers or solitude, they consumed the same food with minimum enthusiasm and desire.

In a nutshell, dogs feel motivated and enthusiastic when their human partners are around. Likewise, their favorite meals become much more enjoyable when served around their caretakers.

They have needs similar to most human needs. Praise and appreciation are some of these crucial needs.

Dogs think of humans as their parents and mentors. Once you let them into your house and life, they care for what you think of them.

Studies on dogs’ behaviors suggest that they tend to choose praise if they are to choose between food and praise.

Dogs impart love generously, and just like most creatures, they direly lookout for it to be reciprocated.

A widespread and well-known expression of love by dogs is licking the face. We see it nearly everywhere and with all breeds of dogs.

Your dog would probably jump into your lap and lick your face till your skin starts to feel loose.

This trend, however, comes from the dog family.

Most puppies lick their mother’s face as soon as they wake up.

Studies show that one purpose of this act is to stimulate the regurgitation reflex within their mothers. This helps the mother to vomit out the food she has caught.

Licking of the face has been an expression of hunger and demand for food, whether a puppy is licking her mother or a wild dog licking the face of their pack leader.

Dogs who reciprocate the same with their human owners assume them to be their parents. This act indicates what dogs think of humans.

Also, they trust humans to feed and nourish them, just as they’d trust their dog family.

An interesting fact about dogs is that they can read the gestures on human faces.

A study released in 2016 reveals that dogs can read human expressions. Even if that is a photograph, a dog can realize a smile, smirk, grin, or angry emotions.

Amazingly dogs don’t smile, but they catch it right away when you smile their way. Similarly, dogs read and react to their owners’ gestures and facial expressions.

Dogs teaming up with humans

Dogs think about humans as their teammates. Imagine a dog tossing a ball in the sky with the tip of his face while playing with a kid. Dogs play, eat, sleep, walk, and live with us.

Without communication, dogs can offer you all you’d want from your best buddies.

Dogs see us the same way. While we can’t enter their canine world, dogs learned to assimilate into our society. They adjust to a world that is different from theirs.

And so, dogs find humans as their teammates, friends, parents, and providers.

Do dogs rely on our facial expressions?

A study shows that when a dog sees another dog, certain regions of its brain light up, whereas seeing human faces.

And sure, we rely on facial cues, but dogs apparently don’t.

This means they may recognize our facial expressions but rely on other information, such as our voice and body posture, to understand us better.

Do dogs see us as humans?

What do dogs think about their human family?

Dogs need love, parenting, and a caring family like everyone else.

The research on dog behaviors reveals that dogs see their human families just as a human infant does. They rely on them for their protection.

Most people would keep dogs for security purposes. Yet, at the same time, studies reveal that dogs look forward to their owners providing safety and security.

Most animals, including horses, cats, and other petrified animals, usually run away when exposed to something scary or suspicious. Dogs, however, revert to their human caregivers when faced with awful situations.

Dogs see humans as their families and would be willing to go all the way round to reciprocate the love and affection they receive.

Dogs make up a substantial part of the human world. They undoubtedly make our lives happier, healthier, and joyful.

Please don’t be harsh on your Tommy, for he feels everything. He can read your facial expressions and assimilate the anger you pass his way.

Whereas they also feel the love, care, and affection that you offer them. And they would do absolutely anything to return the favor.

All the excitement, tail wagging, and face licking aren’t just a habit, but that’s purposeful. Dogs think of humans as their own family!