Home > Interesting Facts > Do Dogs Think In Barks? – All You Need To Know

Imagine a world without language; it would be chaotic, right?

Language is fundamental to all living things.

These elements, however, do not apply solely to us.

How about dogs, specifically? 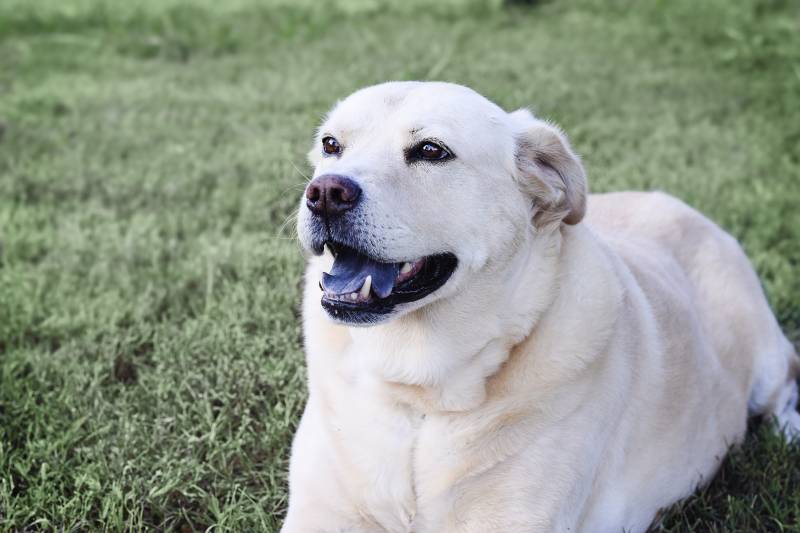 Dogs have their own “bark language” to express themselves.

Understanding it is not difficult, especially if you have a furry companion with you; you may be better than you think.

Keep in mind that there is no official “bark” language, which may help us answer the question of what dogs are thinking when they bark.

Experts have conducted numerous studies on dog barking over the years.

Wolves, their wild counterparts, do not bark as frequently as domesticated dogs.

Barking may be another byproduct of domestication, as dogs with a high level of interaction with humans bark more.

Dogs bark to communicate with one another and with their owners.

But, unlike Dr. Dolittle, who understands every animal language, we don’t understand what our friends are saying.

We might not even understand what our furry friend is saying.

We frequently rely on their body movement and the tone of their barks to understand them.

So, to answer the question, do dogs think in barks?

Yes, they do think.

Recent research suggests that there may be more to barking than meets the eye.

Dogs have a relatively “modifiable vocal tract,” which allows them to subtly alter their voices to produce a wide range of different sounds.

These sounds, however, could have a variety of meanings.

When experts examined spectrograms of dog barks, they discovered that not all barks are the same, even if they came from the same dog.

A dog’s bark can vary in timing, pitch, and amplitude depending on the context, which may convey different meanings.

To understand dog barks, you must first understand the science of tones.

Several studies have revealed that the tone of a dog’s bark varies over time.

Depending on the context, the pitch and tone may differ.

This bark could indicate protectiveness and aggression to a stranger, whereas the latter is more excited and happy that you have to come home.

Why Do Dogs Bark?

Dogs have a variety of vocal ways to communicate with each other and with their owners, one of which is barking.

Dogs bark to alert their owners, to signal that they want to play or cuddle, or to express that they are hungry and want food.

Each type of barking serves a specific purpose for a dog, and many owners can tell why their dog is barking just by hearing the specific bark.

What Do Dogs Think About Barks?

Do you understand what your dog is trying to say when it barks as an owner?

Dog bark is defined as the alarm sound made by dogs when they try to say something.

However, when your pal’s bark is accompanied by growls or is lower-pitched, this typically indicates a threat.

You should pay attention to what your dog is trying to show or tell you.

When our pal’s bark, it could mean they are conveying a message. And when they try to convey a message, that means our dogs are thinking. 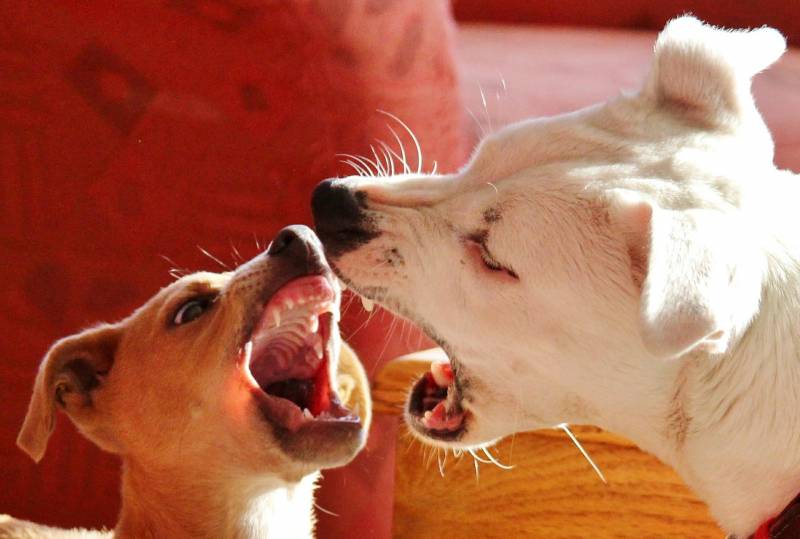 Dog barks are solely determined by three dimensions: pitch, duration, and frequency. And the context will differ depending on the bark.

When a dog’s bark pitch is low, it usually indicates that the dog is angry, threatened, or has a high likelihood of aggression.

If the pitch is high, your dog may be attempting to communicate “Come closer” or “Can I come closer?”

Infrequent barks indicate that your dog is not excited. If your pal barks occasionally, it could mean that he is excited about something.

Finally, if the barking is frequent, it could indicate a potential crisis or a situation that requires immediate attention.

A long bark may indicate the nature of the potential crisis and the dog’s possible next action.

However, a short bark indicates that your dog is worried or fearful.

If Dogs Think In Barks, Do They Understand Our Words?

In general, dog owners bark at their dogs in hopes that they understand what they are saying.

To communicate with dogs, you need to bark in the right tone while also training your dog to recognize what message you’re trying to convey.

Observe your dog’s tone when you’re out for a walk, and he is feeling excited.

When he is feeling threatened or scared, listen to his bark.

This will then give you an idea of the tone that you should use when barking at them.

Dogs, like humans, communicate in order to express their feelings and emotions.

They bark when they want food, when they are nervous, or when they have anything to say to their owners.

We can see our dogs playing and barking at other dogs, but we have no idea what they are saying.

We may think they are just barking at absolutely nothing, but we now can perceive that when the dog barks, it accompanies meaning or feelings they are trying to express, and for that, we can say that dogs do think when they bark.

If you are considering getting one, or if you already have one, understanding your dog’s barking is essential not only for you but also for your furry friend. It will help you and your dog develop a very meaningful relationship!