Home > Health > Why Do Dogs Lick Their Paws Before Bed?

Many dog owners have been curious about why their beloved pets lick their paws before they go to bed.

This article explores the various causes of why dogs lick their paws before bed and what you should do if your dog is licking its paws excessively. 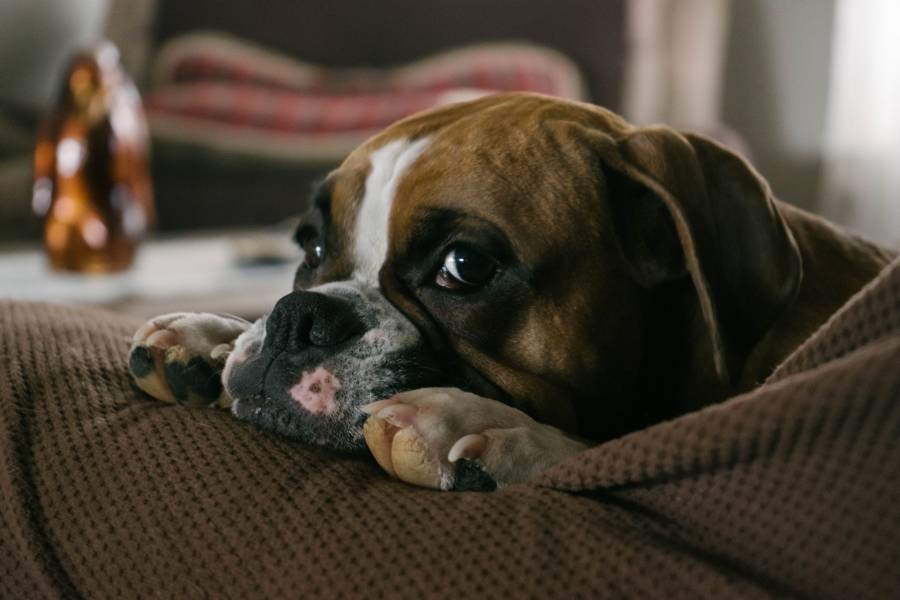 Why Do Dogs Lick Themselves Before Sleeping?

A common reason why dogs lick their paws is because of allergies.

Allergies may lead them to continuously lick and chew on their paws, which can cause itches and inflammations.

Allergens from food, dust, or grass can affect your dog’s skin leading to redness, hair loss, and itching.

Since allergies can cause dogs to lick themselves excessively, it is wise to inspect the paws if your dog licks their paws.

If you find mild signs of redness or rashes on your pet’s paw pads, this may be due to allergies.

To confirm if the allergy is indeed the reason why dogs lick their paws before bed, you should change your dog’s diet to a hypoallergenic one.

This food is made from less common proteins that are easier for dogs to digest and usually cause fewer allergic reactions.

Another remedy is to take the pet to a veterinary immediately.

The vet will diagnose and prescribe effective medications like steroids and antihistamines.

Fungus and yeast infections may also affect your dog’s skin and lead to excessive licking of its paws.

Yeast is usually found on damp surfaces such as the body, ears, and feet.

Yeast infections on the paws of a dog can cause red, irritated, and itchy paws.

Although yeast can appear anywhere on the paws, it most frequently occurs on the underside, in between the pads.

The nail beds can occasionally have a brown discharge.

Yeast infections are caused by a type of fungus that clings to moist areas on the body where it can thrive without being disturbed.

It is also important to note that dog yeast infections are typically a symptom of more serious issues.

This suggests that there may be another problem weakening the skin’s natural defenses and allowing yeast to proliferate more vigorously than usual.

If a dog has food or environmental allergies, yeast infections in their ears or on their skin are very common.

Hormonal issues or other illnesses that impair immunity are additional underlying conditions that may result in yeast infections in dogs.

The best course of action is to take your dog to the vet, so s/he can prescribe the proper medications needed.

If advised by your veterinarian, you should feed your pet with different food or medicated treats.

It will allow the yeast to be killed by the medication without affecting your dog’s digestive system.

Your dog might also lick their paws before going to bed because they are in pain.

It is widespread among older dogs, who may have arthritis or other similar conditions.

Dogs with back problems from either injury or degenerative disks could experience a great deal of pain while trying to sleep, making them lick their paws to try and feel better.

You should visit the veterinarian as soon as you notice that your dog is in pain so that your pet can receive a proper diagnosis and medication.

Never ignore a distressed dog because it can disrupt their sleep and make them feel even more restless.

The Dog Has Dry Skin (Dermatitis)

Dogs with dermatitis will often lick and chew on their paws.

Dermatitis is an inflammation of the skin that usually occurs between the toes.

It can also occur under the belly folds or inside your dog’s ears.

It’s common for dogs to have dry skin, which sometimes leads them to “scratch” it by licking their paws.

You should regularly check your dog’s paws to ensure they don’t have dermatitis.

If you see any signs of dry skin, redness, or inflammation, it is best to take them to the vet so that s/he can prescribe the proper medication for their condition.

Also, you can help your pet’s skin be healthier by giving them supplements like Omega-3.

It is known to improve the condition of dry skin and even thicken the fur, which will make it less susceptible to infections or allergies.

Dogs who get bitten by fleas and ticks might lick their paws excessively to try and stop the itchiness.

Some dogs, especially puppies, will also chew on their feet or scratch them so much that they can cause hair loss and skin irritations.

It is best to take your dog to the vet if they are constantly licking its paws due to parasites.

You should also regularly check for fleas or ticks when you groom your pet so you can get rid of any, thus preventing future skin problems. 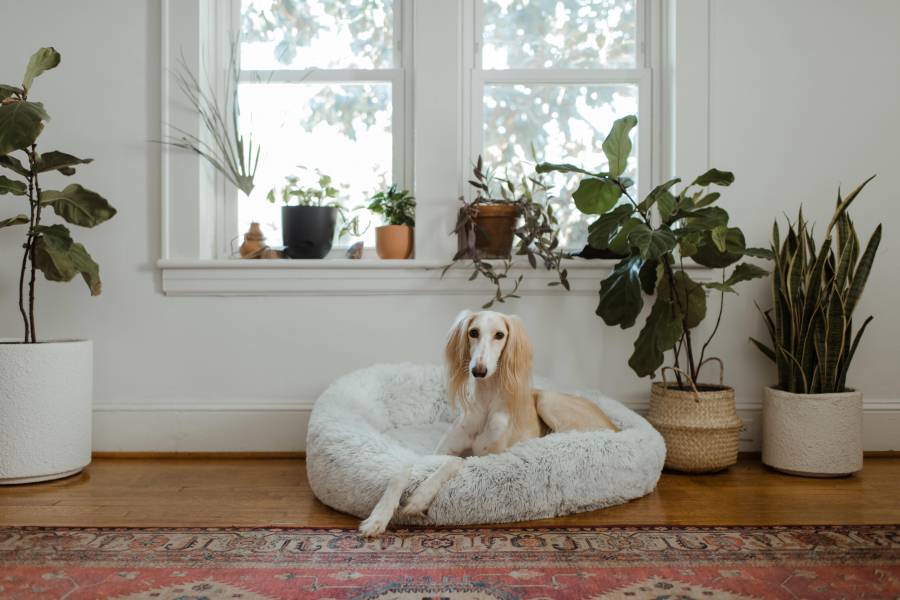 Some dogs lick their paws before bed because of anxiety or stress.

It is most common in young puppies who are anxious about being alone for the first time.

But some older dogs suffer from separation anxiety, which makes them lick their paws before bedtime.

You can help relieve your dog’s anxiety by regularly engaging in activities with them.

You can also leave a radio on while you are gone to provide some noise and make them feel less lonely.

The Dog Is Grooming

Some dogs lick their paws because it’s a habit, especially since they were puppies.

Sometimes, your dog will even try to clean the rest of its body with its tongue-including licking its private parts.

It is widespread among short-haired breeds, which require regular grooming to maintain their coats.

To stop your dog from licking its paws excessively, you should groom it regularly.

You can even try rubbing some petroleum jelly on their feet to keep them from being dry and irritated.

If your dog is licking its paws excessively during heat cycles, it could signify hormonal imbalance such as hypothyroidism or hyperthyroidism.

The pheromones in male dogs can act as an irritant to female dogs, which will make them lick their paws constantly.

Symptoms of these conditions include red spots, hair loss, thinning hair, and excessive shedding and loss.

Taking your female dog to the vet for a checkup is best if you are concerned about hormones.

And it should go without saying that neutering both male and female dogs will reduce their tendency to lick their paws.

Long periods of time alone could cause your dog to begin licking its paws out of boredom.

When their owners leave for work, dogs who are accustomed to spending a lot of time with their owners and family frequently find themselves alone.

Grooming your dog every day before going to work, and leaving a radio on for them, can help reduce their boredom.

In some cases, if the paws licking is severe enough-you, you might also consider getting another pet.

The Dangers Of Licking Paws

If your dog licks their paw while they have an open wound or if its tongue starts bleeding, it could lead to a severe infection.

If your dog’s licking behavior has started affecting their daily life, you should take them to see a vet straight away.

The most common issue is when dogs chew their paws or lick them for long that they cause irritation and soreness.

It frequently causes skin inflammation around the affected area, which can become infected if not treated immediately.

If your dog licks the same spot repeatedly, you might also see small bald patches on its fur.

Excessive licking can sometimes lead to skin lesions that might need medical treatment.

Dogs can lick their paws for various reasons, but it’s important to remember that they’re not doing it to be deliberately uncooperative.

If you’ve realized that your dog licking its paws is due to boredom or stress, then there are plenty of ways that you can help them stop this behavior.

Once you’ve found out why they’re licking their paws, you can start looking for ways to deal with the problem using some of these tips.