Female dogs are no different than human beings when it comes to reproduction. If you are a female dog owner and your dog has already hit puberty, you must notice different discharges during the reproductive cycle of your dog. 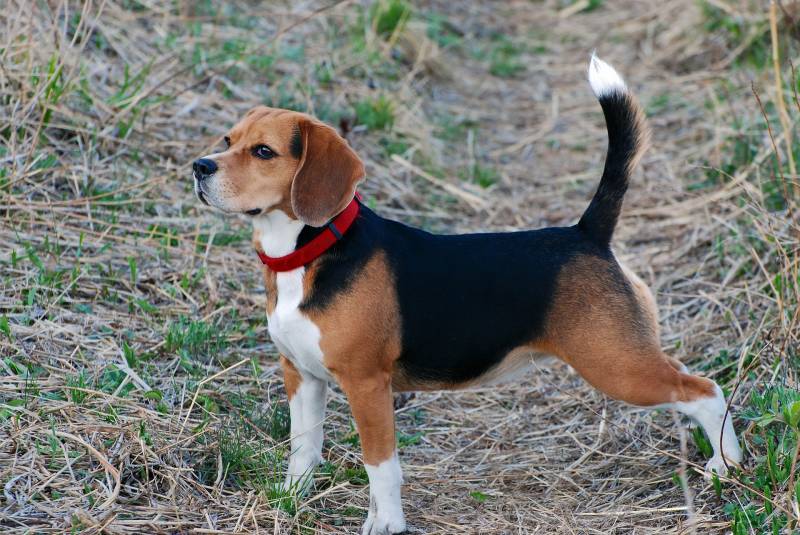 From bloody discharge to white mucus discharge, you must have noticed it all! Well, there is no need to fret and worry about the different types of fluids being discharged by your pet female dog.

All you have to do is keep yourself aware of the pattern of vaginal discharges during the cycle, and you are good to go!

The term ‘heat period’ means the mating phase of the female dog, when the dog is ready to reproduce. Just like human beings, dog’s hormones surge during the heating phase, which leads to them becoming attracted to the male dogs around them to expand their family.

If you are a dog owner who is naïve and new to the strange and changed behavior of your female dog, then that’s not a surprise.

Every dog owner who is new to this finds their female dogs to be discharging a white fluid and chasing male dogs around, which does not usually happen.

There are four distinct phases of a female dog’s heat period.

The first phase or the initial phase of the mating time of a female dog is called the pre-oestrus phase. This is the time when you can start noticing that your female dog’s vulva has slightly become swollen.

Moreover, you might notice stains of bloody fluid on your carpets. This phase is almost nine days long usually but can differ according to breed and size. This is when your female dog has started giving off a strong smell or scent, which will attract the male suitors.

However, upon getting approached by a male dog, your pet may start barking and acting agitated. Well, this is new for her, and we certainly can not blame her!

This is the time when the female dog will not be agitated and irritated when a male dog approaches her. She would rather be open and welcoming to the advances of the male dog during this time. This shows that the female dog is completely fertile and is ready to reproduce.

This time is also called ‘standing heat’ because the female dog becomes receptive to the male advances. She starts wagging her tail in front of a male suitor and also stands sturdily in front of him.

During this phase, the female dog ovulates, which means she produces fertile eggs.

In the oestrus phase, you will observe that the fluid discharged by the dog is like mucus. The discharge is thick and white and can be a little watery too. The chances of becoming pregnant in this particular phase are very high.

This means that if the male dog impregnates the female dog, she will give birth to adorable little puppies of her own.

This phase comes after the fertile phase of the cycle. The post-oestrus is identified by the disappearance of the white watery discharge from the female dog’s vagina. All the signs and symptoms linked with the heat of the female dog disappear.

If the female dog was successfully impregnated by the male dog, then a structure called corpora lutea is formed inside the female dog’s uterus. This is when there is a surge in the hormone progesterone, and the embryo gets implanted.

Another critical hormone called prolactin also starts getting secreted, which encourages milk production in the mammary glands of the female dog.

How To Deal With Female Dog’s Discharge

As discussed above, the types of vaginal discharge of the female dog can greatly vary during different phases of the reproductive cycle. If you don’t want to get your carpets stained, then it is advisable to follow a few tips to deal with the discharge.

Use Nappies And Diapers

Using heat diapers and nappies is highly advisable if your dog is bleeding during the fertile phase. The pre-oestrus stains can lead to bloody stains, while the oestrus phase can lead to white stains. To manage these stains, you must use reliable dog nappies.

These nappies can be worn by female dogs during the heat period easily. It has been observed that the female dogs usually have a strict self-cleaning ritual that they follow during the fertile phase, but it might not be enough.

In case you are feeling overwhelmed by your female dog’s white discharge and are clueless, it’s best to take care of the dog’s hygiene. Keeping your pet in a defined space or room during the heat period can also help with hygiene issues.

Moreover, changing the mats and carpets placed in the dog’s room or space will also promote hygiene. Washing and cleaning your female dog will help eliminate any bacteria as well.

In case your female dog already has reproduced, and you don’t need more puppies, you can also consider ‘spaying’. Spaying is a process of making your female dog sterile and removing her ovaries.

There are times when the female dog becomes too stressed during the heat period and bleeds a lot. This can be avoided by seeing a vet and getting the dog spayed. This can also help reduce the risk of developing uterine cancer at the later stages.

Every dog hits puberty at a different age. It all depends upon the size and breed of your dog. Hence, if your dog has just reached the age of puberty and is discharging fluids or behaving differently, you must equip yourself with the necessary knowledge to take care of your pet.

Moreover, if you want to know whether your female dog is in heat or not, you must learn to observe the characteristic signs of heat in your pet.