Home > Behavior > Does A Male Dog Know When The Female Dog Is Pregnant?

Dogs are super intelligent creatures that also happen to be extra observant.

If you are a dog owner, you must have noticed that a dog can even detect your mood swings on numerous occasions. 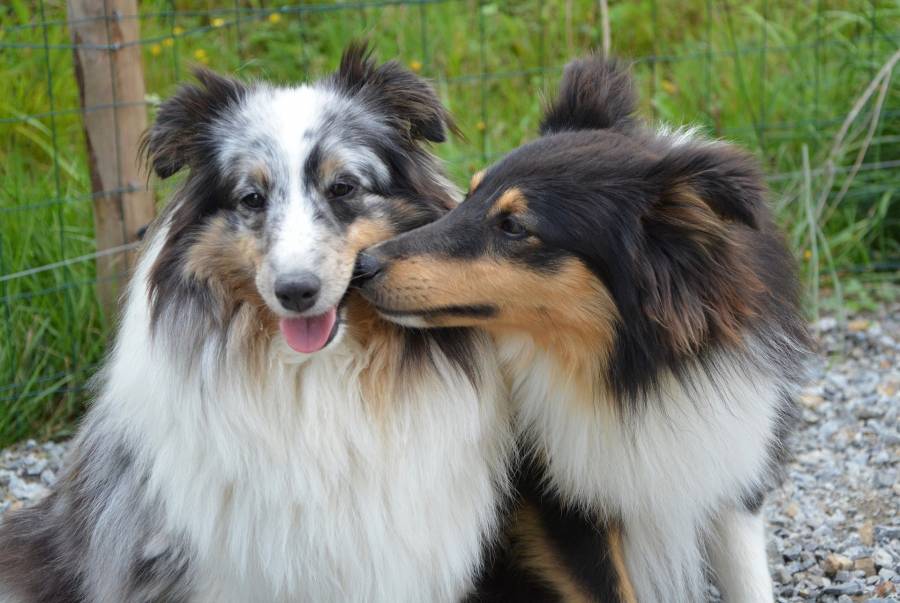 Dogs’ senses are pretty sharp in humans or other animals. Because dogs are excellent at reading body language and behavior, they can also detect if their female owner is pregnant.

A female dog also undergoes similar body changes as any other mammal. A male dog can also detect when a female dog is pregnant.

Dogs have 60 times as many smell receptors and 40 times as much brainpower is dedicated to smell. It makes them susceptible animals.

Dogs are also highly observant of their owners’ emotional and physical states. That is a reason why many dogs are trained as support animals.

Research proves that dogs can sense cancer and other infectious diseases by just sniffing a person’s breath.

Dogs can detect whether the blood sugar levels are high or low in people with diabetes. People who suffer from seizures develop certain body odors before a seizure.

Dogs are trained to alert the owners by whining or licking their hands.

A dog can also notice if the female owner is pregnant due to the changes in her mood and routine.

Often, a dog will know the female owner is pregnant even before she is aware of herself. Dogs can always tell if you are more tired than usual or have extensive nausea.

Ultimately, with the baby bump showing, your dog is sure to find out that there is a human growing inside you.

With the pregnancy in female owners, a dog’s attitude will also change to become over-protective.

Dogs have two senses of smell. While one sense of smell is used to pick up on food odors, the other sense picks up on pheromones.

These are the chemical compounds that transmit signals to other dogs. This sense of smell helps dogs detect the health of another dog health and know when a female dog is ready to mate.

The changing hormones in female dogs can alter the body scent during pregnancy. Dogs can pick up on this changed body scent through their sharp sense of smell.

Not only that, but a dog can also smell out whether a female dog is having a ‘false pregnancy.’

A female dog, once pregnant, also goes through many physical and physiological changes. A female dog can suffer from morning sickness and gets tired and lethargic.

During the earlier stages, female dogs can lose appetite and gain weight. There is also a change in the mood of female dogs.

Pregnant dogs can become more affectionate or moody and act grumpier than usual.

If there is a male dog around, it will sense the many physical changes a female dog goes through.

It is not just the sense of smell that gives dogs an advantage, but also the sense of hearing. Dogs can hear the fetal heartbeat because of their sharp hearing senses. 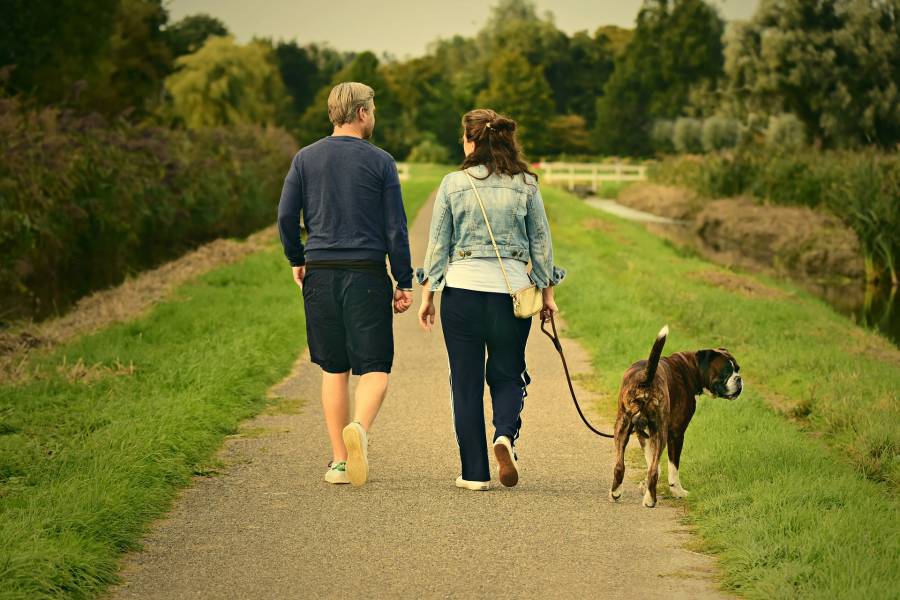 The Silent Communication Between Male And Female Dogs

Male and female dogs reproduce through a complex process where they first emit signals to let each other know.

However, in the case of female dogs, these signals may be one-sided as female dogs get extremely cranky during their pregnancy.

As a result, male dogs’ behavior may also change around expecting female dogs to get stressed out. Some male dogs are even more attracted to female dogs during whelping.

This situation does not help either, as male and female dogs can experience anxiety. It is another indication that male dogs can tell if a female dog expects her puppies.

Not All Dogs Are Experts

For dogs, the ability to find out about female dogs’ pregnancies can vary. For example, young and inexperienced male dogs can miss these signs.

These male dogs may not know the difference between a female dog in estrus and one who is expecting.

Nonetheless, the male dog quickly learns why the female dog is in no mood to reciprocate this attraction in such cases.

If your female dog is pregnant, you need to provide her with a safe and comfortable environment. Doing so also includes keeping any male dogs away from the pregnant female.

These changes are undetectable to humans, but male dogs can easily detect them as they have sensitive noses. Dogs are also able to detect labor.

It is a peculiar time when male dogs will be attracted to female dogs more than ever. While the male dogs’ urge to smell the female dog may seem innocent, the latter will not welcome it.

There is a chance of scuffling between male and female dogs as pregnancy can cause crankiness in female dogs.

While some dogs may continue to behave generally once a female dog gets pregnant, male dogs’ behavior changes most of the time.

Male dogs can get anxious around pregnant dogs, and it can further create anxiety in the female dogs as well.

Anxiety and stress is the last thing your pregnant dog needs in this condition. In any case, you must observe the dogs’ behavior and see if they can be kept together or not.

Keeping the male dogs away would be best if you noticed any sign of stress in your female dog. Ensure that the male dog does not disturb the female dog’s safe space.

Isolating the female dog also prevents the likelihood of any disease transmission that can be fatal to the puppies.

The ability of male dogs to detect pregnancy in female dogs, let alone humans, is a fascinating phenomenon.

However, this event is not well understood; many scientists have evolved it to ancient wolf pack dynamics.

It is always hard to predict how a male dog will react towards a pregnant female dog. Nevertheless, it is essential to observe your dogs and note how they behave around each other.

If your pregnant female dog shows signs of anxiety or discomfort, keep your male dogs away to avoid complications. After all, the health of your female dog should be your top priority.