Dogs express aggression through growling, barking, lunging, snarling, snapping, and biting, but does neutering help with aggression in male dogs?

Aggressive behavior in male dogs is usually developed over time.

If you own a male dog, this aggressive behavior can be very annoying, frustrating, and scary, especially if you have small children. 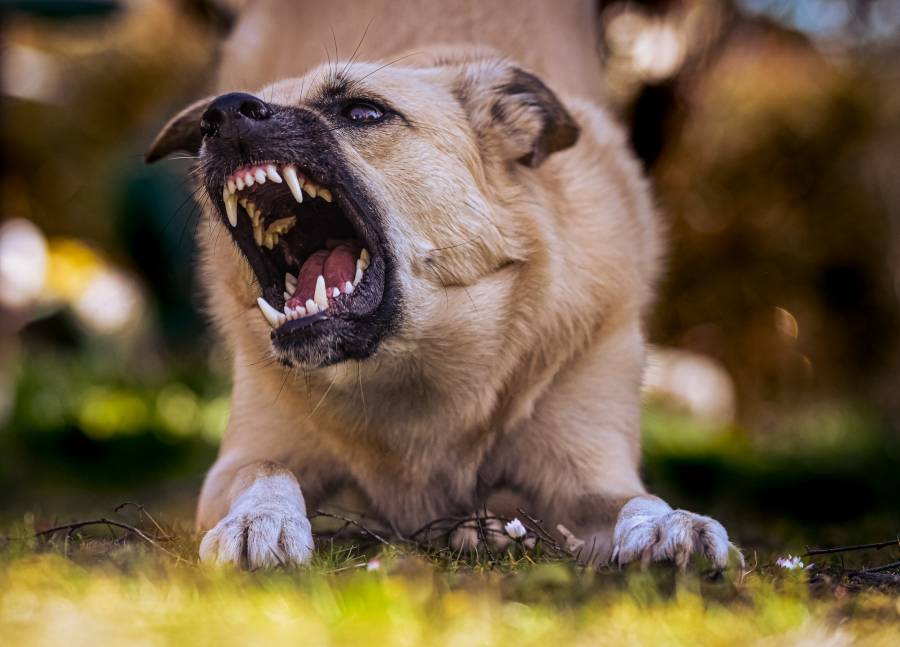 Continue reading to understand better the issue and all the anticipated behavioral changes in your male dog after neutering them.

Does Neutering Help Reduce the Aggression of Your Male Dog?

One of the reasons that dog owners opt to neuter their male dogs is to reduce their aggression and calm them down.

Many veterinarians increasingly make neutering male dogs a routine suggestion when consulted by pet owners who seek help to stop the aggressive behavior of their dogs.

Although neutering is safe, you should expect various behavioral changes when taking your male dog home after the procedure.

These changes in your dog’s behavior include increased aggression, anxiety, clinginess, or depression.

Although many veterinarians and behaviorists still claim neutering male dogs helps reduce aggressive behavior and calms them down, neutering has been cited for causing fear-related aggression behaviors.

These include anxiety, fearfulness, and increased aggression, contrary to what veterinarians and dog behavior experts assert.

Experiences of Owners Who Neutered Their Male Dogs

So, is neutering a male dog the solution to reduce aggressive behavior, as some veterinarians and dog behavior experts claim?

These dog owners decided to neuter their male dogs after following the suggestion of veterinarians and behaviorists, claiming that neutering male dogs help reduce aggression.

When the pet parents got home after the neutering procedure, they noticed their male dogs exhibiting unacceptable behaviors.

Some dog owners who neutered their male dogs also claimed the changes in behavior also made training the neutered dogs more difficult.

As such, neutering only affects behaviors that depend on sex hormones.

These include aggression towards other male dogs and territorial marking sexual behavior.

Manifesting these behaviors also takes time because of the differing time testosterones take to leave a dog’s body.

Is There a Connection Between Neutering a Male Dog and Reducing Aggressive Behavior?

There is no sufficient evidence that links neutering with reduced aggression.

Some studies have also shown that positive behaviors expected after neutering dogs failed to occur.

The only behavior that will change when you neuter your dog is hormone-driven.

These hormone-driven behaviors will gradually reduce after you neuter your dog since the testes produce hormones.

Most aggressive behaviors are caused by stress, frustration, and anxiety.

Aggression from these causes can be solved by addressing the dog’s stress or fear via training.

If you are struggling with aggressive behavior from your male dog, you may want a quick fix to end it.

Unfortunately, many have fallen to misleading information about neutering as a solution that ends aggression in male dogs.

Many male dog owners are surprised when the aggressive behavior is not resolved after the neutering procedure.

Some pet owners have reported that their male dogs developed more aggression after neutering them, behaviors they did not have before. 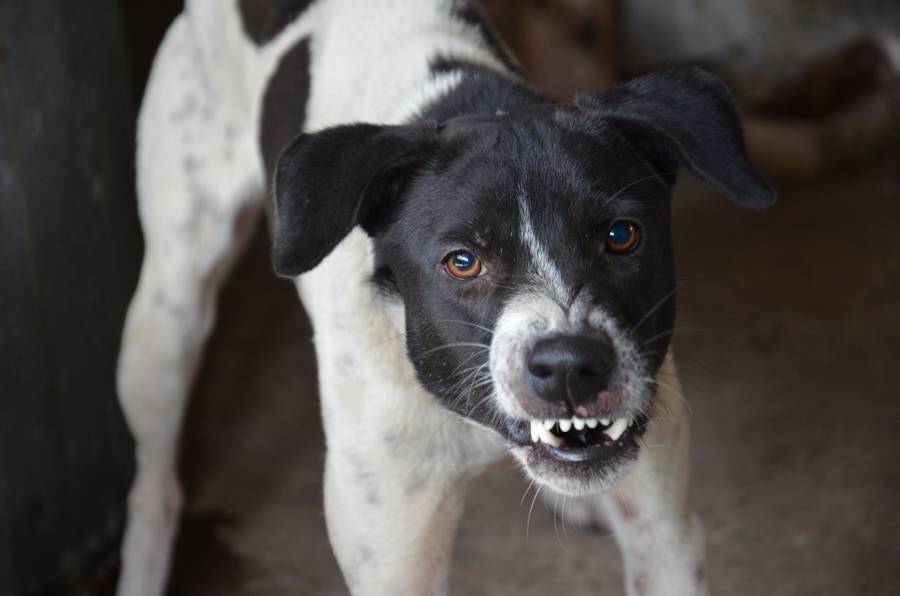 The most significant challenge pet dog owners face today is the false statements and information available on the internet.

There is a lot of false information about the effects of neutering male dogs, which dog owners commonly ask about.

An example of misleading information claimed by veterinarians and behaviorists is that the younger a male dog is neutered, the less likely aggressive behavior will occur.

It has prompted many studies to determine if there are any behavioral benefits and problems linked with neutering male dogs.

They also want to identify whether the age at which a male dog is neutered makes a difference.

Some of these behaviors were noticed when a stranger directly approached the dogs.

The dogs were exposed to an unfamiliar situation, approached or barked at by a strange dog, or taken to a veterinarian to be examined.

Again, the research suggests that these fear-related behaviors appeared the most in neutered young dogs.

A lot of people in Europe do not follow this outdated advice.

A study conducted in Sweden found that 99% of all the sampled male dogs were not neutered.

In Hungary, it was found that 57% of sampled male dogs were still unneutered.

Another similar study in Britain found that 46% of all the surveyed male dogs were still not neutered.

In some countries, such as Norway, it is prohibited by law to neuter a dog unless there are convincing medical reasons why the neutering of a male dog should be conducted.

Although neutering your dog is an end-all, be-all solution to your aggression woes, it shouldn’t deter you from having your dog neutered.

Most aggression in dogs is indeed related to anxiety and stress.

However, as mentioned earlier, neutering your dogs reduces other issues, such as mounting behavior, roaming, and urine marking.

Recommendation for Those Who Own Aggressive Dogs

Even with current research on whether neutering male dogs helps reduce aggression, many veterinarians and dog behavior experts today continue to advise their clients to use this outdated surgical procedure to address aggressive dog behavior.

If you have an aggressive male dog and planning to neuter the dog to reduce his aggression, I would advise you against the idea.

What you need is behavior training and not a neutering surgical procedure.

There are many reasons to neuter your dog, but we can not advise anyone to go for it to reduce aggression-related behavior problems.

The pattern of findings from these most recent research studies on whether neutering helps with aggression in male dogs is crystal clear.

If you have a male dog exhibiting aggressive behavior, we recommend you consult your veterinarian about the behavior problem.

The veterinarian will examine your dog and refer you to a qualified and experienced dog behavior expert if the issue is behavior-related.

What Is the Best Age To Neuter Your Dog?

Now that you are considering neutering your dog, the next thing to consider is your dog’s age before getting it neutered.

Typically, dogs can be neutered around six to nine months before puberty.

Just remember that hormones greatly influence your dog’s behavior during puberty, just like they would for humans.

If you want to avoid all the teenage drama, it is best to have your dog neutered before puberty.

They can also be neutered as early as eight weeks.

However, it is best to consult with your veterinarian about the implications when you have your dog neutered.

You need to do it in case your dog is experiencing health problems or complications.

So, does neutering help with aggression in male dogs?

I believe you know the link between neutering male dogs and reducing aggressive behavior.

There is much information on the internet today misleading people about neutering.

Just remember that neutering is not an easy fix to address aggressive behavior.

Most of these types of aggression are not caused by hormones but by outside stimuli.

It is less likely that neutering will solve your dog’s aggression problem.

ut it will help reduce the puppy population and keep your dog healthier.