Home > Behavior > My Dog Keeps Attacking My Other Dog Over Food

Dogs are nifty and trustworthy that are often called a man’s best friend.

Not only are they the most friendly pets to have around, but they are also the most responsible ones.

Dogs are one of the most loyal pets that you can own.

If they are well trained, they’ll always make sure you’re safe and look out for you while you’re gone, and they can prove to be a great help if you suffer from mental health issues as well. 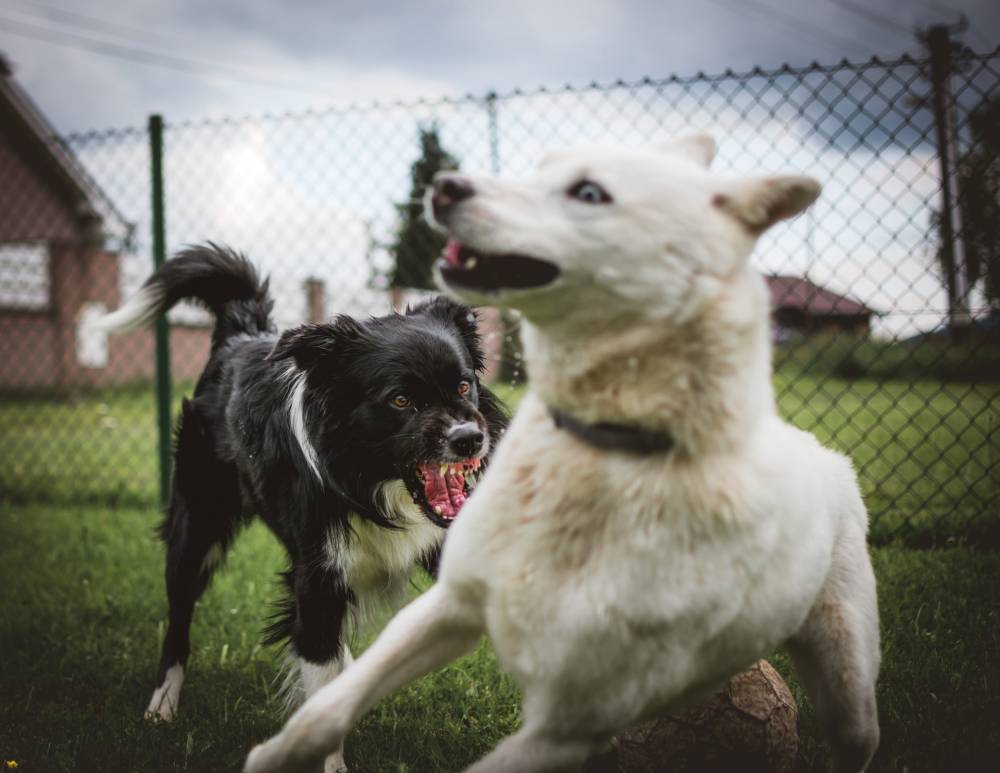 However, despite being such a friendly animal, it can tend to act a little primal from time to time, especially when it comes to sharing food.

If you’ve been encountering a similar situation, you don’t need to worry.

It is normal; every multiple dog owner faces this sooner or later.

Below are a few reasons explaining your dog’s behavior and a few ways that will help you sort out this problem in no time.

Dog In Context To Food Aggression

Dogs are particular about food. Most pets such as dogs develop food aggression even when the food is adequate.

It is due to the uncertainty which frightens them by the dogs around in the surrounding.

It may consist of various reasons, among which one of the most critical problems is the lack of socialization.

Another cause that can lead to it is when the dog’s food is taken away indiscriminately.

The dog may run after the bowl of food with a triggered attitude toward the owner.

Stay observant when it is about the dogs and food.

How To Identify Food Aggression In Dogs?

It is significant to determine the aggression of the dog toward others in regard to food.

Whenever a dog shows irregular behavior while looking after his food, it can be a severe problem.

If the matter remains unnoticed, it can create confusion in the household as the dog can cause damage massively.

Food aggression symptoms vary between dogs and are classified into three levels: mild, moderate, and severe.

Some dogs may growl and show their sharp teeth, but this is only a mild reaction.

When the dogs’ aggression is moderate, they snap or lunge when approached.

Others may bite if the aggression is severe.

The Reason For The Dogs’ Attack On The Other Dog Food

Each individual eats food to stay alive, and the same goes for the animals.

However, some animals have an obsession with food.

Dogs love food to a massive level of extent.

They are always searching for food and have an incredible sense of smell, making them hungrier every time.

It is true that food is a source of happiness for humans and animals and is considered a fundamental part of it.

It can be a source of ever-changing an empty life to a happier one. So, understanding the dog’s state of mind is an essential thing.

A dog that exhibits food aggression will become extremely defensive while eating and will use threats to shoo people away.

Either humans or other animals may be the target of it.

Treats may also be involved in the behavior.

The dog may attack another dog’s food due to its possessive personality. Most dogs crave attention when it comes to food.

When their meal does not fulfill the requirement, they attack other dogs. Some dogs like to be loved more than other dogs.

Some dogs dominate other dogs or we can call them the “alpha dogs”. In such a scenario, the dog may have authority over the other dogs around.

Due to its power, it attacks other dogs’ food and enjoys a huge chunk of the meal.

Dogs have a strong instinct to eat whatever food is available whenever they find it and to defend it from any intruders because, in the wild, they never know where or when their next meal will be.

On the other hand, food aggression can be a sign of anxiety or fear in dogs in a lower pack position.

Dogs are incredibly fond of eating and gathering food.

They crave food all around them due to the perfect aroma they sense.

To fulfill their requirements, they attack the food of the other dog to cherish the tasty food.

Some dogs are also aggressive in how they guard their food, especially with their favorite is on the plate.

Jealous Of Other Dogs

Most of the dogs get jealous of the other dogs around and show hatred in all ways.

To spoil the other dog’s mealtime, they may attack the food and cause complete chaos.

Such behavior can further lead to massive fights among the dogs.

Consequences Of Dog Attack Over Food

The fight that may take place between the dogs can be highly problematic.

The fighting can be terrible for both dogs.

In such a scenario, both the dogs may have injuries, and bruises because of the aggressive attack on the food.

It can lead to an utterly frustrating household environment.

Immediate actions are required in such a context to ensure a perfect ambiance all around. 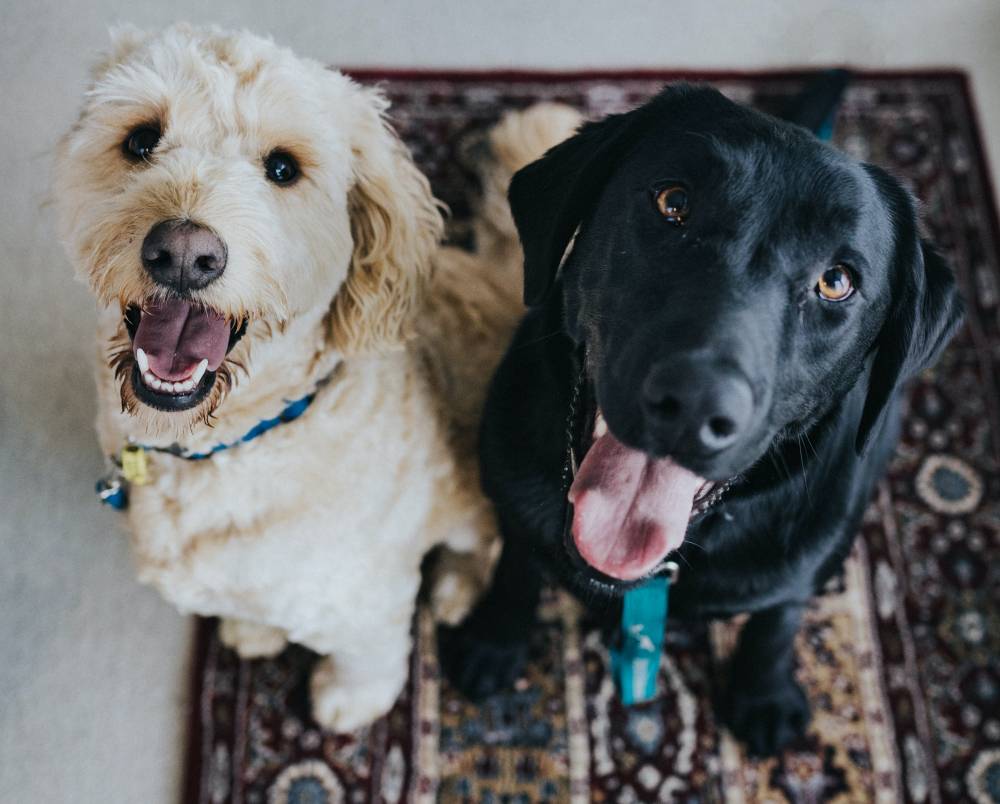 What To Do About The Dogs Attacking Over The Other Dog’s Food?

The first step is to evaluate the behavior.

The behavior that the dog may possess in that specific period.

If the aggression is related to food or even other things, then critical processes are required.

At the same time, assess the level of self-confidence and approach the dog shows towards the surroundings.

Deal with the dog depending on its nature as some dogs are dominant, and others may be fearful.

The food fight can be handled in the following ways;

1. Use Different Bowls To Feed

It is important to keep different bowls for the dogs to avoid any attack.

The dogs usually become defensive towards food, and separate bowls can avoid such a problem.

Keep the bowls separate while feeding the dogs; this would result in a peaceful environment at mealtime.

2. Distract The Attention Of Dogs While Feeding

When the dogs gather at mealtime, keep them distracted with something.

The toys can help the most while feeding the dogs food.

The dogs, when distracted with toys, will instead develop a sense of attaining more rewards.

3. Use A Barrier While Feeding

Most dogs develop aggression towards other dogs and attack food.

During mealtime, dogs need to be kept apart.

The best barrier can be a door through which they can see each other but can not attack other dogs’ food.

It is really important to train the dogs for a better living.

You can start by talking to your dog while eating from a safe distance and with your calm and positive voice.

Do this until your dog recognizes your voice and it’s safer enough to be closer to them and give some treats.

You must avoid using punishment in dealing with food aggression since the issue will only get worse with that approach.

The dogs, when trained, will know their desires and needs and will not attack other dogs’ food.

It is possible to solve issues quickly and effectively with the right training.

5. Feed The Dog With Discipline

Never take the bowl away from the front as that may trigger aggression, and they may attack other dogs’ food.

It can lead to dangerous consequences.

Hence, be very observant while handling the dogs, especially when getting ready to have food.

It is important to be patient during this process so that your dog becomes comfortable, especially if you have a pet sitter who will feed your pup when you are not present.

If the dog gets aggressive at mealtimes, then reschedule the routine as it would work as a reliever.

Keep up the pace and maintain a proper routine.

Dogs will balance their diet routine along with their behavior towards other dogs.

If the fight gets out of control, the only solution in such a scenario is to separate the dogs physically.

Take one of the dogs and go out for a walk so that the dog may calm down.

Try to keep the dogs away until they become aware of the routine that each of them may hold.

Remember that food aggression is not due to the hatred a dog may possess for other dogs.

They are one of the extremely social and lovable pets to intermingle.

When it comes to food, dogs do develop competitiveness, but this is manageable.

Through proper knowledge of dealing with food aggression, an owner can cope with the matter.

The problem of attacking dogs over the food of another dog can be maintained.

Try to maintain a perfect bond with the dogs to promote a friendly environment.

Understanding the problem will make dealing with the dog’s anxieties much simpler.