Cats are known for being independent creatures who love to explore their surroundings.

They also enjoy exploring other animals and objects around them.

But sometimes, they get carried away and end up rubbing their faces on everything in sight and meowing simultaneously. 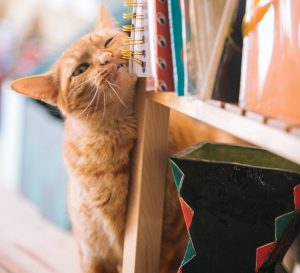 Cats rub their faces on things for many reasons, depending on the context or object being rubbed.

Why Do Cats Rub Their Face On Everything And Meowing?

There are many reasons why a cat might be doing this.

It could be because it wants attention from you.

Or maybe it just likes to feel warm fur all over itself.

Whatever the reason may be, here are some of the most common ones:

1. Your Cat Gets Bored

When a cat feels like something new is happening, it wants to experience it fully.

If your cat doesn’t have anything interesting going on right now, then they want to find an outlet for all those pent-up energies.

She might choose to jump up onto the couch or climb under the bedsheets.

But instead of jumping off, she decides to rub her head against the fabric.

Why would she do this? Because she’s trying to feel different sensations than usual.

Cats are curious by nature, so they’re always looking for ways to learn more about themselves and their environment.

By rubbing her face on everything, your cat feels textures and smells that she hasn’t felt before. It makes her happy!

Cats have scent glands located on their feet, below their chin, lips, tails, ears, and on their face and head.

These glands release pheromone hormones, which cats use to mark their territory.

If your kitty starts rubbing her head also known as “bunting” on places where she likes to sleep, play, or nap, it’s probably saying that those things are their property.

Rubbing on everything may be a show of dominance over other felines in the house, or it may be a way for the cat to feel more comfortable at home.

This behavior is also an effective way of making sure that they have your full attention.

Also, if you have visitors and your kitty wants around, he might rub his face on everything as an act of reclaiming the house after the visitors have left.

3. Cats Rub Their Faces On Everything To Feel Better About Themselves

If your cat seems depressed or unhappy about herself, then she may be trying to feel better by rubbing her face on everything around her.

She could also be feeling stressed because of an issue at home or with another animal.

It’s important to keep an eye on how your cat feels when she starts to rub her face on things, as well as meowing and sudden changes in her mood.

4. Your Cat May Be Trying To Tell You Something Or Need Attention

Cats meow to communicate with humans.

This endearing method of speech is heard in young kittens to get their mother’s attention but is rarely heard between cats.

So, when your cat meows at you, it is a unique form of cat-to-human conversation.

If your cat’s meow is accompanied by, while rubbing her face, everything, e.g., your legs, furniture, or other animals, he’s trying to tell you something.

Make sure you pay close attention to him while he is doing this.

Attention is probably the most common reason why a cat would rub his face on everything.

When he sees someone else looking at him, he thinks, “Hey, I should look good too!”

So, he goes ahead and tries to attract people’s attention by rubbing his face on stuff.

For example, or maybe you forgot to feed her, or he can’t find her litter box.

He may even be telling you that he wants to go outside! 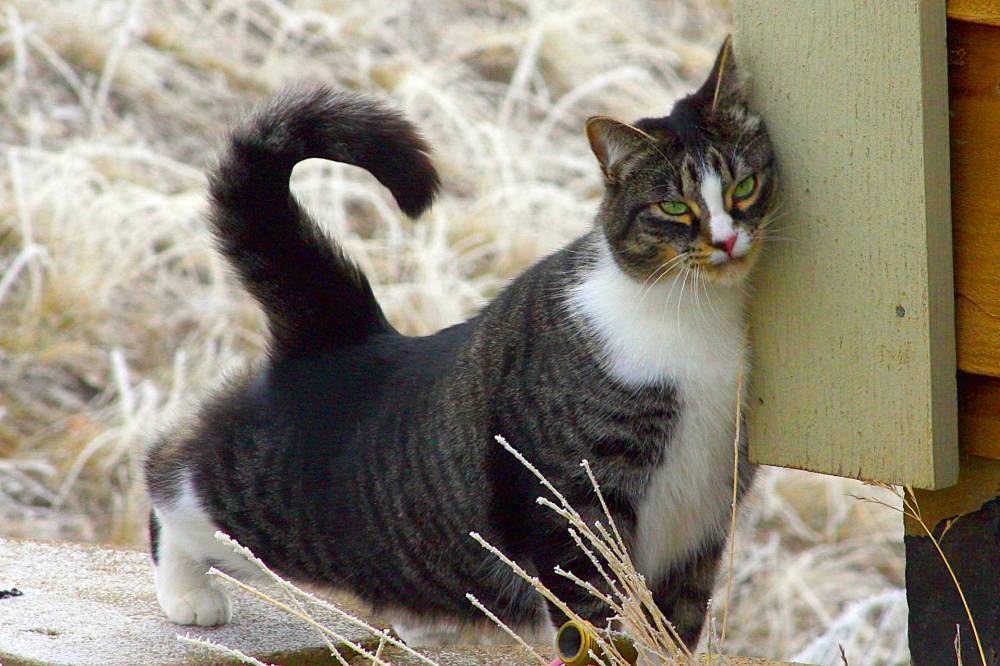 5. There Might Not Always Be An Object In Front Of Him

Sometimes your cat will decide to rub his face on whatever happens to be nearby without having seen it previously.

It means that sometimes he won’t need to touch an object to get some benefit from it.

More often than female cats, male cats will rub their faces against objects.

6. Sometimes It’s Just Fun And A Way To Relax

There are times when a cat decides to rub his face on everything just for fun and play.

They don’t mean anything, but they enjoy seeing themselves in action.

If your cat has decided to play around, then there are many ways he could choose to interact with toys.

One option is to rub his face on them. It helps keep the toy nice and soft since he uses his mouth to chew on it.

When your cat is relaxing after playing hard or eating, he likes to rub his face on everything to help himself calm down.

He doesn’t necessarily think, “I’m going to do this now,” but rather, “this makes me happy.”

If he wants to take a nap, your cat might also like to rub his face on you.

Since he wants to feel safe and comfortable during this time, he may want to mark where he feels safest

7. Your Cat Might Be Sick, Injured, Or Has Fleas

Your cat may have an illness that causes him to feel uncomfortable that she wants to rub her head on everything.

If your cat has an injury, it may rub against whatever part of its body hurts the most.

For example, if your cat has a sore paw, it may rub it against your leg or couch cushion.

Flea bites itch terribly. Many cats try to avoid getting bitten in the first place.

One way they do this is by rubbing their faces on everything.

After cleaning herself, your cat will use her tongue to pull loose hair strands from between her toes.

While doing this, she may inadvertently touch the ground.

Then, she’ll quickly lift her foot and bring it closer to her mouth.

This action helps remove any debris stuck underneath her claws.

When she notices fleas present, she’ll start rubbing her face on everything because she’s trying desperately to rid herself of these pesky parasites.

Your cat may need medical treatment for any of these conditions, so it’s important to take your pet to the vet if you think they need it.

8. Cats Rub Their Faces On Everything To Clean Their Ears

Another thing cats love to do is clean their ears.

By using their tongue and paw, they gently push out debris inside their ear canal.

Some even prefer having a knuckle rubbed against the outsides of their ears.

Afterward, they lick up what’s left behind.

So, if you’re wondering how to stop your cat from doing this behavior, it’s pretty simple.

All you have to do is remove any potential reasons for him to do it.

For example, if he needs to go outside to relieve himself, take him outdoors before playing around.

You shouldn’t have to worry about stopping your cat from rubbing his face on things because he loves it.