Dog owners are familiar with their behavior when their dog keeps rubbing its eye with a paw.

When dogs rub their eyes with their paws for the first couple of times, it looks like a picture-taking moment. 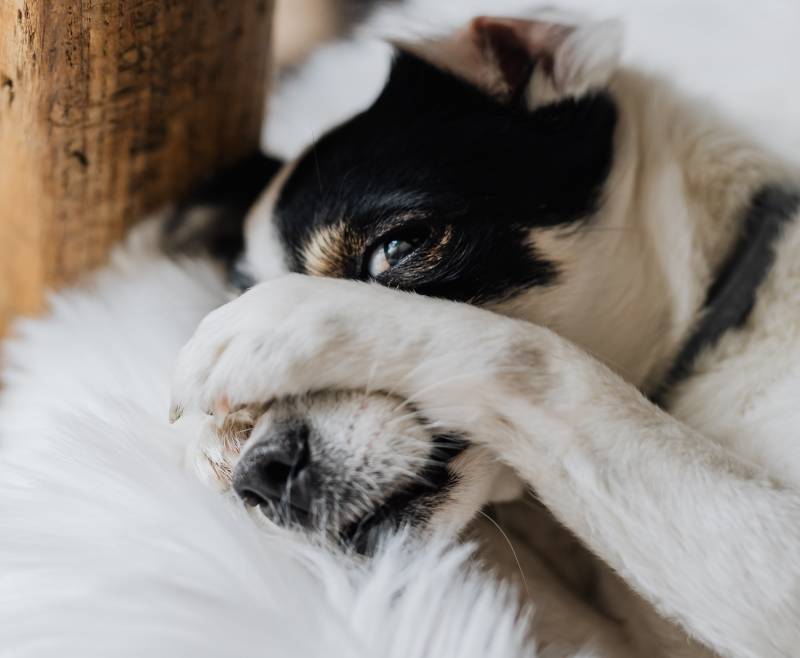 Dogs are fond of rubbing their eyes with their paws, but it can be a problem if done repeatedly.

There is a problem if a dog spends much more time rubbing its eyes than doing other activities.

The main reason why dogs keep rubbing their eyes is that they feel a level of discomfort in their eyes.

The level of discomfort might be little initially, but until that pain leaves, the dog could experience severe pain in the eyes.

Some of the reasons and probable causes behind the discomfort they feel could be because:

Whenever a dog’s body itches, it tries to relieve itself by using its paws, scratchy surface, or sometimes its teeth.

There are several ways dogs try to relieve an itch.

This includes scratching parts of the body, like under the collar or behind the ear with the hind paw.

However, dogs can’t use their teeth or a scratchy surface when there is an itch in the eye.

The very much prefer to use their paw to rub their eyes and try to stop the itch.

A dog could be experiencing severe discomfort in the eyes, but their discomfort can only be interpreted through body signs.

When a dog continuously rubs its eyes with its paw, it can be seen as one of those signs.

If a dog continues to scratch its eyes, the claws can cause further damage to the dog’s eyes.

When your dog’s eyelid is rolled inward against its eyeballs, it is called entropion, primarily caused by muscle spasms.

In this condition, the hair or skin around your dog’s eyelid may begin rubbing on its eye causing them irritation and discomfort.

As a result, this irritates your dog’s eye; hence it would rub it off to soothe the irritation.

The thing about entropion is that it primarily affects the lower eyelids.

Although for some specific breeds, like Shar-Pei and Chow Chow, they might experience entropion on their upper eyelids.

This condition is also more common in puppies aged less than a year.

When your dog has entropion, it may exhibit excessive tears in its eye, redness, swelling, and discharge.

When irritation persists, you might find your dog not wanting to open its eyes anymore to prevent itself from blinking, thus easing its pain and discomfort.

Dogs love to roam around, sniff and chew on objects.

There are situations where something can get into their eyes.

This can be liquid (for instance, water can get into their eyes while bathing or drinking water).

It could be small objects (for instance, small insects could get into the dogs’ eyes like mites, ticks, or lice).

Dust, mold, and pollen could also spread to their eyes.

This can irritate the dogs’ eyes and make them rub their eyes with their paws.

The eyes can get infected when a dog continuously rubs its eyes with its paws.

Sometimes dogs can react to the discomfort they feel in their eyes in the form of allergies.

The allergies may be a reaction to what they eat, chew on, or sniff up in the environment.

Food additives and preservatives can trigger allergies and irritation in a dog’s eye.

Whether dogs are ill or not, they need to be given medications.

The medication could be a rabies vaccine or medications like famotidine that help with an upset stomach in dogs.

It could even be medications to boost a dog’s growth.

They can develop irritation in their eyes and other body parts if given the wrong dosage. 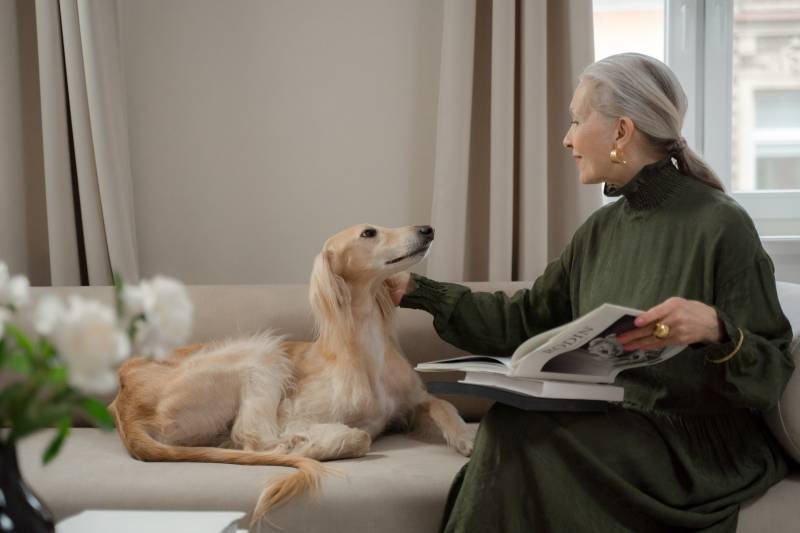 Dogs love to play a lot and release some of that pent-up energy.

They can easily get their eyes injured in the heat of the moment.

This can happen from rough play with other dogs or chasing small animals.

They could even get an eye injury by stuffing their nose in a bushy garden.

If there are minor wounds or blood appearances around the dog’s eye, it indicates that the dog’s eye has sustained injuries.

An infection could make a dog rub its eyes with its paws.

This is because an eye infection could make them experience enormous discomfort in their eyes.

Depending on the type of infection and stage, the pain could be either minimal or intense.

Here are some signs to detect if a dog has an eye infection:

The condition should be treated as an emergency if the dog shows any signs of an infection.

Taking the situation lightly might leave your dog with permanent eye damage.

What To Do About It?

There are a few cases when a dog keeps rubbing its eyes, and after some time, the dog stops.

The dog might stop rubbing for just a period, and later on, it might continue rubbing its eyes.

In this case, the dogs’ eyes are likely infected.

Do not ignore these signs if it keeps occurring.

Check the dogs’ eyes for any of the symptoms above.

This will provide more information on why the dog keeps rubbing its eyes with its paws.

The best solution is to contact a veterinarian for guidance on how to treat any of these symptoms.

However, here are four steps that are found to be easy to treat the dogs’ eye

1. Carefully remove the substance if any substance is found around the dog’s eye

Don’t forcefully remove the substance if the dog is distressed or reacts in pain.

You will need veterinarian assistance if the dog keeps reacting in pain while trying to remove the substance.

Do not forcefully remove the substance because there is a possibility of making things worse.

2. Place an e-collar around the dog’s collar to prevent it from rubbing its eyes with its paws

Place the e-collar or cone around the dog’s neck for 7 to 10 days.

Two drops of the saline solution are safe to cleanse any minor infection in the dog’s eye.

Hold the dog gently and apply two drops to each of the dog’s eyes.

Call any friend the dog is familiar with to help hold the dog if the dog cannot be held alone.

Dogs can express violent behavior, especially if the dog is not comfortable being around strangers.

4. Add antibiotics to the dogs’ food

Antibiotics are prescribed to fight any bacterial infection.

They can fight the bacterial infection in the dogs’ eyes.

If the dog is prone to allergies, the vet will likely prescribe a dose of antihistamine.

Nevertheless, don’t give the dog medication other than antibiotics.

This is because dogs react differently to medication, especially if given the wrong dosage.

Dogs tend to rub their eye with their paw from time to time when they play, even when they eat.

However, if this action is consistent, there is a tendency that the dog is feeling uncomfortable.

The reason why the dog keeps rubbing its eye does vary depending on the cause.

The first step would be to observe the dogs’ eyes.

Your dog can wear an e-collar if there is no infection to discourage your dog from rubbing its eye with its paws.

If there is a sign of infection, contact a veterinarian for additional assistance on the treatment procedure.