Home > Behavior > 9 Reasons Why Dogs Sneeze On Their Back

Sneezing is a common activity found among dogs, but there are times when dogs sneeze on their back.

Scientifically speaking, it is an immune response to a foreign body in the nasal area.

The foreign elements may be dust, pollen, chemicals, and vapors. 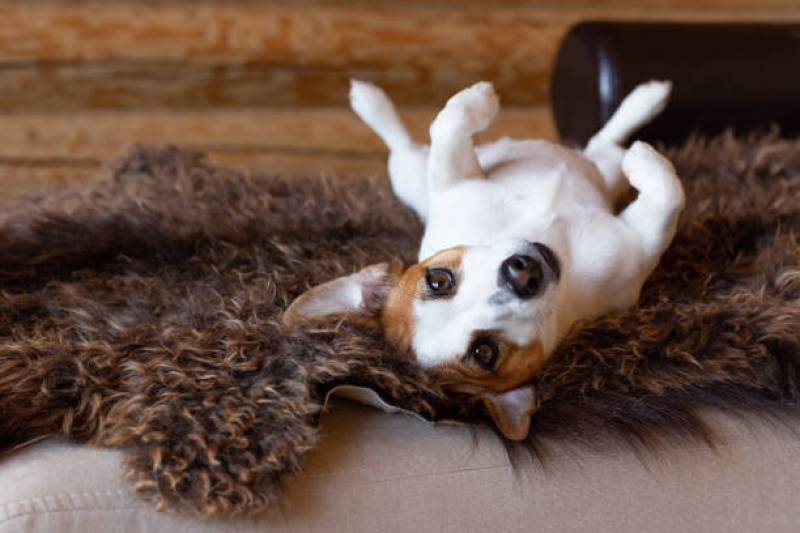 When your dog sneezes, it results in the expulsion of that foreign particle through the air.

Therefore, sneezing is an involuntary act, much like human beings.

So, why do dogs sneeze on their back?

Let’s discuss the most common reasons for this!

1. Dogs Sneeze On Their Back Due To A Particular Position

Often, dog lovers report that their dogs sneeze more often when lying on their backs.

It happens because they are in a position where airborne particles easily enter the nasal passage.

Particles like dust, pollen, or even a foxtail seed may fall directly into their nostrils.

These particles make their way through the sinus cavity and sometimes reach up to the eyes or brain.

2. Your Dog Is Snorting, Not Sneezing

Sometimes it may be a simple snorting that is usually confused with sneezing.

Sneezing and snorting seem the same, especially when there is a case of reverse sneezing.

Generally, some obstruction caused by any object leads to snorting, which is confused with sneezing.

3. Dogs Sneeze On Their Back Because Of Their Environment

There may be things around your dog that make it sneeze.

We know that a lying position is best to get particles inside cavities like the nose.

So, when your dog is lying on its back and over the ceiling, there could be lots of dust.

Substances like powder, perfumes, deodorants, and paints might be dispersed in the air, which can cause your dog to sneeze.

4. Showing You The Trust

She probably shows you trust when your dog plays between sneezing and snorting.

Your dog says it wants to play with you and won’t bite you.

It may also happen when your pet is most excited and wants you to be around.

So it is a sort of communication behavior in your dog.

5. Mucus From Their Mouth And Nose

Water from their noses and mouth often become the cause of sneezing when they lie on their back.

The thin mucus flows down the nose when a dog turns over on its back, and it gets filled inside the sinuses, then reaches a nerve.

This fluid irritates the nerve and results in a sneeze reflex, leading to sneezing.

There is a higher probability of this fluid getting inside the nose when your dog lies on its back.

6. Dogs Sneeze On Their Back To Catch Your Attention

Your dog may fake sneeze to get your attention.

Maybe through this, dogs tell you that they are hungry, want to play, and want you to notice them.

If your dog does this around mealtime, then most probably, they are faking a sneeze.

Rugaas, the Norwegian author and a dog trainer, says that there are many ways through which your dog communicates.

One of these ways is sneezing, which she calls calming signals.

They try to convince you that they aren’t harmful.

If you have a particular dog breed, like Brachycephalic breeds, Bulldogs, or Pugs, you will notice that your pet is sneezing more than other dogs.

And this is also true when your dog is lying on its back because these breeds tend to have narrow nasal passages.

It gets easily filled with mucus and dirt.

Moreover, longer-nosed breeds are more prone to tumors due to secondhand smoke.

8. Dogs Sneeze On Their Back Because Of Gums And Tooth Problems

When your dog lies back, there are chances of drainage from the oral space to the nasal pathway.

The third premolar has roots that are very near to the nasal passage.

Thus, if this area has some infection, there are chances of passing infection, which may trigger sneezing.

You can make your pet sit upright to stop drainage.

For a long-term solution, consult your vet and get the tooth and gums issue treated.

If most of the time your dog sneezes while lying back and you have taken him outside, the most common cause may be a photic reflex.

When looking up at the bright sky or staring at the light or sun, your dog is most likely to sneeze.

It happens with many other animals and humans too.

This reflex often happens when you walk out from a dark to a bright area, causing your dog to sneeze multiple times.

What To Do When Your Dog Constantly Sneezes?

In case your dog keeps on sneezing, try this:

Your vet may prescribe you the best treatment.

You don’t need to worry about your dog sneezing on its back, but you must be keen because sneezing sometimes indicates underlying problems.

There may be possibilities of nasal mites, nasal infections, or even nasal tumors.

When you notice a sneezing fit, bleeding, or difficulty breathing, it may be from nasal mite.

Ask your vet to prescribe any topical or oral medication.

If there is a runny nose or swelling, and your dog is in pain, it could be due to nasal infections.

Bring some antibiotics from your vet.

Just be careful and educate yourself and remain vigilant!