Pets are fantastic, and they amaze with the way they can sense things.

Most cats and dogs can read body language, knowing when you’re pregnant.

Why do cats attack pregnant women, though?

Could it be that they sense it spells change that they don’t want to adapt to? 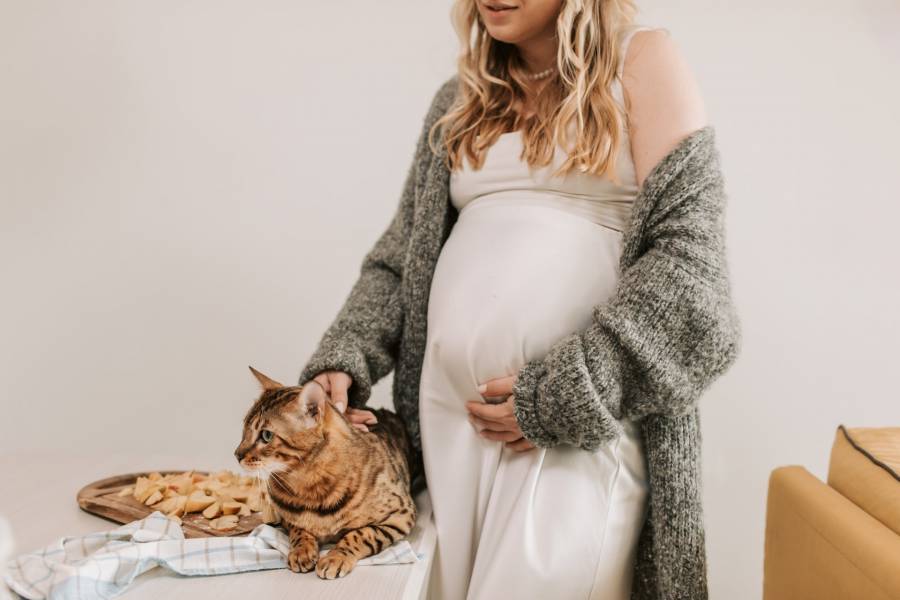 Cats are attuned to changes, and while some become very protective of their expecting female owners, others become fraught with anxiety.

Why do cats attack pregnant women, and how does one put an end to behavior like this as it can become alarming when your cat goes into attack mode? What can it mean?

Aggression from any animal is intended to intimidate another animal or human being.

Aggression in cats isn’t easy to explain. It can be challenging to fathom what causes aggression and to whom it is targeted.

Studies on cats tell us that 27% of cats relinquished to shelters are there for behavioral reasons.

Often, when a cat discovers its owner is pregnant, its behavior can change.

It can often behave in a threatening manner towards its human owner.

Cats are creatures of consistency. They despise change.

One of the underlying causes of cats’ aggression towards pregnant women is fear.

Cats sense something has changed, and the sense that the pregnancy might mean less attention for them.

Why do cats attack pregnant women? Are they observant enough to pick up differences?

Do they sense a change in mood and behavior?

He’s likely feeling neglected, and he wants to strike out in indignation.

After all, he’s been your faithful companion, and now he’s been snubbed.

Cats are sensitive animals, and they can pick up on the pheromones produced during pregnancy.

If he isn’t receiving the personal attention, he’s used to receiving, and he’ll shake things up – maybe literally.

He’s figured the best time to strike back is at night when his pregnant owner is trying to sleep.

He’ll bite and scratch her feet, not caring that his pregnant owner could have diabetes.

But these rude nighttime awakenings should do the trick in getting the attention he wants.

He Objects To The Changes In His Owner

Cats are creatures of habit, and they like everything to be constant and predictable.

They don’t do well with changes. Sensing a new kind of behavior is enough to get their hackles up.

Animal behaviorists tell us that cats do know when their humans are expecting.

They don’t like the changes they see in their human owner.

Cats perceive hormonal changes, and some act out by wanting to attack.

They don’t like the change to the environment the pregnancy is bringing.

Sometimes his expecting owner isn’t there, and his supper is late.

Why do cats attack pregnant women?

His human owner isn’t quite the same anymore, and he doesn’t like it.

Cats attack pregnant women because they are battling fear and anxiety from sensing change.

They are frustrated and in pain from chronic stress, and they don’t want their pregnant owner in their space.

Their stalking and hissing can escalate to scratching and biting.

He has singled out his pregnant owner as the culprit of his miseries.

He is prepared to remain friendly with other family members, though.

It is because they aren’t changing how the cat’s pregnant owner is changing.

A territorially aggressive cat is often bold and won’t mind lunging out at his expecting owner just for the frustration she is causing him. 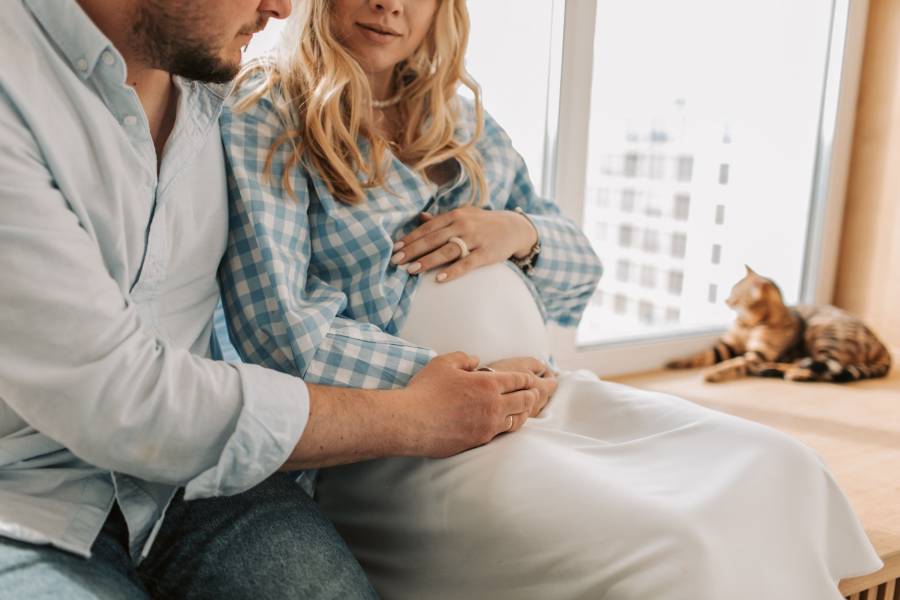 It’s bad enough when your cat attacks you when you accidentally hurt him, but when you’re petting him?

But let’s say a cat isn’t used to being handled delicately.

If it feels threatened or uncomfortable, it might then bite or scratch.

When interacting with unfamiliar animals, including cats, pregnant women must exercise caution.

When you’re pregnant, you have a favorite chair that makes you feel comfortable.

It’s so comfy that you don’t even mind your feline friend curled up in your lap.

When you reach out to stroke him out of pure kindness, he bites your hand viciously in return.

There is such a thing as petting-induced aggression in cats.

The constant stroking and petting cause overstimulation or even agitation, and he strikes out at your hand, biting it as if it were a rodent.

In the event that a cat exhibits aggressive behavior, pregnant women should avoid making sudden movements or loud noises near the animal.

With a firm, assertive voice and body language, pregnant women should teach their cats that aggressive behavior is not acceptable.

He’s Familiar With The Negative Changes

Signs that aggression and attack mode might be building up in your cat could be:

Your cat knows things are different.

Cats attack pregnant women because they know things will get worse for them.

They’ve already experienced one pregnancy that their human owner has gone through.

They know the drill, and it doesn’t look good.

Cats know that pregnant women tend to give themselves more attention than usual.

They also know that the attention they get will be even less when the infant arrives.

Why do cats attack pregnant women?

Cats have different characteristics, and they’re capable of being jealous and aggressive toward their pregnant owners.

He is aware that another person is in the equation, and he doesn’t welcome it.

He doesn’t want to share your affections with anyone.

Aggression by cats toward humans has several causes, of which fear is one.

Both genetic and environmental influences can cause fear in a cat.

When a cat perceives something as frightening, it becomes aggressive.

Of course, early experiences in the cat’s life and genetics can impact a cat becoming aggressively fearful.

As a pregnant woman, you may be a threat to the cat’s peace of mind.

You used to be at work all day, but now you’re at home, and the place seems too tiny for you both.

Also, if the cat has never been around kids, it might become hostile out of fear or discomfort.

Dilated pupils, flattened ears, and hissing and spitting are all symptoms of fear-induced aggression.

To lessen any stress or anxiety the cat may be experiencing, the cat’s owner must continue to show the cat love and attention and must keep up a regular schedule.

Introducing the cat to having a baby in the house may also be beneficial.

You can use baby-like scents, such as baby powder, and baby sounds as a start.

Stress Is Freaking Him Out

Stress can have a negative effect on a cat and cause him to have chronic pain.

Cats that are in pain may well act aggressively toward their humans. They may hiss, bite, or scratch.

A stressful, aggressive cat can be formidable and inflict severe lacerations with an infection on a pregnant woman.

Aggressive, stressed cats can be a risk at home with a pregnant woman.

He feels pain, stress, and anger toward the source of his stress.

If your cat shows this aggressive behavior, always stay calm instead of yelling.

It can just aggravate your cat’s behavior.

Severe aggression should be treated by a professional.

Cats are therapeutic to have around, so it’s no wonder that many people keep pets.

Many people have pets long before they have children.

But, along with all the pleasure they bring, there are some concerns with some cats.

Why do cats attack pregnant women? It might be a mix of jealousy and fear.

Cats can become aggressive around their pregnant human owners.

Due to his aggressive nature, he may, unfortunately, end up in a shelter with other misunderstood cats.