Home > Health > Dog Is Producing Milk But Isn’t Pregnant – Why?

It’s common for dogs to produce milk after having a litter of pups and needing to feed them.

It’s less frequent for dogs to produce milk when they aren’t pregnant or nursing.

When a dog gets pregnant, she produces milk before the kids are born and continues until the pups are weaned. 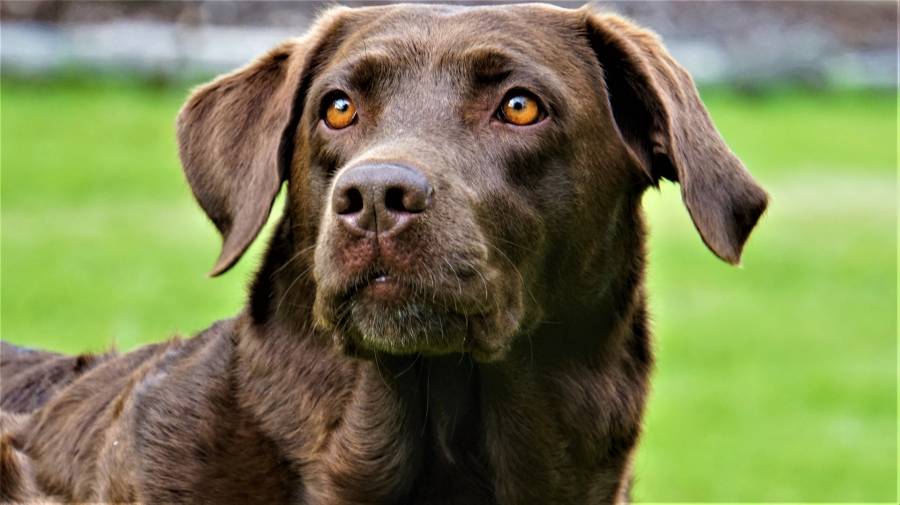 However, even if your dog has not recently had pups or has never had puppies, you may notice milk, or what looks to be milk, pouring from their nipples.

Can A Dog That Isn’t Pregnant Produce Milk?

Yes, to put it bluntly. Even if they aren’t pregnant, they can still produce milk. It is rare, but it does happen.

Have you lately seen your dog’s nipples leaking or discovered the remains of milk flowing from the breast?

The discharge is unmistakably white and thick.

Thus, it gives you the impression that it might be milk.

Lactating is, after all, a normal function of female canines that occurs as a result of hormonal changes caused by pregnancy.

But which reasons cause unpregnant dogs to produce milk?

Why Do Female Dogs Still Produce Milk When They Aren’t Pregnant?

There are a few options for why your dog is producing milk even when she isn’t pregnant.

Read on to know other reasons.

Having too little thyroid hormone (T4) in the bloodstream results in hypothyroidism.

As a result, the dog’s metabolism slows down and exhibits signs of aging like lethargy, weight gain, loss of muscle coordination, and numerous others.

Between the ages of 4 and 10 years, medium to large dogs are most commonly affected by hypothyroidism.

It can be brought on by lymphocytic thyroiditis, thyroid cancer, an inadequate iodine level, congenital hypothyroidism, or for unknown reasons.

Dogs, like humans, have hormonal and thyroid problems that cause them to be out of whack.

When the thyroid hormone levels get too low for average, it throws their body off.

Therefore, the dog may have abnormal weight gain and other pregnancy symptoms.

Besides, as a direct response to the low hormone, the body produces trace quantities of milk while transforming.

Many thyroid problems in dogs aren’t curable. However, you may need veterinary treatment and diagnosis.

In this case, the pet may reduce random milk production over time with the right medicine and therapy.

When it comes to milk production when your dog isn’t pregnant, one scenario isn’t as simple to dismiss.

Some dog breeds have a high risk of developing a mammary gland tumor.

It indicates that the dog’s teat has a tumor either within or outside.

When a tumor is present, a white material that looks like milk is produced.

Nonetheless, the milk-like fluid could be pus from the tumor trying to drain the nipple.

The most straightforward approach to prevent this sort of health problem is to have your dog spayed before her first heat cycle and hormonal changes.

Intact females are more likely to have mammary gland cancer.

The discharge from the nipple, usually yellowish, is one form of canine breast cancer symptoms.

Blood or pus might be present in the discharge.

Mammary gland cancer is most often seen in the nipples nearest the dog’s hind legs.

Furthermore, the most dangerous kind of cancer, inflammatory carcinoma, is uncommon.

Consult a veterinarian if your dog’s mammary glands are producing any odd discharge.

If your dog has previously given birth to pups, small quantities of milk or colostrum will form and flow from the nipples.

It doesn’t say that anything is wrong; instead, it’s a sign that your dog’s body is going through a bit of adjustment and his hormones are readjusting.

General lactation may happen when a dog hasn’t been spayed and goes through heat cycles but doesn’t get pregnant.

Hormonal changes may cause milk lactation for a day or two. 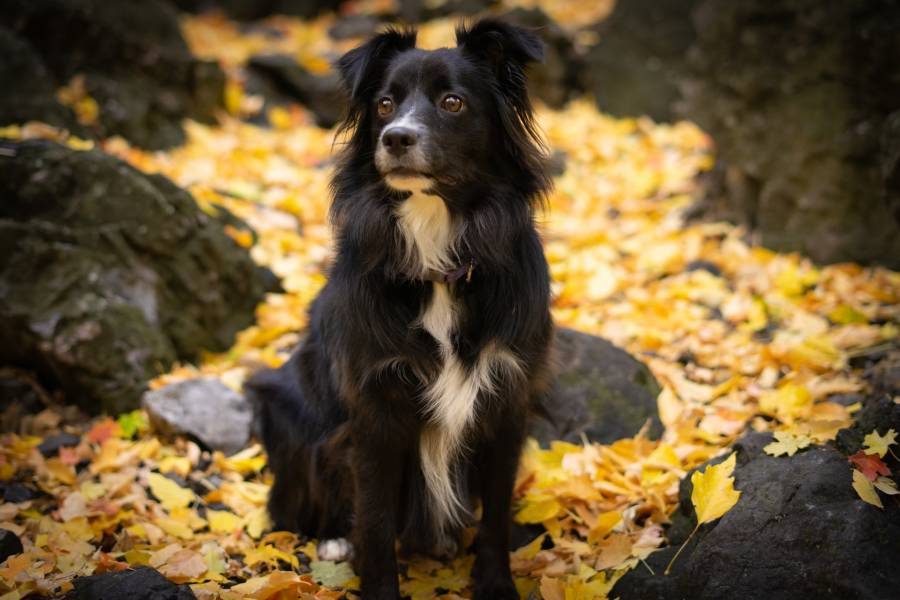 Suppose your pet has been around other young animals that have tried to nurse from her nipples.

In that case, her body may respond by producing minor quantities of milk for the animal lactating them.

It delivers a hormonal signal to the body that milk is required and starts producing it.

It’s a good idea to attempt to get the animal away.

For example, you may try nursing it with a bottle or putting it back with its mother to receive the nutrition it needs.

Your dog doesn’t have to deal with milk production.

It’s always possible that you bred your dog without your knowledge and are secreting milk due to her pregnancy.

Consider the last two months of your life.

Is your dog allowed to leave home, even if it’s just for a few minutes?

A female dog in heat goes hints for every healthy male dog in the vicinity, and she may have had a couple of eager suitors waiting for her.

Pregnant dogs usually don’t start secreting milk until a few days before the due date.

However, some may begin several days before.

There’s a possibility you’re dealing with the real thing if you think your dog is gaining weight or exhibiting any of the “false” pregnancy symptoms.

You may start making puppy preparations when your veterinarian confirms a pregnancy.

It is not unusual for intact females to have false pregnancies.

Hormone changes cause them, and they may mimic all pregnancy symptoms, including milk production.

A sudden drop in progesterone and an increase in prolactin cause a dog to become pregnant when she is not.

About 6 to 8 weeks after a female dog has been in heat, these hormonal changes take place normally.

The dog’s mammary glands may swell and even produce milk during a false pregnancy.

If you massage them, you might see the milk leaking or be able to express it that way.

It is not advised to do this, though, as manual milk expression will only increase their output.

You could also notice that your dog is less lively and is nesting with her toys.

Even though she isn’t the mother, an intact female may start producing milk if exposed to a suckling litter.

However, if the dog’s symptoms are severe, see your veterinarian; the pet may require medical attention.

Don’t you want to breed your dog?

Spaying her is not only a permanent solution, but it also reduces her risk of cancer and removes uterine infections.

Other false pregnancy signs include a swollen belly, restlessness, mammary gland enlargement, and nesting activity, all of which are characteristics of a pregnant dog.

These are a few of the clinical symptoms that your veterinarian will be on the lookout for and will go over with you.

There is no need for treatment, although getting the dog spayed is good if she shows indications of false pregnancy.

After two to three weeks, most dogs’ symptoms subside.

6. Abscess In The Mammary Gland

A mammary gland abscess might also cause a discharge.

The discharge, which has a foul odor, may contain blood or pus.

A foreign item, such as a twig or thorn, puncturing the skin around the nipple frequently results in a mammary gland discharge.

Bacteria introduced by the foreign invader cause the abscess to develop.

Swelling, fever, heat, and discomfort are all symptoms of an abscess, in addition to the discharge.

If you feel your pet has an abscess, take her to the doctor.

The veterinarian might drain the abscess and give oral medications to assist in fighting infection.

A drain may be necessary to remove blood, pus, and other fluids from a big abscess.

Milk and lactation indicate that your dog is approximately a week away from giving birth.

Your dog may nurse for up to 2 months after giving birth in many health circumstances.

In rare cases, the animal’s milk supply may maintain them for the entire eight weeks they are nursing.

If your dog has her first litter, she may not provide milk for the first week.

After the second or third litter, milk is frequently more reliable to establish a dog in labor.

If your dog is pregnant and producing milk, the pregnancy should be over shortly.

Your dog may nurse for up to 8 weeks after giving birth in many health circumstances.

Milk production might occur anywhere between 9 and 10 weeks after a dog’s first or second labor.