You can describe a brindle coat as a tiger-striped coat.

However, a brindle color pattern is more subtle than a tiger’s coat. 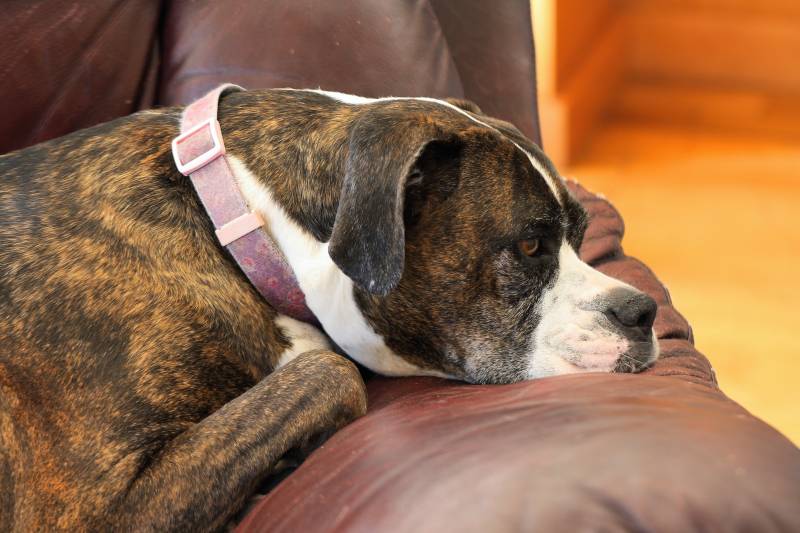 Brindle patterns usually appear as black stripes on a red-colored coat base.

The stripes have a black or brown pigment, while the base has a yellow or red pigment.

A complex gene process causes brindle coats, which is typically a form of Mosaicism.

Let’s dive in and understand the differences and similarities between brindle and reverse brindle.

What Is The Difference Between Brindle And Reverse Brindle?

A brindle coat pattern occurs when dark-colored stripes appear on a light-colored coat.

The lines are irregular and darker than the background color of the coat.

Brindle coats on animals can either be consistent over the entire coat or in patches.

On the contrary, reverse brindle occurs when light-colored stripes appear over a dark-colored coat.

Animals with reverse brindle usually appear to be black or have a fawn brindle over a background.

In reality, the background coat is fawn or light in color.

However, dark stripes are so noticeable that they give a darker appearance to the coat.

The main difference between brindle and reverse brindle is the base color coat and the color of the stripes.

Similarities Between Brindle And Reverse Brindle

Both brindle and reverse brindle coats have more than a single color.

Most animals have a single solid coat color.

However, brindle animals have a coat that consists of more than one color.

A brindle coat may be tri-colored in rare cases, with stripes or patches appearing in two colors.

The most common brindle color pattern features a shade of red as the base coat color with black stripes.

Some brindle animals may have tan, silver, or blue markings.

Parents of animals carry the genes that determine the color of their coats.

However, it is difficult to determine the carriers of both brindles and reverse brindle coats.

No scientific test can determine whether an animal carries the genes of these unique color coat patterns.

Animals that carry these genes can only be identified during breeding.

A lot of animal breeds can carry the genes that develop these unique coat colors.

However, identifying the exact animal that carries the brindle or reverses the brindle color gene can only be done during breeding.

The stripes on the brindle and reverse brindle coats run vertically.

These stripes change the texture and pigmentation of a coat.

However, some brindle coats may have small spots or large patches of alternating color.

Animals can also have a variety of brindle and revere brindle coat patterns.

Still, there can also be a combination of white with any of the four brindle patterns.

Brindle and reverse brindle animals are available in a very wide array of characteristics.

It is important to note that brindle and reverse brindle are not animal breeds but rather coat patterns.

In each category of animals, a few breeds may have the brindle or reverse brindle coat pattern.

Therefore, we cannot describe a brindle or reverse brindle animal in terms of its personality, size, or breed.

A genetic trait in the parents of an animal causes the brindle and reverse brindle color patterns.

Gene series in the animals’ DNA determines their color coats.

These are the same genes that cause coats to behave in either solid or brindle color patterns. 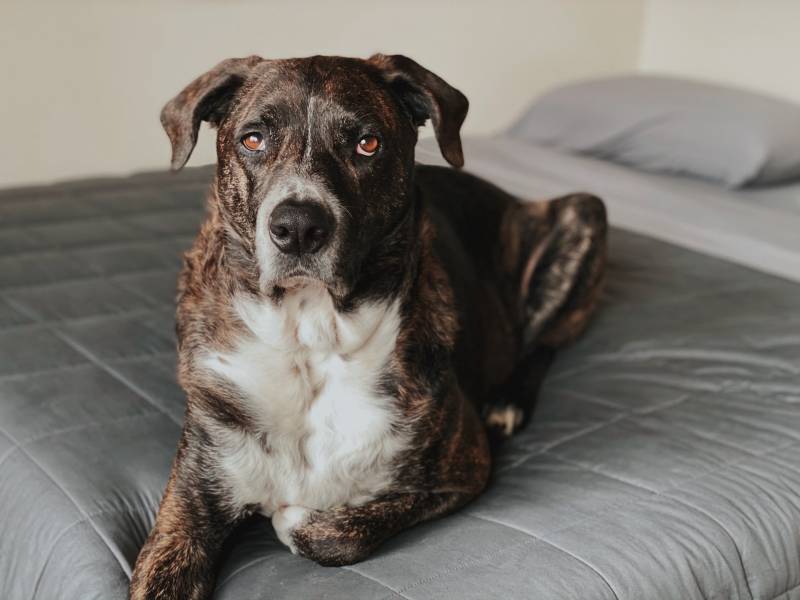 The parents’ specific genes will determine the color of an animal’s coat.

Both the genes from the male and female will determine whether the offspring will have a brindled coat pattern or not.

Whether brindle or reverse brindle, the type of brindle does not affect an animal’s coat features.

Different types and breeds of animals have various features on their coats.

Some animals have hairy coats, smooth coats, and wire-haired, curly, and short-haired coats.

These coats have different features that are not affected by the brindle and reverse brindle patterns.

For example, a dog breed may have a reverse brindled smooth coat, while the same breed has a smooth brindled coat.

Both brindle and reverse brindle color patterns may have different strip variations.

The stripes’ width and length can vary significantly on different animals from the same breed.

Identifying the genes responsible for the variation may also be challenging.

The color of the stripes may also vary greatly on the same breed.

Curly, wiry, and long fur may make the stripes less visible, hiding the brindle or reversing the pattern.

Even on the same breed, the stripes may vary in color.

This variation may make it easy or difficult to identify a brindle because of the visibility of the stripes.

Brindles with stripes that seem to be broken into spots and shorter stripes are known as merles.

The merle pattern is possible on both brindles and reverses brindles.

Some strip variations may also cause missing stripes on both brindles and reverse brindles.

However, missing stripes are common in light brindles.

Similarly, brindle and reverse brindle coats can have different base colors on the same breed.

You can have different variations of a red base coat or a cream coat.

This variation usually is due to the intensity, which dilutes the Phaeomelanin without affecting the Eumelanin.

Dilute and liver bindles are also available on both brindles and reverse brindles.

In dilute brindles or reverse brindles, the base color is relatively light.

However, liver brindles are not common. When dilution and liver genes combine, the result is an Isabella brindle.

Isabella brindles and Isabella reverse brindles are difficult to differentiate from a solid Isabella.

Both brindle and reverse brindle patterns may have a mask.

The mask is found in the area covering the muzzle. Sometimes, the mask may cover the ears too.

It is colored with eumelanin instead of pheomelanin pigment.

A melanistic mask (also known as a mask or masking) in dogs for example is a dog coat pattern that resembles a mask on the dog’s face.

They are common irrespective of the animal breed.

There is a variety of brindle color coat patterns.

The best thing about brindle animals is that it is not a breed but a coat coloration.

You can therefore find a brindle or reverse brindle animal breed that suits your need.