Many of us wonder what is the reason some camels spit so much.

A camel can learn to spit to avoid having to do anything they don’t want to do.

They may also spit if they feel like they are about to be hurt. 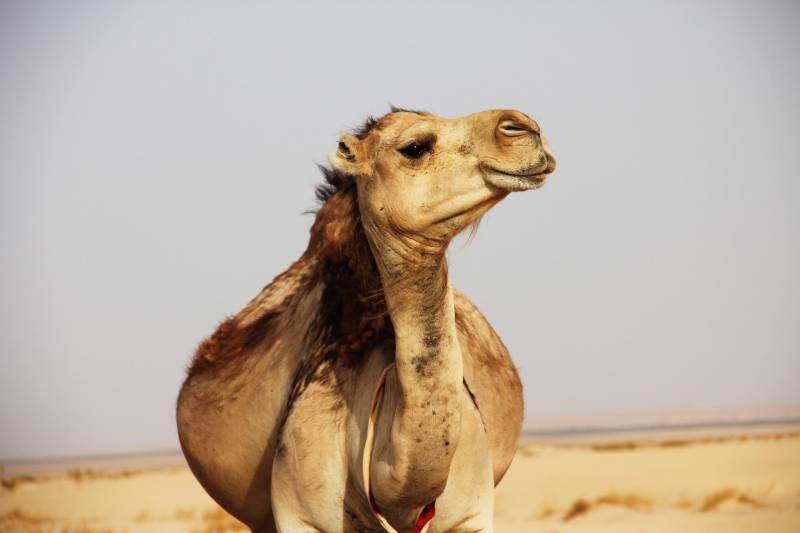 Camels are territorial, and if they feel threatened, they may spit, usually at each other for food, but occasionally at humans if they are angry or injured.

Let’s have a closer look at the reasons behind this interesting behavior.

Why Do Camels Spit On Other Camels

Camels live in herds of up to 30 in dry and desert environments, which are made up of mothers with their young and headed by a single, dominant male.

During the mating season, dominant males bite, spit and stomp on other males to safeguard their harem of females.

Why Do Camels Spit When Excited

Camels express excitement, anger, and annoyance through their spitting habit.

But it’s more like throwing up than spitting, really!

They project the contents of their stomach, including saliva, out.

Camels puff so loudly when excited that spit is accidentally emitted.

When a camel is about to spit, its cheeks fill up and bulge.

Why Do Camels Spit Out An Organ

The mouth of the camel will occasionally spit up a pink “ball of flesh”.

During courtship, a camel’s pink organ known as dulla, which is located in the throat, is displayed out of the mouth.

Many people believe this is the camel’s stomach or tongue, and others even think it is a tumor.

In reality, it is none of these. Some camels have a unique organ; it can only be spat forth by male dromedaries.

Like a male peacock opening its feathers to attract females, this is the camel’s hidden weapon to display dominance and for attracting females.

Why Do Camels Spit Out Their Stomach

Camel spit is made up of bile from the camel’s stomach combined with saliva, so if you are spat on, be prepared for a foul odor.

Camels, like cows, are ruminants, which means they regurgitate food back up from their stomach for more chewing.

When threatened, they also spit. This is a taught behavior from observing other camels, although it’s more like vomiting up than coughing.

When camels spit, their cheeks puff up, and they vomit up saliva and stomach contents.

The purpose is to surprise, divert, or annoy the cause of the camel’s disturbance.

Do Camels Spit Out Their Heart Or Brain?

No, camels do not spit out their heart or brain.

What many believe is the camel’s heart or brain is actually the organ they spit up when they are trying to attract females.

Because llamas and alpacas are distant relatives of camels, they do spit, but not in the same way that camels do when irritated.

Llamas and alpacas only do this when they’re in a bad mood.

Do All Camels Spit?

Some of these camels are more likely to spit than others:

The camel has two humps on its back, which are the most significant distinguishing characteristic between it and the dromedary camel.

The domesticated version of the Bactrian camel has a population of around 2 million.

This species of camel is the most likely to spit for the reasons mentioned above.

They are used to living in the wild, so when they are domesticated or in proximity to humans, they appear to be more prone to spitting, even when eating.

In its native region, the Bactrian camel is the largest mammal Camels’ humps store fat for usage when there is a scarcity of food.

The eyelashes are lengthy, and the nostrils are sealable to protect the creature from desert sand storms.

The feet are robust and broad, allowing for easy walking across the desert. 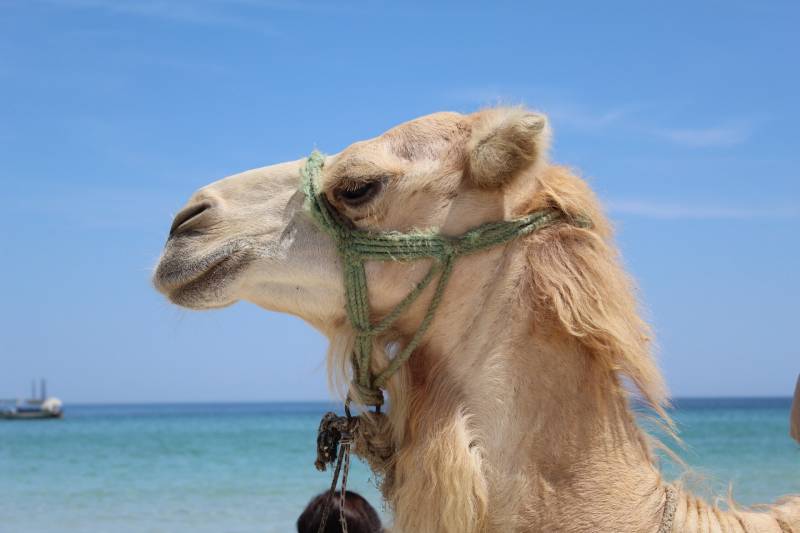 Bactrian camels are migratory and may be found in various environments such as deserts, sand dunes, rocky mountains, and stony plains.

Camels have evolved to withstand extremes in weather, from scorching heat to freezing cold.

Camels eat at all hours of the day and are primarily herbivores.

The species has a double hump and is endemic to the Central Asian steppes.

The wild Bactrian camel is now classified as a critically endangered species, with just a tiny population remaining in the Taklamakan and Gobi Deserts’ isolated and untamed areas.

These camels usually spit when they are angry.

Screaming or spitting may signal that the animal has had a negative experience or is in discomfort.

They scream when feeling scared, afraid, or when separated from their young.

Wild Bactrian camels are located in arid plains and hills throughout their limited habitat, and their major food source is bushes.

Camels travel great distances in groups of 2 to 100 in search of food and water.

Hunting is one of the risks these camels confront.

The dromedary camel, also known as the Arabian camel, is a single-humped camel that differs from the double-humped Bactrian camel.

This is the smallest of the three species of camels that exist today.

Their narrow chest distinguishes these camels, single hump, long, curving neck, and long hairs on the hump, shoulders, and throat.

The coats come in a variety of colors, from brown to black to even white.

These camels, when fitted with fabric muzzles, frequently spit and/or bite, indicating that they feel compelled to defend themselves.

The diurnal species eat desert plants and may go for days without water.

For almost 2,000 years, dromedaries haven’t been exploring the wild and became extinct.

They used to inhabit the Arabian Peninsula and southern Asia’s deserts.

This species has a sizable feral population in Australia. Africa is home to roughly 80% of the world’s dromedary population.

The spit of camels is a mixture of saliva and stomach contents, like vomit.

When threatened, they spit, and their swollen cheeks are an indication that they are about to spit.

Because camels regurgitate their meal like cows, their breath has a strong smell.

Camel spit, contrary to common belief, will neither burn nor blind you.

You can consider it to be an unpleasant experience, but not a dangerous one.

A dangerous camel may be biting, kicking, and stomping on people.