Cats are known for their quirkiness, where your cat randomly attacks and bites you.

They’re expert hiders, emerging from dark corners, beneath furniture, and even soaring through the air to pounce on their prey.

While most of these random cat attacks are mild and healthy play, there are times when the behavior exceeds a line. 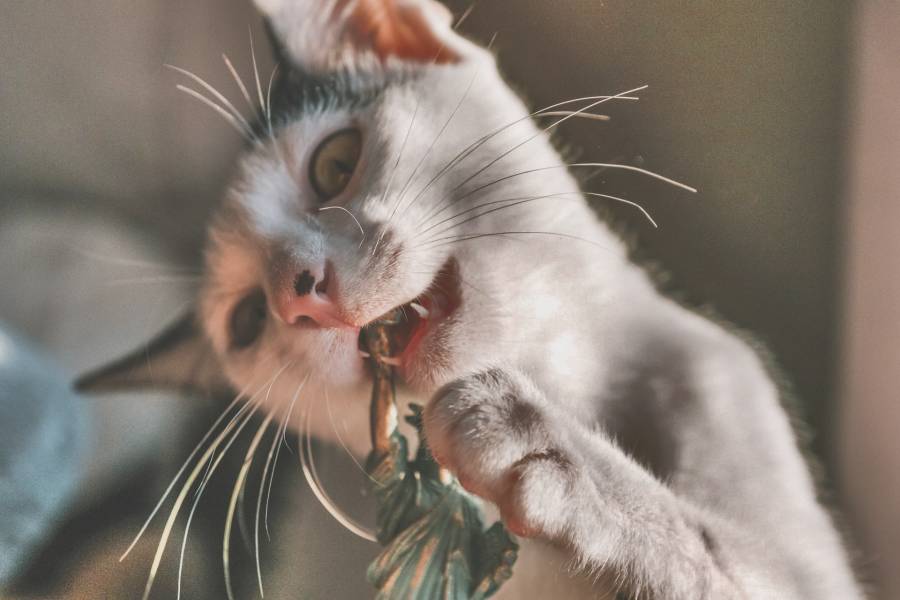 All might seem fun and games until someone is stabbed by cat finger daggers (the claws).

If you have been a cat owner for a long time, you might have already learned what makes your cat tick.

But if you’re still starting to raise your cat and still blind to how they communicate, you might be led to believe that they get aggressive out of nowhere.

And did you know that there are subtle cues that preempt a cat attack?

Most of the time, your cat would show subtle changes in its posture or response towards you before it attacks.

If you notice these changes quickly, you will get clues on what triggered their aggressive behavior.

Your cat’s aggression could be either defensive (fear-based) or offensive.

So when you notice that your cat is crouching, hissing, flicking its tail, flattening its ears, getting stiff while moving toward you, and growling with upright ears, then beware of how you interact with your cat.

It could attack you once you cross over the line, which wouldn’t be good.

Here are the common reasons cats randomly attack and tips on identifying the difference between harmless play and something more serious.

Why Do Cats Randomly Attack When You Pet Them?

If you own a cat, you know how cats randomly attack you for various reasons.

Nearly all cat owners have been the victims of feline attacks.

Your cat may wait for you to pass by before pouncing.

Many strokes result in a full-fledged teeth-and-claws attack when you pat them.

Most owners prefer to avoid getting bitten or scratched by their cats since their claws are unpleasant.

Here are a few reasons cats randomly attack and some suggestions for reducing your cat’s excessively “playful” behavior.

1. Cats Randomly Attack as a Way of Entertainment

Lots of cats have a lot of energy.

While cats sleep for up to 80% of the day, they want to be amused while they are up.

Kittens are usually up for playing at any moment.

So playing with your cat regularly, whenever convenient for you, is good.

You can also leave them to cat toys to play with while they’re alone.

Make them go hunting for their meals to keep their minds occupied.

Another reason cats randomly attack is that kittens begin to lose their baby teeth at approximately nine weeks of age.

You should anticipate much gnawing to help them adjust to their new teeth.

You may also prevent your fingers from getting eaten by massaging them with your hands away from your mouth.

If your cat randomly attacks while you’re distracted, it may be looking for attention.

Cats pouncing on us when we’re on the phone, working on our laptops, or going sleepily to bed is frequent feline behavior.

When convenient for you, give your cat lots of play and attention.

Ignore your cat if it attacks.

In that case, an attack might indicate that they’re in discomfort or have a medical problem that needs to be addressed by a veterinarian.

Arthritis may affect older cats, and long-haired cats’ coats may develop knots, making it uncomfortable to touch them.

Another reason why cats randomly attack is it’s a form of predation.

Play is preparation for real life; your cat may be hunting when it attacks you, and this is a natural behavior for a cat.

Encourage your cat to “hunt” for suitable prey, such as toys.

Tie a line around your waist with a toy attached and walk around your home with it dangling behind you.

The chase will be fun for your cat.

Grooming is something cats like doing for the people they care about.

Although it usually begins with the cats cleaning you with their rough tongues pleasantly, you may discover that they suddenly give you a nip or bite.

They groom themselves in the same manner—if there’s anything stuck in their fur that they can’t remove with their tongue, they bite it.

That’s why your cat attacks you.

However, it’s unclear if they’re biting you to remove a stray speck of dirt or whether it’s merely a display of affection.

In any case, repeat the step, and they’ll quickly realize what they’re doing is incorrect, and you’ll no longer be questioning yourself, “Why does my cat randomly bite me?”

If you interrupt your cat when they are furious or afraid of a situation, it may strike you.

The goal wasn’t to damage you but to let go of some pent-up energy. 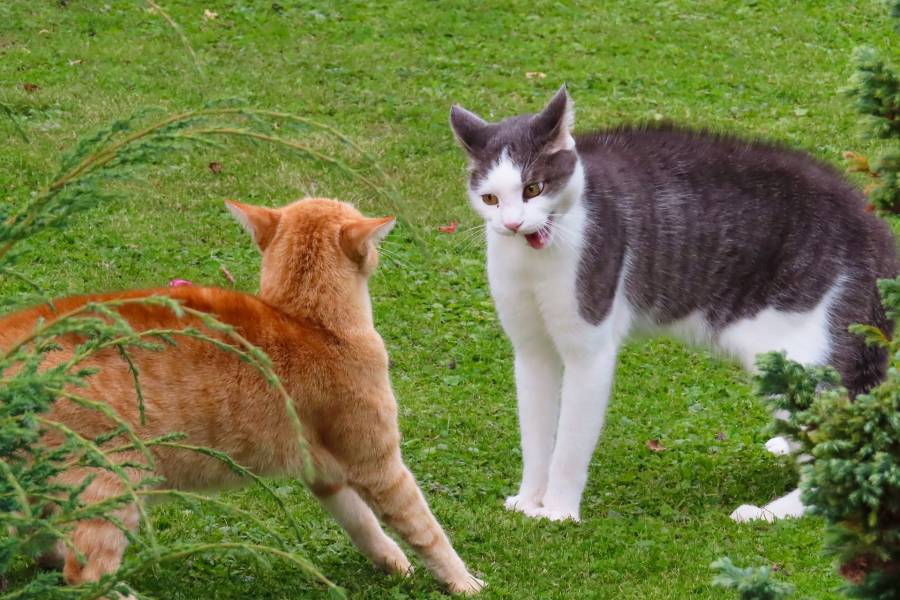 It frequently occurs when cats view other cats from a window or when dogs or children disturb them.

Consider the possibility of this occurring before approaching or picking up your cat.

Wrap your cat in a towel, if necessary, to keep them from attacking.

Then put your cat in a secure, quiet place until they have calmed down.

Male cats will instinctively seize a female cat with their lips and paws to hold her immobile and avoid injury.

Females resist mating by using their jaws and claws.

When we hold and massage our cats, they often respond similarly.

Reduce the number of strokes you give your cat by half, then gradually raise it by one daily.

If your cat tolerates very little, you might want to give them a food reward to make the process more enjoyable.

Another reason my cats randomly attack me is that cats display their devotion by nibbling on the people they care about.

They are forming a relationship with you and unaware they are harming you.

It’s most likely a carryover from their kitten days when they engaged with each other by mimicking fighting and pouncing playfully.

A quick nip is most likely the signaling method they’re ready to play.

Respond with a high-pitched “ow” (not too loud) and a quick movement away from them.

It will suggest that the activity is objectionable.

10. Fearful Cats And Pets May Tend To Bite

Cats might get afraid when there is a change in habit or living situation.

They also dislike change and may feel intimidated or want to flee.

Cats may randomly attack, too, if they are stopped from doing so.

Fearful cats inflict the most damage, so keep an eye on your cat’s behavior when bringing a new pet to your house or planning an extensive renovation.

If you sense they are becoming more defensive, your first instinct may be to comfort them to calm them down.

However, if they feel intimidated as you approach, you might do more damage than good.

Wait for your cat to approach you and provide goodies to help them learn that the new setting is not alarming.

This article should have given you a better understanding of why cats randomly attack and how you might help avoid it.

Always pay attention to your cat’s body language and preferences.

Then give them lots of appropriate toys to roughhouse with (no fingers or toes!).

Above all, be consistent.

Besides, it’s confusing to tolerate lovely nibbles on your arm but yell when they bite your ankles!

Your connection will be strong, loving, and bite-free if you learn to read your cat and offer them constancy.