For most cat owners, the behavior of their cats when they keep knocking over their water bowl is quite common.

It can leave owners frustrated and annoyed because they have to keep cleaning their cats’ mess. Some cats keep knocking over their water bowl even if it was just refilled with clean water. 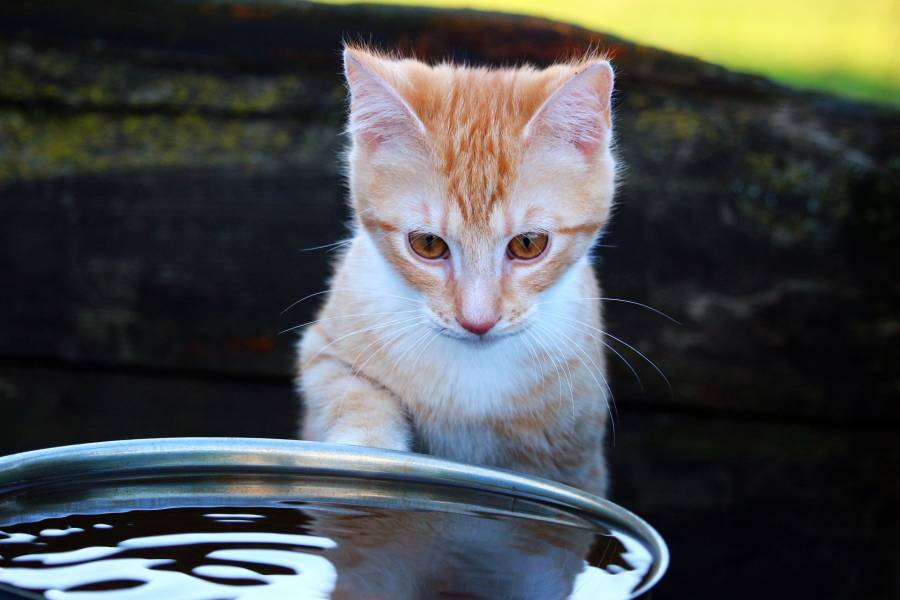 Regardless, most cats do spill water from their water bowl. We will look at all the cases of cats spilling water and some of the reasons why they keep knocking over their bowl. The reason for spilling the water may vary depending on the way they spill.

Reasons Why Cats Keep Knocking Over Their Water Bowl

Although when it comes to water, owners can testify that cats generally do not like water. It could be either a bath or just plainly being drenched in water.

However, cats, especially kittens that are filled with curiosity, can’t seem to stop fiddling with water.

It is more about the structure of the water bowl. Some cats prefer a water bowl with an additional height, while some prefer water bowls that are wide and shallow.

3. To Clean Their Paws

Grooming techniques in cats involve raising their paws and licking the dirt off their paws. The presence of a water bowl makes the grooming process easier for them to use water instead.

A common sign that the cat is grooming is dipping paws in the water bowl then licking paws. The knocking over of the bowl can be an accidental attempt to groom itself, especially if the bowl is light.

Cats do sometimes make attempts to seek attention. Such cats will likely knock over any object either on the floor or at the edge of the counter.

This is all to seek some attention. There are times where the knocking down of objects can be ignored because they don’t require immediate attention.

The cat will most likely knock over objects that require immediate attention, like the vase or the water bowl. It is because the cat knows knocked over objects will make the owner run over to its location.

5. Quality And Quantity Of Water

Another reason cats knock over their water bowls is that they don’t like the quality/quantity of the water.

For instance, they knock their water bowls over if they run out of water in their bowls. This is because they know the water will most likely get refilled. 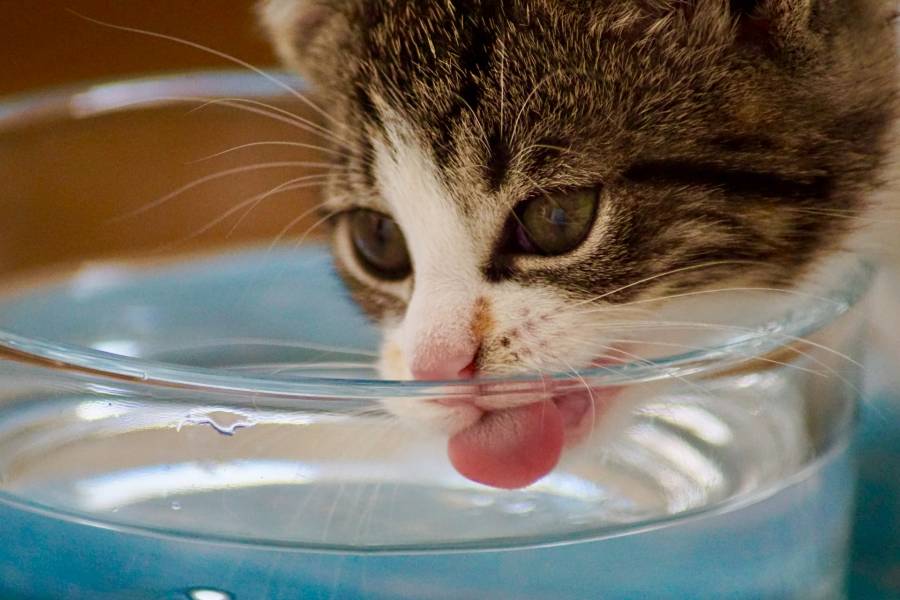 The ancestors of cats were used to drinking running water in the wild before they became domesticated.

If they do not perceive water in the water bowl, they can knock over the bowl.

Even if there is water in their bowl, they can knock it over because the water is still and transparent.  They might be knocking their water bowl over with the aim of getting their bowls refilled.

However, when the bowl gets knocked off, and the water starts running on the floor, they drink. This is because the running water creates a rippling effect that allows cats to easily see the water level.

This can often happen in a location where there are lots of cats in the room. Even though they might have different water bowls, they can feel pressured to knock their water bowls.

One of the reasons behind feeling pressured is because they see another cat knocking over the water bowl.

Cats do tend to observe and adopt the behavior of other cats, hence the word copycat.

Another reason is that cats do not want to lower their head to drink water out of fear of being attacked by other cats. In a home with more than one cat, cats tend to be hostile over who is the boss.

What To Do If My Cat Keeps Knocking Over Water Bowl?

Just like their ancestors, cats have that predator instinct, even though the cat looks all cute and adorable. Their predatorial instinct is to hit the object with their paws to see if it moves.

Play toys can be given to the cat to exhaust time and energy playing with it to discourage this behavior. That way, the cat does not have any more energy to play with any other object.

Place Objects That Float On Water

Another solution would be to place objects in the water. The water in the water bowl can be exceedingly still.

However, clean objects placed in the water can make the cat see the water level comfortably. These objects do need to float for this method to be effective.

Floor mats can also be placed below the water bowl to reduce the damage caused by the spillage.

The reality is cats have a better view of running water than they have of still water. Fountain water can be a competent solution because the water is always in motion.

Lastly, if there are multiple cats, the water bowls can be separated into different rooms. This can help with the pressure of drinking in front of other cats.

The way cats knock over their water bowls differ, and the reason for doing so also varies. It can depend on the type of bowl, instinct, number of cats, etc.

They may seem to be comfortable with drinking from their bowl and suddenly change their behavior.

The solution would depend on the reason why they keep knocking their bowls over.

A quick solution would be to get a water bowl that is hard to knock down and a floor mat to reduce the mess caused by the spillage.