Home > Guides > How To Tell What Animal Killed My Cat? – Detailed Guide

Do you ever wonder what animal killed your cat?

Cats are predators but can also be preyed on.

They’ll instinctively try to protect themselves against hurt as self-reliant animals.

Sometimes, they want to play, which may lead to a fight.

Roaming cats are instinctively territorial and fight when their space is invaded. 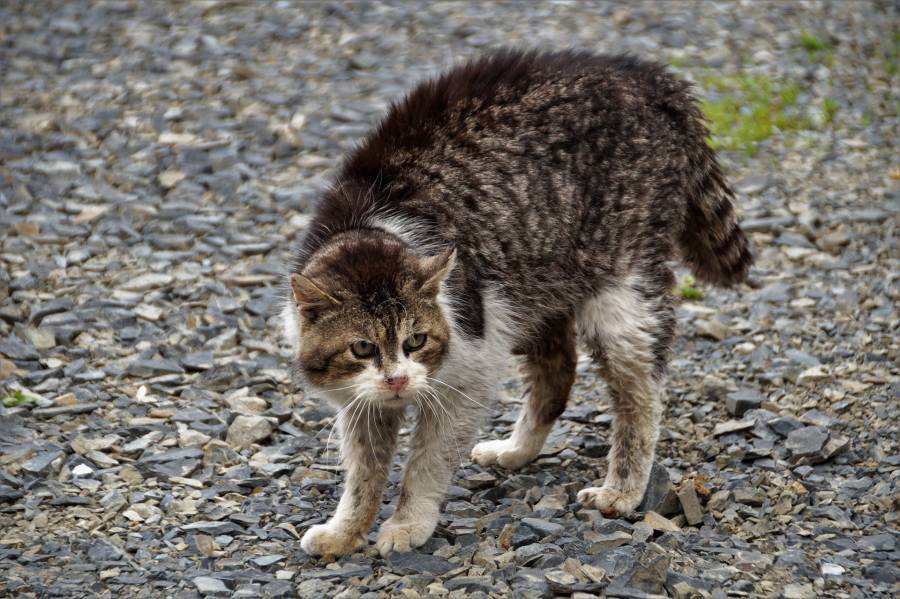 Although these fights rarely end with fatal injuries, the wounds could become deadly if left untreated.

How To Tell What Animal Attacked and Killed Your Cat

Even some comparatively small snakes, owls, eagles, and hawks hunt cats for food.

However, other animals may hurt the cat out of self-defense.

Here are a few animals that would likely attack and kill your cat:

Coyotes are deadly predators, popularly known for their wolf-like appearance.

They can attack anything up to their size or even bigger.

Although a cat could run away from encounters with a coyote because of its ability to climb faster, an escape is not likely.

The only guaranteed way to safeguard your cat is to ensure they remain indoors, especially at night.

Consider releasing your pet only into a secured outdoor area.

Coyotes would likely attack your cat on the neck area or head, leaving a puncture wounds on these parts.

They would not attack prey for fun, so if your cat is unlucky, you may find its abdomen open.

The internal organs and bones are the best part of the desert for coyotes.

This would be a very unfortunate situation when you learn what animal killed your cat.

Snakes are a massive threat to your pet.

They are usually pushed out by the warm weather and are famous around the rural developing areas.

Cats are investigative animals; they are likely to approach snakes if noticed.

This action might lead to the snake acting in defense to protect itself from harm.

Although snakes’ venom and attack vary, you must rush to the vet whenever you notice a snake bite.

Whether it’s a non-venomous snake, snake bites can be very dangerous.

On the other hand, a non-venomous snake bite will appear the same but without swelling.

Here are the symptoms that a snake attacked and (might kill) your cat:

Skunks make their homes based on convenient access to food.

They popularly dig the ground to stay and gladly live in tree stumps, rocks or woodpiles, abandoned buildings, and garden sheds.

Your pet’s remnant foods could be a perfect call-on for skunks.

You practically don’t want your cat to run into a skunk.

You’ll have a stinking cat running around the house after a minor encounter.

The skunk has a gland close to its anus that secretes stinky substances.

These substances have an awful smell and are usually released when the animal feels threatened.

In a fatal situation, the skunk’s claws can damage your cat’s skin.

Another issue with skunks is that they carry rabies. 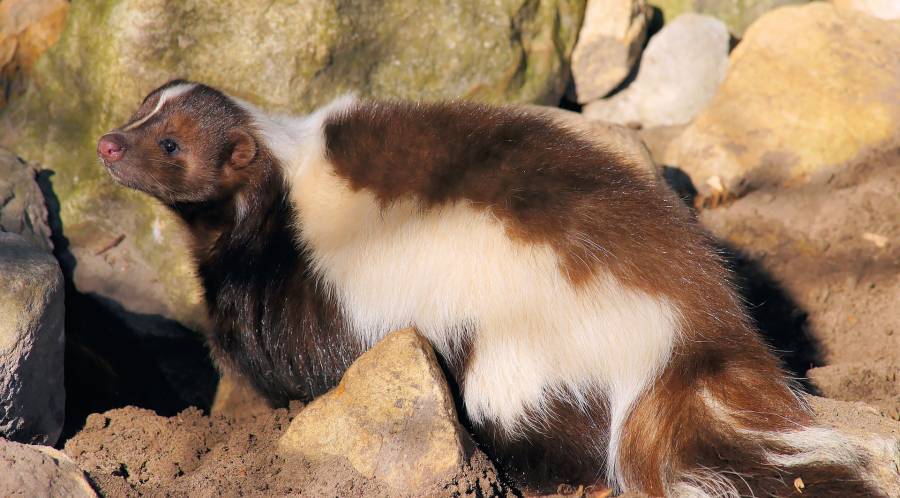 Depending on size, a groundhog lives in a forest or a bush.

Meaning that if your cat has access to these areas, there are chances an encounter with a groundhog is near.

While the groundhog will not readily attack a cat, it can inflict significant damage with its sharp teeth and claws.

The groundhog will attack your cat with its claws and sharp teeth when threatened. So your cat is likely to look torn, with bloody bruises all over the face and body.

Every wild animal is unpredictable and would attack cats if need be.

Although cute-looking, raccoons are no exception; their claws and sharp teeth could be lethal.

Chances that a roaming cat and a raccoon will meet are high because raccoons are common in urban areas.

A raccoon can overpower a cat in food or territorial fights because of its wild nature.

If a raccoon attacks your cat, you’ll likely see bite and claw marks over the cat’s face and body.

It will sting your cat when playing or trying to attack the scorpion.

Scorpions never prey on cats, but the cat’s curiosity and playful nature could startle a scorpion.

This, in turn, might yield a scorpion to attack your cat.

A scorpion stings with its tail which contains venom.

However, scorpion sting is usually more lethal in cats than humans because of their small size.

A mild sting will undoubtedly leave a severe wound.

Scorpions don’t like the rain and are likely to seek shelter in your home when it is wet.

Your cat will likely continuously yelp in pain with the affected area raised.

As the scorpion venom circulates the body, you might begin to see the following:

Foxes are almost similar to adult cats, so a fox will not deliberately attack an adult cat. However, this cannot be said of a more petite kitten, as it can’t defend itself.

However, the case might be different for a hungry fox.

Foxes like coyotes would also attack your cat on the neck area or head, leaving a puncture wound.

Porcupines are rodents with quills all over the body that work as protection.

A curious cat may mistakenly approach a porcupine without knowing the potential consequences.

The quills have bard on their tips, allowing them to cut through and remain stuck in the flesh.

Although these rodents would not intentionally attack your cat, they could act in self-defense.

You’ll see quills stuck deep in your cat’s skin. A quill to the throat could be bad news to a cat owner.

Wolves are opportunistic hunters, and when you live in an area with wolves constantly visiting your vicinity in one way or another, especially during winter, it might indicate that a wolf has killed your cat.

You may never even find any remains, so you can only assume.

But if it’s a common event in your area, you must be smart enough to keep it from happening again.

Do not let your pet cat leave your home, especially during winter, when the wolves’ food source is scarce.

Like their ancestors, your dog, a neighbor’s dog, or even a visiting dog might be the culprit of your cat’s death.

But they don’t necessarily hunt cats as wolves do.

It could be that specific dogs have aggression problems, and the sight of your cat triggers their madness.

Especially with large dogs, your cat or kitten may not stand a chance when in the right environment.

You’ll know by the bite when a dog hurt or killed your cat if it could still find its way back home.

If your cat has been attacked and you are unsure what animal did it, immediately rush it to the vet.

A veterinarian can offer supportive therapy to find out more.

If, unfortunately, the cat died, and you want to know what animal killed your cat, you can still get an autopsy.

A necropsy is an autopsy on animals that determines the cause of their death.

Ensure the postmortem is done soonest before the body begins to rot.

Cats left outside without safety are most likely to die in different circumstances.

Aside from cat attacks from other animals, cats are liable to death from different situations like infected wounds or injuries, urinary tract issues, parasite infestations, starvation, dehydration, cold, heatstroke, and many others.