Home > Care > Bleeding From The Bottom In Hamsters – Causes

People with busy lifestyles like keeping a hamster as a pet simply because they don’t require much attention.

They’re entertaining little rodents too, and you’ll laugh watching him running and exercising on his colorful wheel. 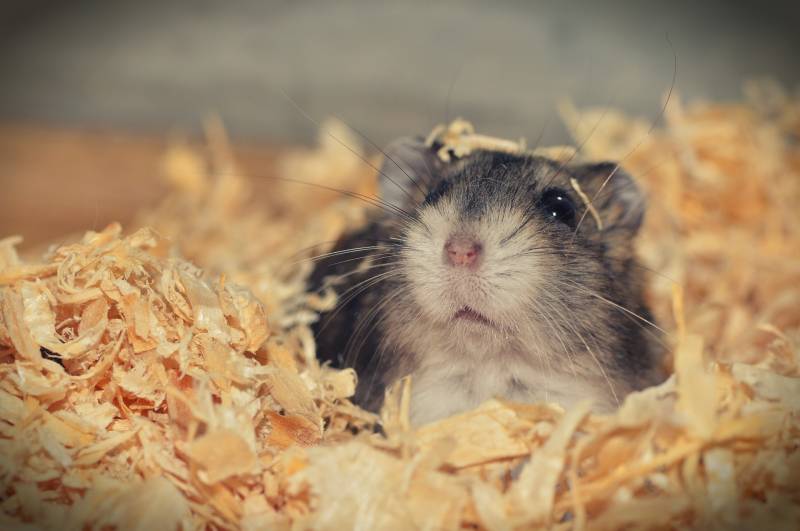 You give him love and security, so you don’t expect any trouble.

But why would your hamster now be bleeding from its bottom?

Could it be that he has hurt himself racing along on his wheel or somewhere sharp on his cage?

Hamsters will require veterinary care for a variety of things that can go wrong.

Why is my hamster bleeding from its bottom, though? What causes such a worrisome issue? Does one need to call the vet?

Why Is My Hamster Bleeding From Its Bottom?

The Cause Can Sometimes Be Unknown

You may well be a brand-new hamster owner.

When your newly acquired hamster is bleeding from its bottom, it’s better to take him to the vet.

It is always recommended to have a freshly purchased pet examined by a qualified veterinarian.

This way, you can ensure your pet is healthy and happy.

The most popular hamster kept as a pet is a Syrian Hamster.

Caring for a hamster isn’t tricky, but having one does require a basic understanding of its characteristics.

Do you know that your hamster can reach sexual maturity as early as 4 to 6 weeks of age already?

It’s crazy to think that at eight weeks, your female hamster can become a mother.

So to answer the question, ‘why is my hamster bleeding from its bottom’, you have one answer already.

You may notice bleeding and a discharge during your female hamster’s 4-day reproductive cycle.

During this estrus cycle, she may well have some blood and vaginal discharge.

Some hamsters will display this show of blood at this time, others not.

Her cycle will repeat, and she will go into heat every four days.

It can be pretty hard to tell where a hamster is bleeding from because of its small size.

With a female hamster, bleeding could well be coming from the uterus or bladder; Female hamsters can get cystitis, a bladder infection that will require the vet to see your hammy and possibly give you some antibiotics.

Blood in pee for any creature, let alone a hamster, is never a good sign.

The earlier the cystitis is seen, the better chance you have of it clearing up quickly.

You will need to give antibiotics to your hamster for about a week. It should clear up the bleeding.

You have to be careful with a hamster as being small; it can quickly lose blood and become anemic.

If your hamster is passing blood from the anus, it could also be a case of a wet tail.

This is a condition brought on by a bacterial infection that will require veterinary intervention.

Quite common in older female hamsters is a swollen stomach. This could indicate a tumor.

Your female hamster could be continuously bleeding and producing a discharge from her bottom.

Tumors located internally, apart from causing bleeding, can also cause loss of appetite.

The feeling of being under the weather can also bring on a kind of hamster depression.

Uterine adenocarcinoma is one of the most common tumors in hamsters, and it may be that surgery is the only treatment.

If your hamster is bleeding from the bottom, take him out of his cage and give him a good look over.

The idea is to check where the bleeding is coming from.

Just like people don’t always get along with other people, so it is with hamsters.

Some hamsters are solitary and object to sharing a cage with another hamster.

They will scratch and bite each other and, many times, target the genitals.

Of course, it can lead to bleeding or a raw area around the genitals.

If your hamster has bitten or scratched himself, you should be able to see what is causing his bleeding.

He may even have caught his broad bottom on something sharp.

You can try to wash the area with some warm water.

Watch that it doesn’t irritate your hamster and become infected.

If he has a cut in his bottom area and it’s not too deep, the bleeding should stop quickly.

Many people have checked their hamsters over and then been alarmed to see tissue protruding from the anus.

It could be a bowel prolapse and is seen as a medical emergency.

Your hamster will need to see the vet.  With the bowel outside the hamster’s body, he won’t be able to poo.

The situation could turn out to be fatal.

However, if he has a cut, make sure to check the cage for anything sharp.

Watch a cut lest it becomes infected and with pus.

Pyometra – Infection Of The Uterus

Blood found around the tail and bottom of a hamster may well represent blood in the urine.

Of course, another possibility is pyometra.

This is a life-threatening condition brought on by an infection of the uterus brought on by hormonal changes in the female reproductive system.

Progesterone is a hormone that is elevated after estrus (heat) for up to two months, thickening the uterine lining in preparation for pregnancy.

Most times, the older female hamsters experienced this infection.

With an open pyometra, you get a discharge of blood or pus from the vulva.

It oozes out when the hamster’s cervix is open.

This kind of bloody discharge from the vaginal area should be attended to by a vet as soon as possible.

A closed pyometra is more severe because the blood accumulates in the body with the cervix being closed. Blood poisoning can occur.

When it comes to treatment, spaying is one way of preventing pyometra.

If left untreated, this infection can lead to kidney failure, toxemia, dehydration, and death in some cases. 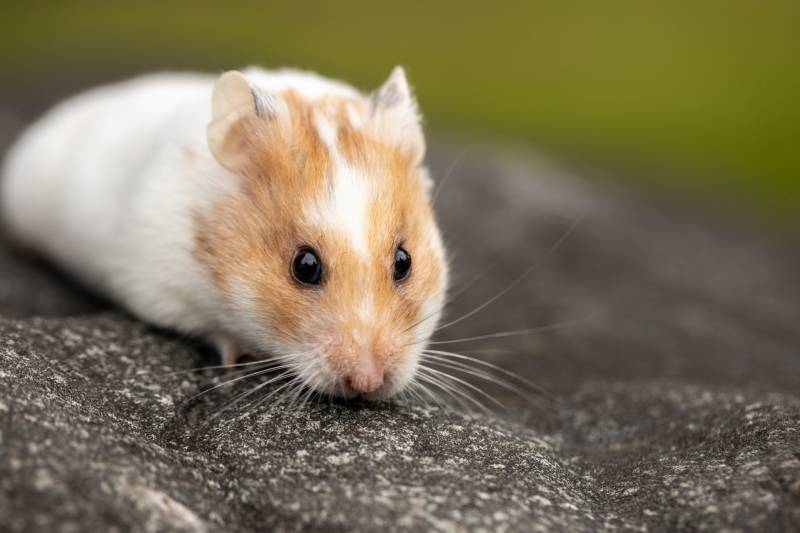 Most times, a hamster can have a reasonable birthing process.

At other times, particularly if she is a new young mom, the female hamster can have birthing problems.

Pregnancies usually last from 16 to 22 days.

If you aren’t aware that your female hamster is pregnant, you will have noticed an increase in her girth.

You may think that she has just been gorging herself and getting obese.

But as pregnant hamsters reach the time to give birth, they become active and restless and may have vaginal bleeding.

You’ll need to provide her with some nesting material.

Problems with birthing can occur, and this can include stillborns as well as tearing and damage during birth resulting in bleeding.

Why is my hamster bleeding from its bottom?

As you can see, there are a few health problems that hamsters can suffer from that cause bleeding.

If your hamster seems to be in pain and is bleeding, you need to get him to the vet.

Hamsters can get cuts and bleed just from its day to day activities.

There can be other more sinister reasons.

As you get to know and understand hamsters, you’ll be familiar with other tell-tale signs.

The old saying ‘prevention is better than cure definitely applies to keeping a hamster.

You can save yourself a lot of worry by knowing all the secrets to a healthy, happy hamster.

Fast-acting can save you a lot of unnecessary stress.