Every chicken has a comb on top of its head. It’s a fleshy red crest that is most prominent on males. There are about nine types of the comb, but regardless of that, its function remains the same. 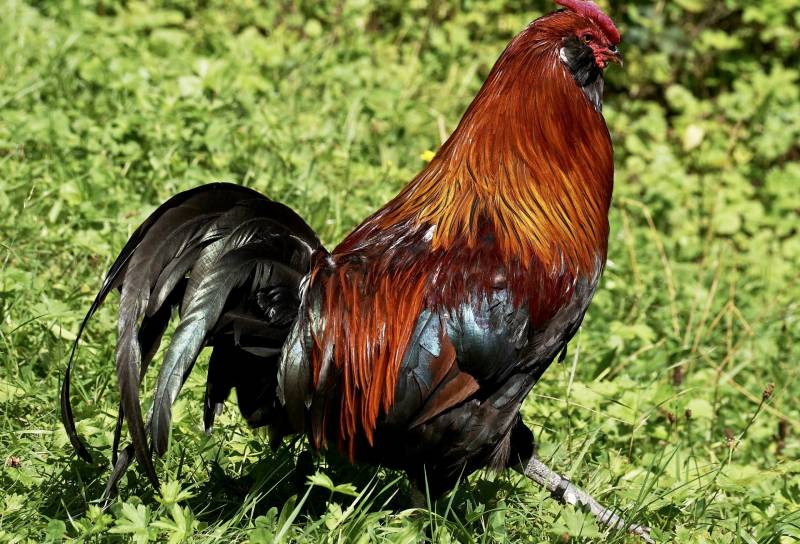 Chickens use their comb to disperse heat since, generally speaking, they do not sweat. But what does it mean when the chicken comb turns purple? Below, we describe the main reasons for that.

This is one of the leading causes why the comb of the chicken becomes purple. Mites and other parasites suck blood to the chicken that could result in various problems. If not prevented right away it may lead to anemia in chickens.

To prevent this, include red meat in the chicken’s diet to increase iron levels in their body. Some people also apply wood ash directly to the chickens to get rid of the mites or other parasites that reside on them.

Chicken’s comb might turn purple to signify that they are not getting enough oxygen or their blood is not circulating properly.

This is very common, especially if the chicken lives in an overcrowded and dusty place and if they are exposed to excess heat every day. If you suspect that the chicken has circulatory or respiratory problems, it is vital to treat it right away.

To prevent this, make sure the chicken has enough ventilation and their coop should be clean all the time. Good ventilation refreshes the ambiance in their coop and expels humidity that is racked up in the air.

It also automatically manages the heat levels in the chicken’s coop, allowing them to be more relaxed. The respiratory system of chickens is quite fragile, so keeping it healthy is essential to maintain their well-being and ensure they are in good shape.

This transmissible virus spreads and slowly infects the chickens. It can be identified firsthand as purple spots on the comb. After some time, the chicken will suffer from diarrhea and nasal discharge.

The viral infection can be passed to other chickens, so it is crucial to isolate the carrier right away.

To tend the problem and at the same time prevent it, one can use vaccination and antibiotics. The process is relatively complicated, so if you are not sure what to do, it is better to seek veterinary help.

If you observe the unexplainable weight and appetite loss in your chickens, they can be suffering from fowl pox, also known as Avian Fox. This virus infects the non-feathered body parts starting in the comb with grayish dots that later become purple.

It is harmless to humans but very contagious between flocks. There is no medication for this, and though it can last for months, it is not considered deadly.

For prevention, the coop of the chickens must be clean at all times. The virus is usually spread by insects like mosquitoes, so plants like mints will be helpful as insect repellents. It is advisable to isolate the infected chickens as well and introduce a more stress-free surrounding for them.

If chickens, especially those with prominent combs, are exposed to the chilly and moist condition, it could lead to the color change of their combs.

In most cases, it will eventually resolve itself. However, once it damaged the internal tissues, it is irreversible. Frostbite can only be prevented but not cured. 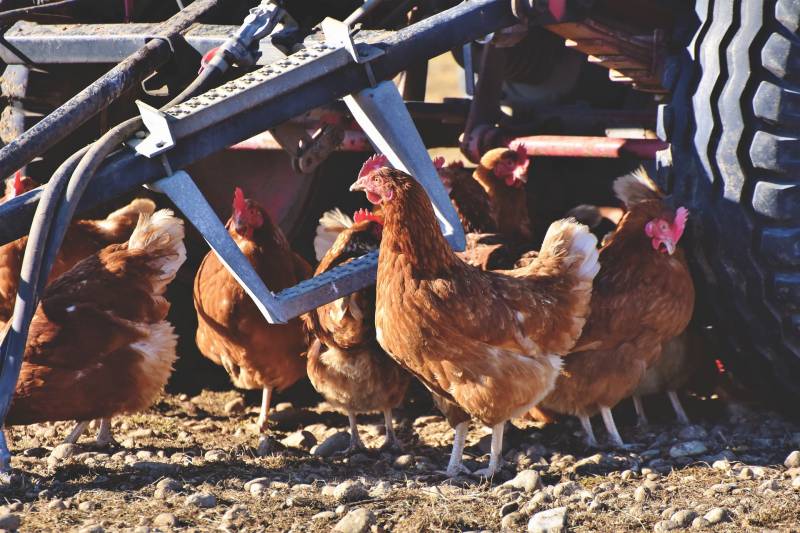 To fend off frostbite, the coop must be ventilated properly, and drafts blowing from other birds must be eradicated.

If the chicken looks depressed, its tails are tucked and sluggish, and the hair comb is purple, she must be suffering an egg bound. It means that there is an egg glued on her oviduct in the middle of the cloaca and uterus.

This may feel like a minor issue; however, this should be taken care of as soon as possible.

There are many possible reasons why a chicken suffers from egg bound. It might be the egg is too large, or they have genetic problems in their reproductive system.

Once you confirm the egg bound, arrange a warm bath mixed with Epsom salt. The water level must allow the chicken to dive into it entirely.

Put the chicken gently in the water and let her sit there for about 15 to 20 minutes. After that, dry the chicken and put her in a quiet and warm space, so she can lay the egg without any disturbances.

To prevent egg bound in the first place, make sure the chickens receive enough nutrients in their diet and are not stressed in their coop. A regular physical check-up is also advisable to ensure the well-being of the chickens.

Chicken combs are tiny crests on top of their head but who would have thought it has an amazing function. As a keeper, do not forget to check the combs of the chicken daily as it gives you the information about their health.

Remember to always check their environment, whether it is clean, adequately ventilated, and stress-free for them.

Also, making sure that the chickens receive enough nutrients from their diet is vital. All of these things will ensure that the health of the chicken is in top condition!