Home > Behavior > Why Will My Dog Not Poop Outside? – 8 Reasons

Whenever your dog wants to poop, he runs around nose to the ground. He turns around a few times and then squats down, ready to poop. For dog owners, it can be preferable if a dog makes his pooping process quick. 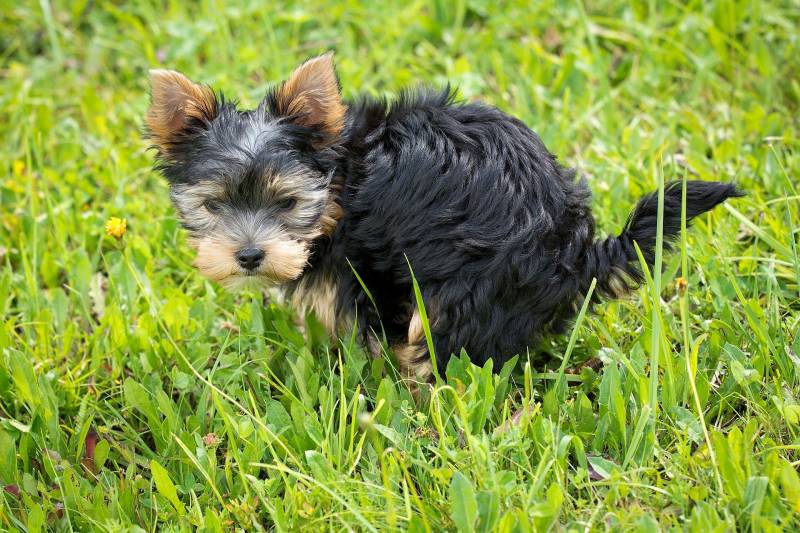 Once they have selected their special poop spot, they get rid of their bodily waste quickly. Still, for many dog owners, this is not so simple. What if your dog doesn’t want to poop outside? Today, we’ll look into 8 reasons for this unusual behavior.

Why Will My Dog Not Poop Outside?

1. He’s Frightened Out Of His Wits

If your dog is scared of something that happened outside, he may not want to poop there again. He fears a repetition. There may have been a bolt of lightning followed by a huge clap of thunder. It may have caused him to halt his pooping and scurry indoors.

When he’s indoors during a storm, he’s under the bed shivering. If you have a rescue dog, you’re probably not sure about his past. You don’t know what terrible things have happened to him.

Now he refuses to venture outdoors to do his poop. Not only that, defecating puts a dog in a vulnerable state. There’s that huge dog next door who paws viciously at the fence to get to a vulnerable pooing dog.

A common cause of fear in dogs is these loud noises. He may even have been exposed to some scary sight that happened outdoors. Be patient if your dog was traumatized outdoors. Pushing him outside will only make matters worse. It’s going to take time and patience to build up his trust and confidence.

If your dog won’t poop outside, it could be a training issue. After adopting an older rescue dog, it may become evident that house training never happened. You realize that wherever your rescue comes from, pooping inside is solidified in his brain.

Nobody said it will be easy trying to break old habits and instill new patterns in your dog. A rescue may be forever grateful to have a new, safe home.

However, he will be experiencing anxiety about the change in his surroundings. No matter how sorry you are for him and his many concerns, you will need to make your expectations clear.

There are excellent tips and advice available on how to untrain a dog. The guides will show you how you can teach him new ways while also aiming at reducing anxiety.

Dogs like familiarity. They are creatures of habit. All the things that he has been doing since puppyhood are entrenched in his mind. If your dog hasn’t been house-trained, then pooping inside the house is an ordinary process for him. A dog just doesn’t know better.

When a dog smells his own urine and poop, he has an instinct to relieve themselves in the same familiar spot. He likes to poop where he can smell his previous urine and poop. It’s comforting. Dogs will happily eliminate in the very same spot they’ve done so before. That’s why your dog might refuse to poop outside.

If you want to distract your dog from doing his business in the same spot indoors, you’ll have to clean it thoroughly. A mix of lemon juice, white vinegar, bicarbonate of soda, and some dish-wash liquid can clean it superbly.

A sprinkle of baking soda will wipe out the smell and your pet’s desire to use it as a regular toilet spot.

Take a look at your beloved old canine friend. He is refusing to go outside to poop, and it will require you to be more understanding. One day you’ll be in the same position, battling to aim your urine and feces in the right place.

Somebody will have to clean up after you. Your old pet may not be quick enough to get outdoors. He may even have forgotten where the door is to get outside. He could even have incontinence issues. He isn’t even aware that he is soiling your kitchen floor.

He has been your companion through thick and thin for 16 years. It’s time to reward him by being kind, patient, and understanding.

Like many humans don’t like the feel of certain fabrics rubbing together, our dogs have odd habits. Your dog might be picky about where he does his business. This is particularly so when you take over an older dog.

It may be that he is looking for a certain type of surface. Did you know that dogs and even puppies can develop a substrate preference? This is when he looks for a particular material to use to eliminate his poop with ease and familiarity. 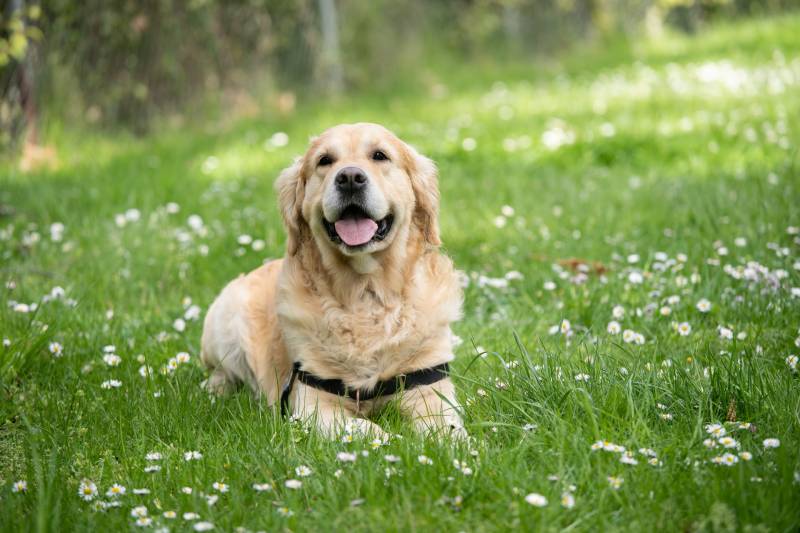 Who knows, in his previous home, he may have leaped onto the sofa and been permitted to defecate there? It’s a wonderful, honorable thing to take on a rescue dog, but you can’t tell what preferences they have developed.

6. Inside Just Way Too Long

This is such an apparent reason why your dog won’t poop outdoors. It actually ties up with the point of pooping where there are familiar toilet smells. If you work and you want your young dog indoors, he’ll poop inside. It isn’t his fault for doing all his business inside your house.

Dogs, especially when there is only one, should never be left home alone for too long. If you find this is your state of affairs, rather hire a pet sitter for a few months. Soon your dog will be old enough to be left alone outside.

If your dog was properly house-trained, and you left him indoors, he will have tried to keep his poop in. If you were away too long, he would have done his poop. He may know that he’ll be in deep trouble when you return.

Not all dogs are the same. Some take much longer to learn certain things than others. But eventually, even excitable, unruly dogs quieten down and start being more manageable. It can be really frustrating when our dogs don’t do what we need them to.

But have you ever thought that your dog could be embarrassed? Dogs are such clever creatures, and they can experience shyness and embarrassment just like us. Some dogs can pick up vibes that pooping is a private thing. They actually don’t like to be watched when they poop.

They don’t enjoy being outdoors pooping because you’re out there watching them. While there is nobody around interested in watching them poop, they don’t understand this.

A few things can cause your 4 legged friend to no longer want to poop outside. Understand his breed. There are many experts telling us how they have successfully potty trained their dogs of the same breed.

If you’re patient with your dog, he will want to please you and you can then reward him. Except for an old, sick dog, you need to show your dog that a large part of his life is being outdoors.

Luckily there are simple tips that will show you how you can teach your dog to take his potty breaks outside.