Home > Interesting Facts > Why Do Spiders Curl Up When They Die?

You’ve probably never bothered about that octet-legged insect you found lifeless near the Alcove, behind the bookshelf, or lying stiff next to the bin while vacuuming.

Perhaps you wondered at a point why the legs were so tightly drawn up to the abdomen. There are more than 43,000 different species of spiders in the world.

Their population distribution is the reason why you see them almost everywhere. It might have skipped your mind to notice the curled-up legs. 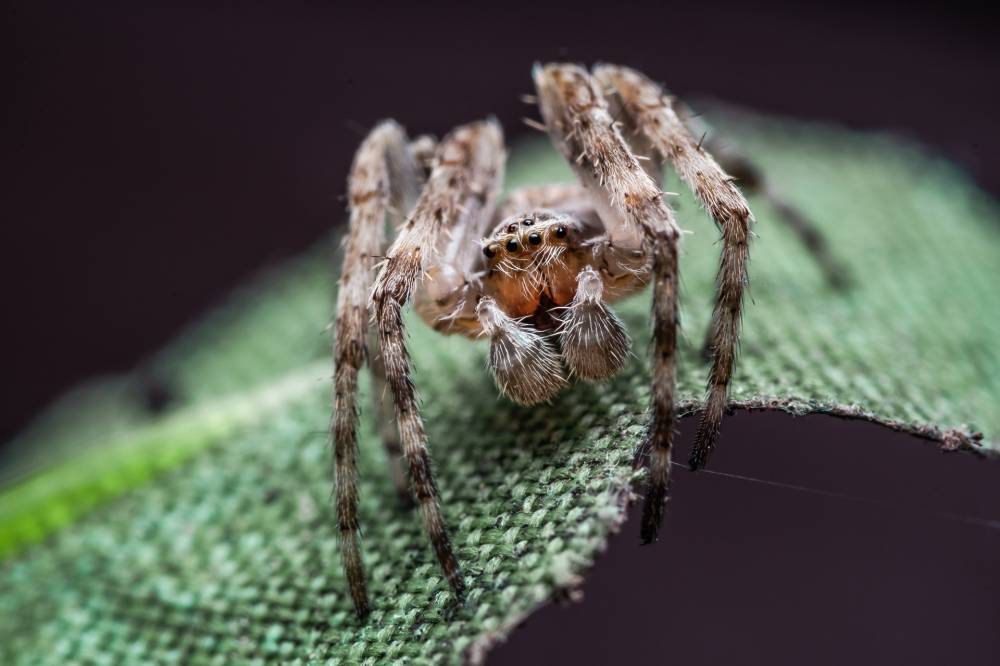 Spiders belong to the animal class Arachnida of the phylum Arthropoda, which gives them the characteristic eight-limbed structure.

Along with other species like the millipede, centipedes, symphylans, caterpillars of butterflies, and woodlice, spiders have the most numerous limbs.

In females and immature males, the leglike pedipalps are used to handle food and perform sensory functions.

This pedipalps segment (coxa) attached to the cephalothorax is usually modified to form a structure (endite) used in feeding.

The folding of the numerous legs post-mortem gives the noticeable ‘curl’ observed in dead spiders.

Reasons Why Spiders Curl Up When They Die

1. Absence Of Extensor Muscles In The Limbs

Quite interesting, right? Muscles are normally in pairs, one performing the extension function while the other flexes.

In spiders, however, the uniqueness is due to the need to have better-developed flexor muscles. The extensors are regressed.

Without the extensor muscles, how are spiders able to move? -Spiders move through a hydraulic pressure mechanism.

Spiders do not have extensor muscles, and they move due to pressurized haemolymph from their heartbeat.

Spiders have an open circulation- blood does not travel in vessels, and the organs are bathed directly in blood- haemolymph, in this case.

As the heartbeats, the blood flows to their legs, and there’s increased pressure in this body region, extending the legs.

Relaxation of the heart withdraws the blood from the legs and reactivates the flexor muscles, which keep the legs drawn up to the body.

Repetition of this process causes the motion of spiders- the transitioning of the legs from flaccid to erect in perfect harmony.

This mechanism is so effective that a spider can even take leaps. A jumping spider can jump as high as 25 inches, more than two feet.

They can jump 50 times their total body length, quite high for an organism with only one of the antagonistic pair. 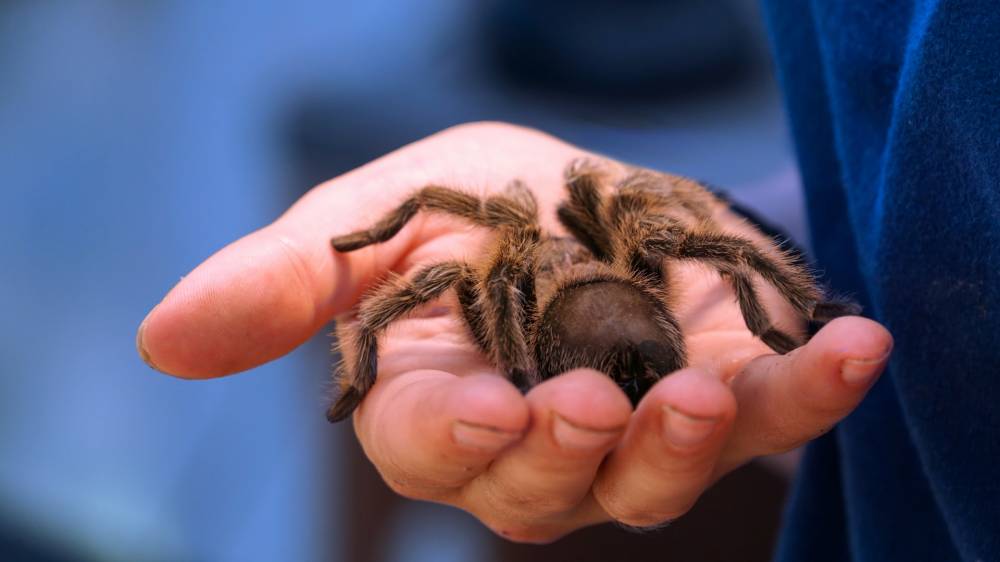 Postmortem, all metabolic and cellular activities cease. The heart stops; this means there is no organ regulating the pressure and flow of blood through the body.

The haemolymph loses its pressure, and nothing keeps the flexor muscles from their physiological functioning. Nothing to extend the legs!

This seizure keeps the legs permanently flexed and drawn tightly to the abdomen of the dead spider. It is the major reason why you see them curled up.

The eight legs are folded due to the absence of pressurized haemolymph. One other reason the leg remains folded is Rigor Mortis; Stiffness of the body after death keeps the legs permanently folded.

How Does Rigor Mortis Keep The Legs Permanently Flexed?

Rigor Mortis is a post-mortem phenomenon in which the muscles are constantly contracted, causing them to stiffen.

Physiologically this is due to the chemical modifications in their myofibrils. It is a biochemical change in the muscles that occur several hours after death.

The basis of Rigor mortis is the hydrolysis-breakdown of the ATP in the muscles. There is no energy for an extension.

Also, calcium ions that have been prior released due to stimulation from a neuron cause activation of actin-myosin cross bridging.

Myosin keeps on binding with active sites of actin proteins using ADP. ATP is not available to separate this binding and the muscle is unable to relax.

So when next you see a curled-up spider, you understand it’s because the muscles are stiffened and because the only muscles present in the legs of a spider are flexor muscles that are permanently stiffened due to Rigor Mortis.

Do Spiders Only Curl Up When They Die?

No, not only dead spiders curl up. Spiders suffering from dehydration are also prone to flexing their leg muscles, giving them a ‘curled up’ appearance.

When the fluid volume in spiders drops below normal the pressure is drastically reduced, and this means there won’t be enough haemolymph to pressure the legs for motion.

Spiders suffering from dehydration are seen immobile and dormant, can be mistaken dead. This can be treated by giving the spider water, and it almost immediately re-energizes the spider.

Do All Spiders Curl Up When They Die?

This can be proposed to be the reason why that classical ‘curl’ might not be observed in some dead species.

A Grammostola aureostriata was reported to have rarely moved from her favorite spot in the enclosure; a piece of cork bark.

The keeper assumed it was still alive since the legs were still ‘upright’. It was observed after a period; it wasn’t eating.

A while later, there was no movement, and upon a gentle nudge, she flopped on her back stone cold.

A local pet store owner narrated that a G. Rosea died and was sitting in the cage several days like that. It was also documented that not all tarantulas curl their legs up after death.

Some of them die in a normal post. Spiders during the molt period also most likely die still on their back and with the legs not curled.

Quite several factors can be responsible for the death of spiders. Frequently, spiders are likely to be killed from the force of a blast of water, breaking through their exoskeleton and smashing their organs, then they are likely to drown.

Spiders exposed to high-pressured water, just like those hanging beneath your bathtub in shower rooms or those found under the washbasins in toilets and kitchen, are highly vulnerable to these sorts of exposure.

Do not be surprised when you see them ‘curled up’ more in these areas.

In a nutshell, it is entirely normal to see a spider all curled up when it’s dead.

It is because the pressurized haemolymph is absent from extending the limbs, and Rigor Mortis causes the stiffness of the flexed leg muscles.

This is a fascinating myth to demystify, and when next you’re called for a sci-club meeting, you have a handy topic to dazzle their minds.

It can also be fun to describe to your siblings or friends. Whether your research is academically related or not, now you know “why spiders curl u when they die.”