Home > Care > Why Is Bullfighting A Bad Thing?

Today, we will criticize why bullfighting is bad by pointing out how it blatantly violates animal rights.

Bullfighting is known for many things; some call it fine art or a cultural spectacle, while others call it a bloodbath and a violation of animal rights.

How it is viewed depends on whether you are a supporter or a critic. 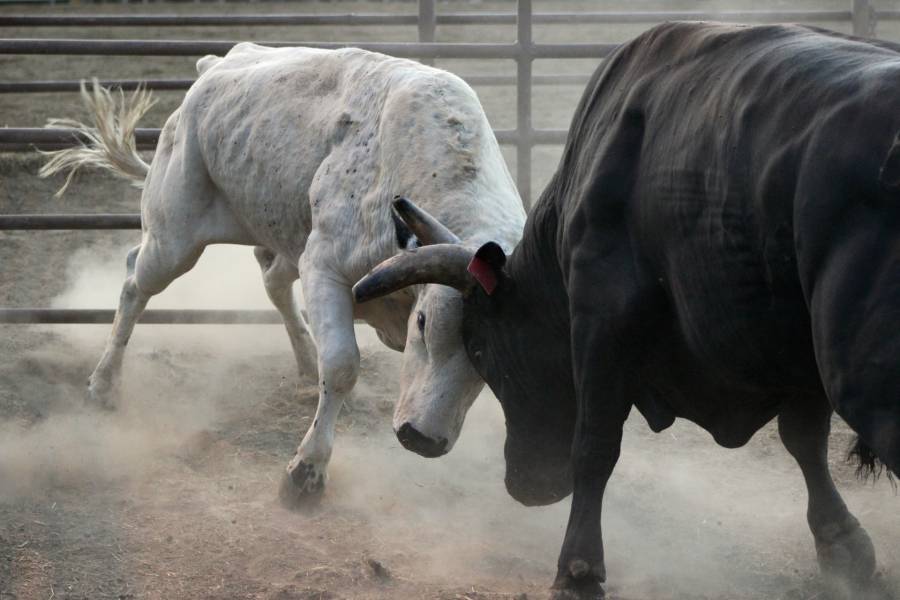 We see that the sport has been heavily romanticized, to brightly dressed matadors avoiding the charge of riled-up bulls while impressing the crowd with their form and bravery.

In the end, the courageous Matador outwits the beast and slays it to the crowd’s cheers.

Unfortunately, this imagery has blinded us to what bullfighting is – a far cry from the heroic story it is painted to be.

Reasons Why Bullfighting Is A Bad Thing

Bullfighting has been around for quite a while, and there is a significant effort to protect it. After all, many regard it as Spain’s most popular sport (which is false, by the way).

Bulls go through a great deal of torture before they are even led into the ring. Bullfighting is romanticized as a contest between man and beast, but this is far from the truth in reality.

Any bullfighting spectacle aims to immobilize, subdue, and eventually slay the beast. The Matador wins virtually every fight, and the bull is slaughtered.

We have rare cases of the bull performing so well that its life is “spared.”

These barbaric acts towards bulls are one reason why bullfighting is unethical.

As we mentioned earlier, before the torture fest in the ring, the bull already journeys through hell in preparation for its big fight.

Weights are used to weaken the animal’s strength, and their vision is impaired using petroleum jelly. Not only that, but they are also force-fed salt to reduce their speed and make them easy targets.

In addition to these gruesome acts, they are kept in less than habitable spaces. Such living conditions result in the bull becoming anxious and confused.

These are more examples of animal cruelty that bulls face for entertainment—further supporting the notion that bullfighting is wrong.

Now within the ring, the bull is subjected to more barbaric acts in the hands of picadors. Picadors operate differently from Matadors.

They ride on horses and stab the bull with a spear-like weapon, a lance. Finally, the bull meets its death by the Matador.

In the past, the “sport” had respect because of what it represented and the state of human thinking.

People had no reason to view animals as sentient beings capable of as many emotions as those who slaughter them for entertainment.

Bull fighting’s grip on people has loosened significantly in modern times; attendance has dropped by 30% within the past eight years. Many Spaniards no longer care for the practice and view it through new lenses.

With the advent of animal rights in the twenty-first century, more people have accepted animals as sentient beings. Hence, bullfighting is archaic and doesn’t have much relevance in modern times.

Bullfighting was also linked to several pagan celebrations, which led to its ban by the church. The practice was frowned upon to the extent that the church excommunicated people who supported it in any form.

Its link with pagan festivities is why bullfighting is controversial and should be scrapped.

It Is No Longer Traditional

There’s a saying that man makes traditions and shapes culture to serve him; it is not the other way around. If this is the case, then why is bullfighting still in existence?

Many defend this act under the guise of preserving their culture. But when analyzed critically, is this a tradition worth protecting?

The tradition is where innocent animals are tortured to death for no reason other than pure entertainment. What’s worse is that even the people who endorse this bloodbath are equally in danger.

Bullfighting is inhumane and doesn’t need preservation. From an ecological point of view, we ignore the number of bulls slaughtered for bullfighting annually.

The number goes over tens of thousands in Spain alone. The figure becomes smaller in countries like Portugal, Mexico, and France, where the act is not revered.

Not Only Bulls Suffer

Bulls face a significant amount of cruelty during bullfighting festivities. However, we can’t overlook the fact that the bulls are not the only animals endangered for the sake of entertainment.

Bullfighting is cruel because it endangers the lives of other animals and even people.

Horses are forgotten victims in the story of bullfights. They are introduced into the bullrings when the picador takes the stage.

Picadors ride horses and use a lance to stab the bulls. The pain from these stabs causes the bulls to attack the horses on reflex.

The horses are provided with protective gear during these fights in the ring. However, there are times where the horse’s gear may be damaged from the bull’s attacks.

The damage may be so severe the horses either die in the ring or are put down.

Horses undergo enormous amounts of stress during bullfights. In some types of fights, the horse is blindfolded, leaving them confused and open to danger as they cannot see an attack coming or avoid it.

All these instances sum up just how bullfighting is unfair in treating horses during these events. 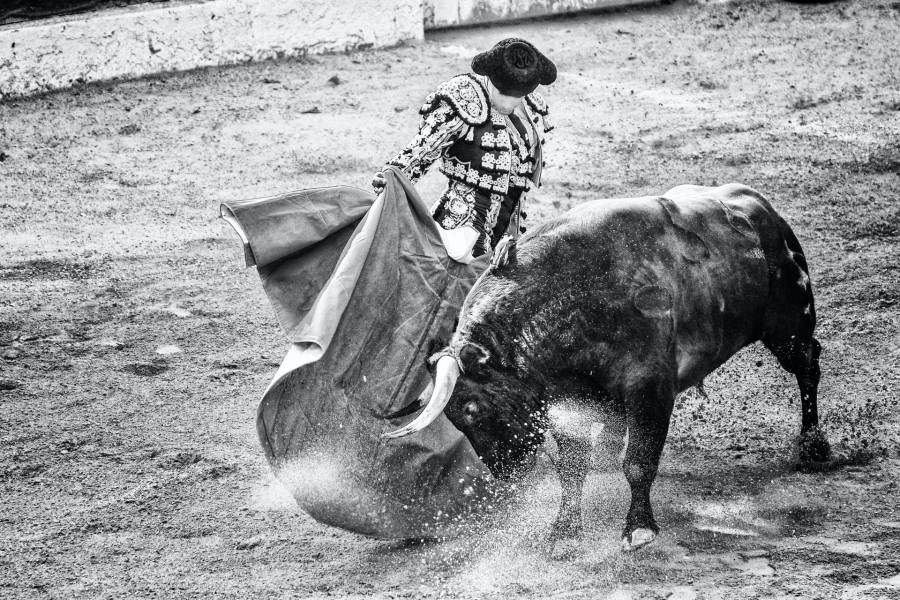 Humans Are Also At Risk

The damage goes beyond animals; even humans are at risk of fatal injuries during bullfights. During bull runs, the chances of being hit are relatively low, depending on the location.

But that doesn’t mean it isn’t something to worry about.

Hits from bulls lead to injuries that range from bruises, goring, and in severe cases, death. Even the beloved Matadors are in grave danger when they participate in this bloodbath of a sport.

We have seen repeated cases of Matadors being gored during bullfights. Picador and Banderilleros are gored less often when compared with the star of the show, the Matadors.

Sometimes they end up dying from the attack.

The possibility of sustaining injuries that could lead to death is a clear pointer to why bullfighting is dangerous to even humans who are the organizers of the event.

Battles between man and beast have always existed throughout history. We have the gladiators who fought against lions and sometimes bulls.

Bullfighting dates back to Romanian times where the act was part of celebratory festivities such as royal weddings and military victories.

Bullfighting evolved from riders on horsebacks stabbing the bulls with lances (known today as Picadores) to being slain on foot with a sword by Matadors.

While the sport is held in the highest regard by Spaniards, bullfighting takes place in other parts of the world, such as France, Mexico, and Latin America.

The concept of bullfighting is simple. A bull is brought into the ring to face several opponents, the main protagonist being the Matador. The Matador uses a red cape (Muleta) to rile the bull and make it charge towards him.

Many people are under the impression that the color red riles up bulls when they are color blind in reality. The choice of a red-colored cape is to hide bloodstains.

Picadores may be introduced into the ring to jab the bull with their lances to weaken it for the Matador further. Banderilleros plant little flags on the bull during the event.

The flag is usually the color of the bullfighter’s birthplace, and his objective is to place the flags on the bull’s shoulders by getting as close to the bull as possible.

Banderilleros are aids to the Matador; through piercing the bull, they can change the direction it is charging in or cause it to come to a complete halt, thereby removing the Matador from danger.

Taking a Stand Against Bullfighting

If you understand why bullfighting is unethical and would like to see it banned in the future, you can do a few things to make this a reality, especially when you are in a country that participates in it.

Don’t run with the bulls- all bulls chased meet their demise in the bullring, shun the gruesome act before it starts.

Never attend a bullfight- this is straightforward; the fewer returns these events make, the less likely the government will continue to host them.

Take action- don’t just send letters and report to organizations; go as far as refusing to visit countries that indulge in bullfights, so their tourism sector is affected.

Bullfighting is defended on multiple grounds; it preserves their cultural heritage too many. Not only that, the event could be described as a form of art. It takes great skill to participate in one successfully.

Others support the act because the slain bulls are taken to the abattoirs and sold to local vendors and restaurants.

There is no doubt that the meat from these bulls is fresh and free of chemicals associated with breeding bulls for meat. In essence, it is healthier.

Whatever the reason for supporting bullfighting, it cannot be overlooked that the cons outweigh the pros by a landslide, hence why bullfighting is wrong and should be banned.

The disregard for animal rights endorsed by this act is a sad representation of what humans stand for in the grand scheme of things.