Home > Behavior > Why Do Guinea Pigs Poop So Much

Does the amount of poop your guinea pig produce in a day leave you wondering about its pooping habit? Does cleaning up your guinea pigs’ poop several times a day bother you? 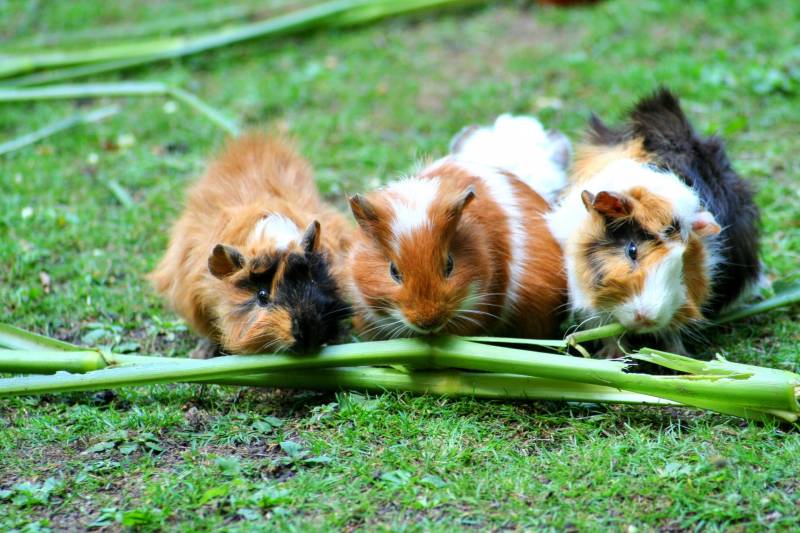 Well, you are not alone, as these are the common issues ringing in the mind of new guinea pig owners.

Keep reading to find out more about the pooping habits of guinea pigs and what you can do to manage them.

Is The Constant Pooping Of A Guinea Pig Normal?

The answer is Yes! Your guinea pig is not any different from the others by pooping all day. They are known for pooping while they are sleeping, eating, or just breathing.

Generally, there is no specific time or pattern for their pooping as the animals follow their urges when performing the action.

A healthy guinea pig is expected to poop between 100 – 150 times per day. However, the quantity of poop varies as it depends on the type of food consumed and how much.

The amount of stool produced depends on the guinea pig’s diet, age, weight, and activity. Here are a few reasons your pig is pooping a lot:

A poor diet leads to the production of less than average daily poop. In contrast, a robust diet results in more poop than usual. What goes in always comes out! The more your guinea pig eats, the more it is likely to poop.

An example of a poor diet is the over-consumption of fruits. The improper diet could have drastic effects on a guinea pig’s such as

Hay, a component of a robust diet, is known to cause the most poop. If you observe your pet consuming large quantities of hay all day long, get your vacuum ready to clean large amounts of poop all day.

It is important to note that Guinea pigs, like some other sect of herbivores, have to digest food twice. When they eat the first time, the food completes a cycle in their digestive tract and is excreted as cecal pellets (poop 1).

The guinea pig watches out for the cecal pellet and proceeds to eat it when they find one. The pellet may belong to them or any other guinea pig in the location; they are not choosy. Sometimes they eat the pellets directly from the anus of other pigs.

Once consumed, the cecal pellet completes another cycle in the digestive tract and comes out as poop (poop 2). This entire process is known as coprophagia.

Guinea pigs can spot the difference between poop 1 and poop 2, and they do not consume poop 2. Though gross, eating their poop is beneficial to guinea pigs.

Failure to poop could mean that the guinea pig has fecal impaction. This life-threatening disorder occurs in both humans and animals and results from prolonged constipation.

Also, if your pig squeaks when pooping, it is not normal and is typically a sign of illness. When a guinea pig begins to feel pain when passing poop or peeing, it could be due to bladder stone or bladder pain from urinary tract infections.

It is recommended to visit the veterinary doctor immediately as prolonged pain may become life-threatening.

Though the regular clean-up of poop may be a burden, frequent pooping is absolutely necessary.

In a roundabout way, this factor is also affected by the diet of the guinea pig. To maintain a healthy weight, the guinea pig needs to have a proper diet.

If for some reason, your pig is getting a stable diet but is unable to maintain a nice weight, it would affect the rate of poop. It means that something is wrong with its digestion, and it would be best to visit the vet doctor.

Newborn pugs have very little movement and feed on their mother’s milk. They do not eat and move enough to poop 100 times daily. This is the same with older pigs that move and eat less due to their seasoned bones. 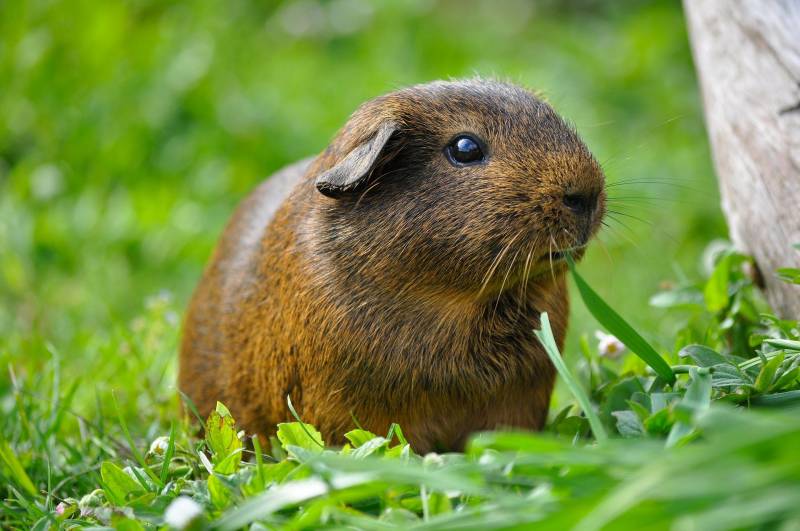 Movement is a sort of exercise for guinea pigs, and it is essential to help digest their food faster. Without moving around, guinea pigs digest slowly and get fewer urges to eat.

If your guinea pig is running around its cage and pooping everywhere, it is of the age to do so.

Generally, feces from all sorts of animals are used as fertilizers, and those from guinea pigs are not any different. Suppose you have a mini garden and desire to only use natural fertilizers for your vegetables.

In that case, you can dissolve your guinea pig droppings in water, then administer the mixture to the vegetables.

Guinea Pigs Pooping In Their Food?

This can happen for several reasons. Untrained guinea pigs poop everywhere, and their food bowl is not an exception. Also, the pig may poop in the food as a way to mark their territory.

This can happen whether the pig is alone in its cage or not. Another reason is that guinea pigs are constantly excreting cecal matter and poop, so contaminating their raw food with excreta makes no difference.

Now that you know why guinea pigs poop so much, does it make a difference in how you view them? Poop or not, they are still adorable creatures.

Hopefully, this article’s information has helped you understand guinea pigs better and adequately instructed you on how to cater to their poop needs!