Home > Interesting Facts > Why Do Snakes Eat Themselves? – Reasons Explained

Snakes are well known to feed on a wide variety of small animals and birds. Eating other species and their eggs is common practice in snakes. But hardly anyone knows about cannibalistic (an act of consuming one’s own flesh, eggs, and conspecifics) behavior. 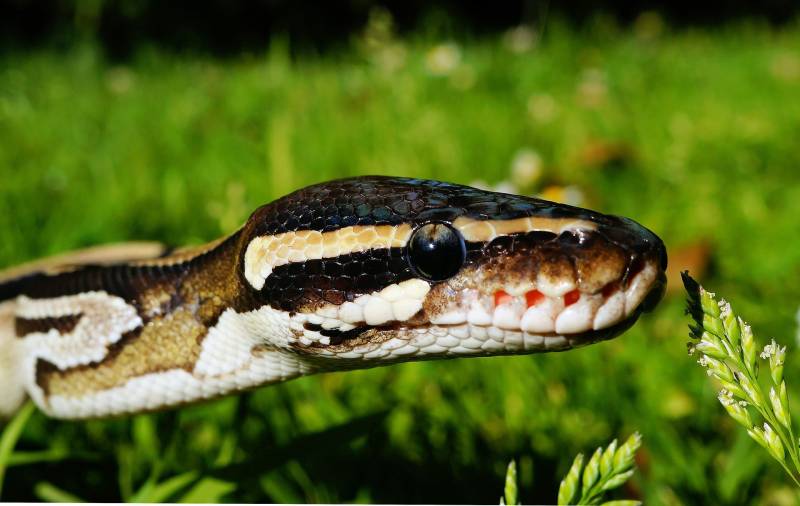 Over the years, several biologists, zoo workers, and researchers have observed cannibalism in snakes. Did you ever encounter snakes eating themselves and are now wondering for the answer? If yes, we’ve all the answers to your confusions.

In this brief guide, we’ll explain the scientific reasons behind why snakes eat themselves; what are the best possible solutions to save a self-cannibalizing snake.

Why Do Snakes Eat Themselves

To date, behavioral biologists have observed different types of cannibalism in snakes:

Self-cannibalism In Snakes: Is It Common?

Snakes exhibiting such behavior are rare. Usually, when snakes start sinking their teeth in and not letting go, saving them may become impossible.

A handful of researchers have found that snakes start eating themselves when they’re either over-stressed or overheated.

In general, all species of snakes are ectothermic (cold-blooded) animals. All snake species need an external heat source to keep them warm, e.g., heat lamps, sunlight, etc. During hot and humid weather, snakes sometimes get too hot.

Unlike humans and other mammals, snakes don’t have sweat glands to maintain their inner body temperature. Too much heat can even kill a snake. The only way for them to balance their body temperature is to move to a cool, shady area.

Being in captivity, when snakes get too hot and are unable to find a shady area to move, they get confused. High confusion can then lead to messier metabolism. So, what happens is that when their metabolism gets messed up, they start getting wrong hunger signals.

The overheated snakes get a false sense that they’re starving. Without any potential prey to feed on, the perplexed snake starts considering its tail as prey. The confused snake will keep on eating itself until it dies.

When you encounter such a scene, pour the cool water on the snake. This will help in cooling down his overheated body temperature. Immediately bring the snake to a vet. A veterinarian may provide you with practical methods to help the snake.

Snakes are impulsive creatures with small brains – they react based on their basic instincts. When snakes are held in captivity, certain situations or incidents can overstress a snake. Snakes feed on rats and other small vertebrates.

The captive snake can get stressed to the point where he can’t differentiate between his tail and rat. He’ll consider his tail as prey and instinctively jump on it to ingest. The overstressed snake will have delusions and assume his own tail as a food item. 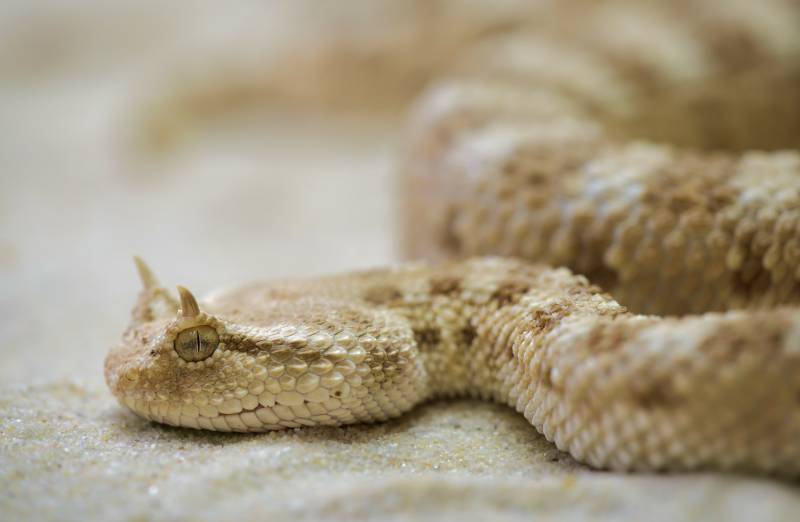 To handle such a situation, immediately contact your vet. Taking professional help will be better than rashly taking things into your own hands.

What Can Overstress A Snake?

Starvation can be one of the reasons why snakes become overstressed and try to eat themselves. If you haven’t provided enough food to your captive snake, he may get stressed and assume his tail as prey.

Starvations can easily cause stress-induced hallucinations in snakes. A 2020 study found that hunger can increase cannibalism and decrease anti-predatory behavior in several animals. Hence, don’t let the snake starve and become stressed.

If you’re a snake caretaker in a zoo or private clinic, make sure you provide the snake with abundant food.

Too much darkness can cause stress in snakes. Snakes who can’t distinguish between light and dark get overstressed trying to know whether it’s day or nighttime. Not knowing the time of the day can be very disorienting for the snakes.

It’s crucial to provide snakes with vast space where they can stretch and roam around. Snakes feel ill if they’re crammed into a small room or terrarium. The room/terrarium should be wide enough to let a snake stretch out entirely.

In addition to reduced eyesight, snakeskin might also release the smell of previous meals during the shedding process.

The meal-like-smell can create a false alarm and confuse the snake to think that shedding skin is a meal or prey. In such a case, the snakes might try to eat the partially shed skin and end up consuming their own tail.

Snakes are solitary creatures who like to stay in their own calm and cozy place. Being in captivity, snakes sometimes get more aggressive. They mistake their own tails for that of a predator. Snakes aren’t fond of good company.

The size-structured cannibalism is common in snakes where big snakes eat small snakes. When snakes are captive in a small room or terrarium, they are unable to stretch out entirely.

When they curl to adjust themselves into the room, they end up thinking of their tails as predatory snakes. The aggressive snake can easily get triggered, attacking its tail.

Although autocannibalism in snakes is rare, confinement and hot temperature can trigger this behavior. Extremely hot and humid weather can mess up the metabolism and basic intuitions of the snakes.

They can confuse their tails as prey or a food item. Make sure you regularly observe their behavior to ensure their safety. Provide them enough space to stretch, slightly warm temperature, and regular meals.