Skunks are known for their strong spray that they produce mostly at night. This spray is very frustrating as it can linger for days if not removed properly. 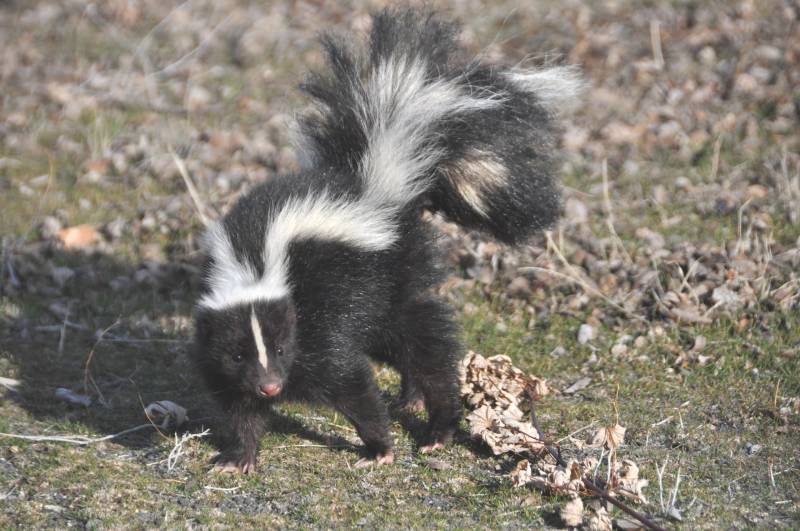 With this in mind, knowing why a skunk spray is vital so that you can avoid this nocturnal creature as much as possible.

The main reason why skunks spray is to protect themselves. Skunks have two glands near their rectal opening that has the liquid that they are popular for. Many people confuse this liquid with gas since it’s sprayed out in a mist. The liquid is a yellow, oily substance with a pungent smell.

The skunk only releases this liquid when it has no other option. If it becomes startled, scared, and intimidated, it will produce this spray to protect itself from the predator. It’s also important to note that the skunk’s spray can reach up to 15 feet away. Additionally, these small critters can produce this spray up to five times in a row.

Since it can take up to a week for the skunk’s body to restore its spray, these animals don’t really want to use up the spray. That’s why they only spray their predators as a last resort.

If you encounter a skunk, it will start by hissing and stomping as a warning sign. In the real sense, the skunk is trying to scare you away so that it does not use its spray.

Unluckily, if skunks spray gets into your face, it will cause partial blindness and significant eye irritation. Therefore, if you accidentally encounter this creature, you should cover your face and avoid the spray from entering your mouth, nose, and eyes.

Depending on the amount of liquid released, the skunk’s odor can stay on surfaces for days or even months. That’s why you may smell the skunk’s spray days after getting rid of its den under your home.

To Ward Off A Potential Suitor

Another reason why skunks spray is to ward off a potential suitor. The skunks mating season is between late February and early March. During this period, the weather is warm, and skunks can look for food and mate. But if the doe or female isn’t interested in mating, it can chase away the duck or make skunks by spraying it.

However, the spray produced is not a full spray like the one used to deter predators. Nonetheless, it’s enough to chase away their male counterpart. That’s why you’re likely to smell skunks spray during February and March when they are very active.

Besides, the female skunk may travel up to a mile and a half in a day, while the male skunk can travel up to seven miles a day. Hence, if you live near a skunk’s habitat, you will likely smell their pungent odor during this time of the year.

Why Do Skunks Spray Every Night?

Skunks spray at night because they are nocturnal creatures. This means that they are asleep during the day but active at night.

If the scent of the skunk is strong, this means that it’s close-by. But if the smell is faint, this indicates that the skunk is far away. Also, smelling the spray of a skunk at night means that this small creature is in danger and it’s trying to protect itself. 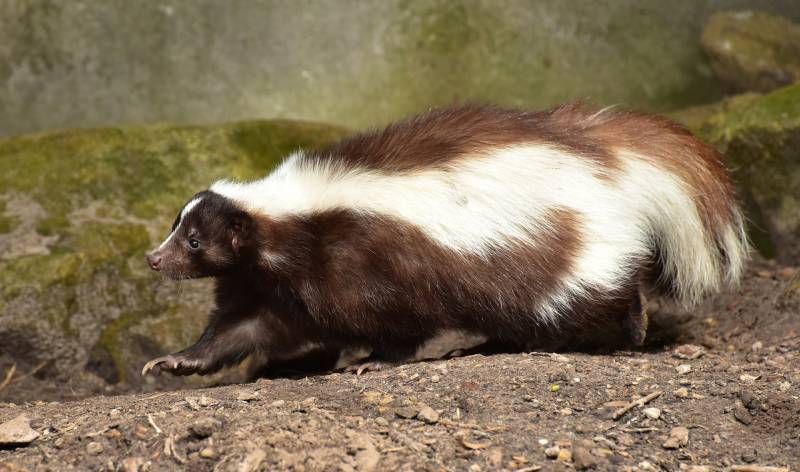 Skunks are also very active at night as this reduces the chances of other predators attacking them. Predator birds like hawks and eagles are inactive at night, which means that the skunk doesn’t have to worry about flying predators. This is a defense mechanism that’s not only used by skunks but also other spraying animals.

All of the animals that use spraying as a defense mechanism usually spray at night. This is because they can be ambushed by their predators from close range.

As a result, the skunk turns away the predator by unleashing its irritating spray. This spray is potent and can ward off all kinds of predators, with bears and foxes included.

Why Do Skunks Spray Under The House?

If you’re smelling a pungent odor from skunks under your house, then there is a chance that a skunk has created a den in your home.

Skunks usually create dens under your house, shed, or porch to prepare for winter. During this time, several skunks will gather in one den to provide warmth to each other.

Besides, you may also smell skunks spray under your house because your dog was sprayed, and it rubbed the smell on the house. If the dog is sprayed and rubs on your sofa or carpet, the smell will even be unbearable inside the house.

Another reason why you may be smelling skunks spray under your house is that it may have been around and left. Maybe the skunk was looking for food and encountered your dog. As a defense mechanism, it unleashed its spray, which hit under your house.

If the skunk has built a den under your house, you can easily get rid of it. Get in control with a skunk control company and get rid of the skunk.

How Are Skunks Able To Spray Accurately?

Skunks spray to protect themselves and to ward off their male counterpart during mating. So, if you hear a skunk’s smell at night, know that this small creature is in trouble. But if it’s during February or March, know that it’s chasing away a buck.